From our benchmarking results, the 2666 C11 was predicted by MemTweakIt to come out on top, and in all the benchmarks we have that show results, it did, often by the smallest margins.  The biggest difference seems to be with respect to WinRAR, where for our 450+ second test the 2666 C11 kit performed 22 seconds faster than a 2400 C10 kit.  If that 5% change can be justified in the price for what you do, then this kit could be for you. 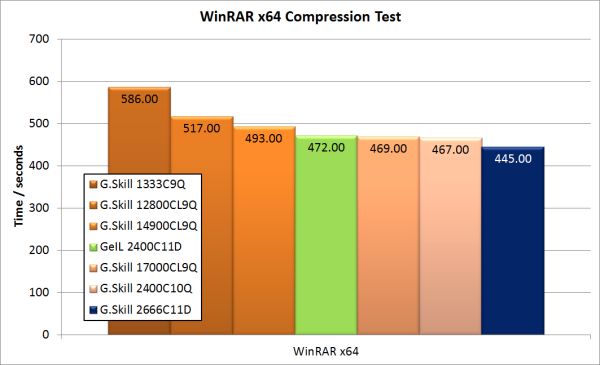 The only other placement for this kit is really in the hands of extreme overclockers.  I am a competitive overclocker – it is one of my hobbies that I find fascinating, even if it is only trying to get a number on a screen higher than the next guy.  But overclocking is like drag racing for computers – there are very few people in the market to purchase these kits compared to the majority of users that need memory.  As a kit for overclockers, it works quite well, hitting 2800 C11 without a bump in voltage, and I was able to boost this to 2950 C11 with a bump in voltage.  No doubt with some more knowledge and tweaking this could break the 3000 MHz barrier. 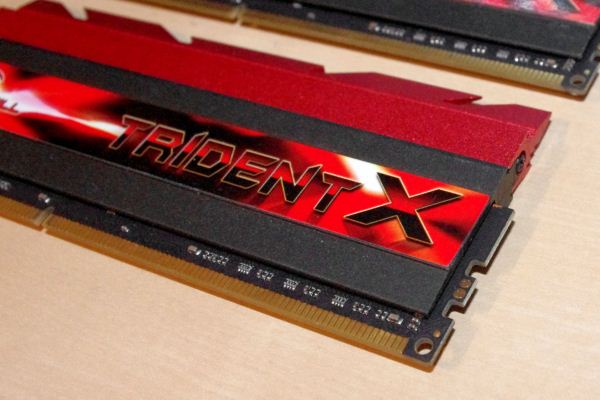 The immediate future for memory still lies in DDR3 – the next iteration, DDR4, is still several years away.  We are told that on the Intel side of things, Haswell is DDR3, as will be Broadwell, the Haswell replacement.  Reports expect DDR4 to be less than 10% of the market in late 2014 (early adoption in the high end space), but 50%+ across 2015.  DDR4 is expected to have a base speed of 2133 MHz up to 3200 MHz for initial enthusiast applications – though given the rise in enthusiast speeds this could seemingly be pushed to 4266 MHz+ over the course of the development cycle.  DDR4 is also expected to be a single module per channel, paving the way for up-to-quad channel in the mainstream arena.

But for now, if synthetics matter, then the 2x4 GB F3-2666C11D-8GTXD 2666 C11 TridentX kit offers some overclocking headroom.  All other increases (at XMP) are marginal at best from previous kits.  Kits like this will become more commonplace when processors adjust the tested IMC rated speed – the high end Trinity processors are rated at 1866 MHz minimum, so it only needs to raise another 1000 MHz or so.  This should hold true in 2015 when DDR4 is part of the desktop hierarchy.

Please note this table does not take into account warranty or any 'extras' or sub-timings that may come from each kit.