Last week Microsoft announced pricing for Surface. The base configuration starts at $499 with 32GB of internal storage, you can get a bundle with a black Touch Cover for $599 and finally there’s a 64GB model with Touch Cover for $699. All versions of Surface come with Office 2013 Home & Student Edition preview, and will be upgraded (for free) to the final build of Office 2013 once it’s available.

Whether or not Surface is priced appropriately really depends on how much you value Windows RT and getting Office 2013 for free. I suspect if you’re already a big Office user, you’ll see a lot of value in the bundle. On the Windows RT side, whether or not that platform has value really depends on how frustrated you are by the multitasking, task switching and lack of screen sharing (two apps on the screen at once) of other mobile OSes. Depending on your feelings on those two issues Surface will either feel like a bargain, or too much. 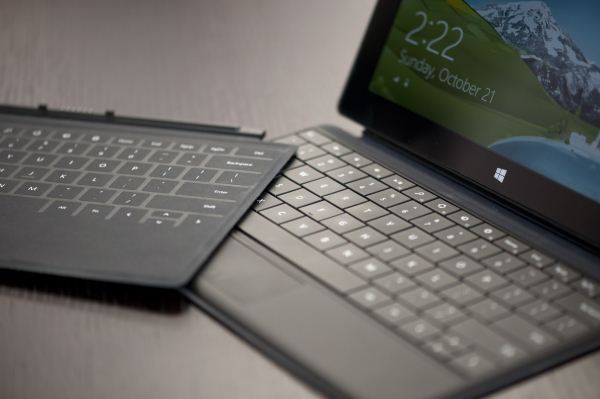 As a device, Surface is incredibly well executed. It makes sense that Microsoft’s OEM partners are feeling the pressure as there’s very little that I would change about Surface from a design perspective. The chassis is well built and the integrated kickstand is seriously one of the most useful features to ever meet a tablet. The optional Touch and Type Covers complete the package. While a full sized notebook is going to deliver a better typing experience, when paired with its Touch/Type covers Surface results in a more productive platform than any other tablet.

Surface is the most flexible tablet I've ever used. Through two seemingly simple additions to the design (but incredibly complex to actually develop and implement), Microsoft took a tablet and turned it into something much more. If you're frustrated by productivity limits of currently available tablets, Surface really seems to be the right formula for a solution. It's important to note that Microsoft's execution with Surface establishes the company as a competitive powerhouse in the mobile design market. I can only imagine what multiple revs of the design will give us, not to mention what could happen if Microsoft set its obsessive sights on smartphones or notebooks.

The Windows RT experience, in many senses, is clearly ahead of what many competitors offer in the tablet space today. Multitasking, task switching and the ability to have multiple applications active on the screen at once are all big advantages that Microsoft enjoys. For productivity workloads, Surface is without equal in the tablet space.

Content consumption is also great on the device. Surface's display isn't industry leading but it's still good.  Reading emails, browsing the web flipping through photos and watching videos are all good fits for the platform - just as good as competing solutions from Apple or Google. 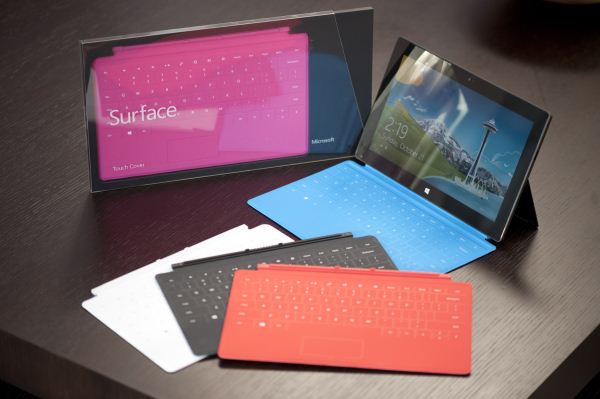 More impressive than the fact that Microsoft brought competitive parity to the Windows tablet usage model is the fact that power efficiency doesn't seem to be an issue for Windows RT. Microsoft has built a mobile OS that is capable of, at least based on what we've seen today with Surface, being competitive with Android and iOS solutions when it comes to battery life. With lower power silicon inside, Microsoft could do even better.

I don't believe Surface is perfect, but it's a platform I can believe in. What I'm most excited about is to see what happens after a second or third rev of the design. I would have liked to have seen faster hardware inside (I'd love to see an Atom based version). There are also some rough edges that could use smoothing out (e.g. the power connector and HDMI output come to mind) and Windows RT likely needs another round of updates (app launch times are far too long, more apps needed) but overall the device is easily in recommendable territory. The biggest issue I have with recommending Surface today is that you know the next iteration of the device is likely going to be appreciably better, with faster/more efficient hardware and perhaps even a better chassis.

If you're ok being an early adopter, and ok dealing with the fact that mobile devices are still being significantly revved every year, Surface is worth your consideration. If you've wanted a tablet that could begin to bridge the content consumption and productivity divide, Surface is it.