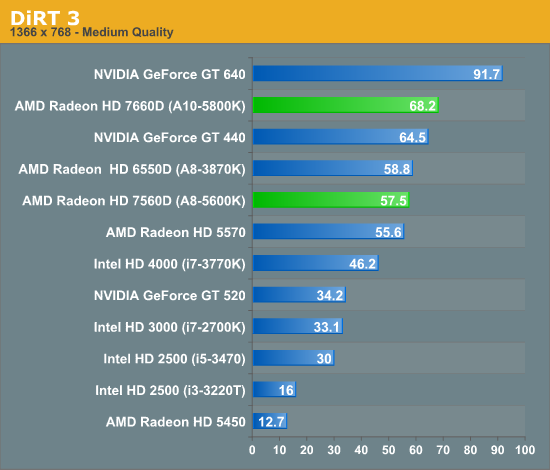 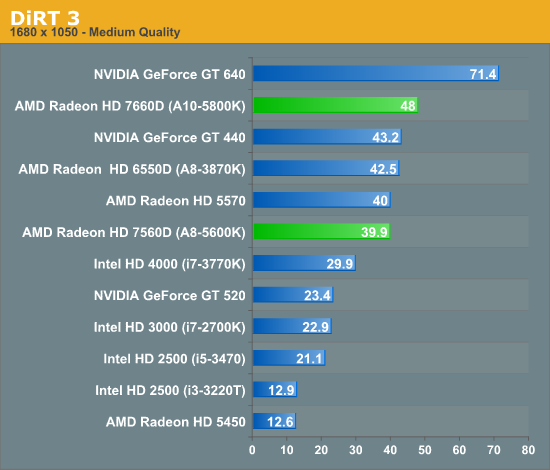 DiRT 3 shows a relatively small performance advantage compared to Llano - only about 12 - 15% when comparing the two top end parts. More exciting from AMD's perspective is that it can deliver performance similar to the 3870K's 400-core GPU with the 256-core GPU in the A8-5600K.

Total War: Shogun 2 is the latest installment of the long-running Total War series of turn based strategy games, and alongside Civilization V is notable for just how many units it can put on a screen at once. Adding to the load is the use of DX11 features such as tessellation and high definition ambient occlusion, which means it can give any GPU a run for its money. 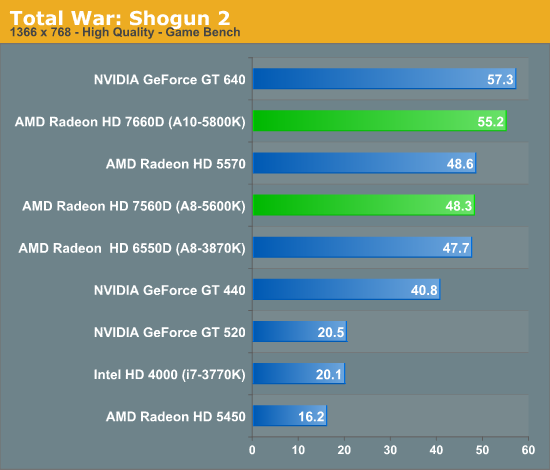 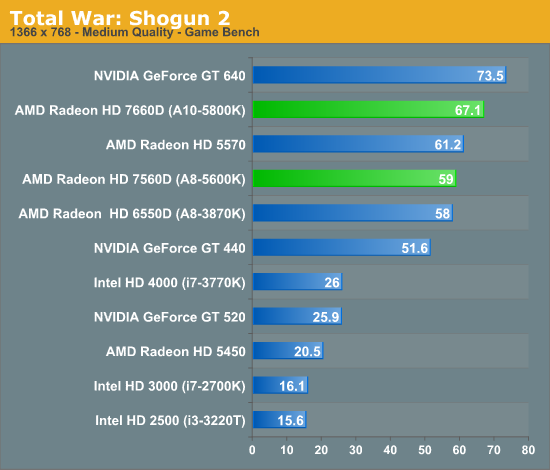 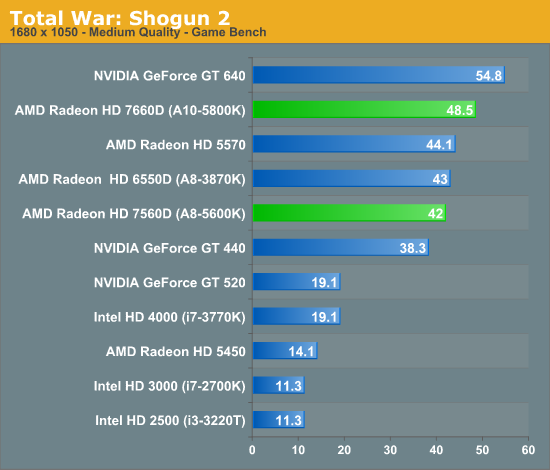 We see similar scaling to DiRT 3 in Shogun: about a 15% improvement over Llano, or flat performance if you compare to the 2nd fastest Trinity GPU configuration.