Android on x86 and Binary Translation

So the other major and obvious piece of the puzzle is what changes were required to make Android and all of its applications run on x86. Android itself has already been built for x86 before, and again we’ve seen and played with it running all the way back at IDF 2010. That part of the puzzle is relatively understood, but the devil again is in the edge cases. Among the things that need massaging for x86 are the Dalvik VM, x86 JIT, NDK, and JavaScript engine.

Android itself is actually an ideal platform for Intel to target, as the vast majority of Android applications in the Play Store run atop the Dalvik VM and use the Android Framework (75–80% are commonly cited numbers, depending on how you’re counting). The rest either are Dalvik VM applications that run and use JNI (Java Native Interface) libraries that are built for ARM only, or NDK (Native Development Kit) applications. So where does Intel’s binary translation secret sauce fit into all this? Simply put, Intel’s binary translation is the mitigation for both libraries and NDK applications that haven’t yet been ported to x86, and allows the device to expose itself as supporting two application binary interfaces (ABIs), both x86 and ARMv5, in fact this is easy enough to see upon superficial inspection of build.prop:

In the case of Dalvik applications, developers don’t need to do anything. Thankfully again this is the vast majority of Android applications you encounter on a daily basis - they just work, given that Intel has made Dalvik work with x86 and spit out the right machine code.

NDK applications are also easy enough to mitigate - the developer simply needs to recompile the NDK project, which supports ARMv5 (‘armeabi’), ARMv7 (‘armeabi-v7a’), and x86 (‘x86’). Building for x86 will deliver code that’s tailored (unsurprisingly) exactly to the Saltwell CPU feature set, or more explicitly what you’d get by running GCC with the compiler flags “-march=i686 -msse3 -mstackrealign -mfpmath=sse” - this is all outlined in the CPU-ARCH-ABIS.html document as part of the NDK documentation. The resulting APK can be packaged as a “fat binary” with machine code for all three platforms, and upon install only the proper one is unpacked and installed.

Intel outlines this in a number of slides which have made their way online, and the process is virtually completely transparent to end users and Dalvik applications. The x86 compatible Dalvik VM is a part of the OS, as are the ARM to Atom BT phase for JNI libraries. ARM native NDK apps on the other hand are translated by Intel in the cloud, validated against Intel's Android x86 emulator and pushed to the Play Store. The point is the bulk of binary translation happens away from the device itself and running on much faster Xeons in the cloud. As binary translation requires more cycles than natively running the code, which in turn consumes additional power, this was the only route for Intel to ensure that Atom would remain power efficient (and high performance) even on non-native NDK apps. Update: Intel has clarified and informed us there is no cloud aspect to binary translation, it is 100% done on the device for ARM NDK applications.

It's still unclear just how long this process takes after a developer has uploaded a non-x86 NDK app to the Play Store, or what happens if the process fails to validate for whatever reason (Does Intel get in touch with the developer? Is the app forever excluded?). Intel is being unusually vague about how all of this works unfortunately.

The combination of all of these efforts should result in over 90% of the apps in the Play Store working right away. What about in our experience? We discuss that next.

The X900 that I was sent came running Android 2.3.7, which is the latest version on the 2.3 branch. Xolo intends to deliver an Android 4.0.3 update later, and Intel internally has its own 4.0.x image stable and ready to go, which we’ve seen running on the FFRD a bunch before. It’s a bit odd to see things going this way when 4.0.x is clearly already ready, but no doubt some logistical issues with carrier support are the final hurdle. I’m eager to check out Intel’s 4.0.x port and intend to update when that happens. 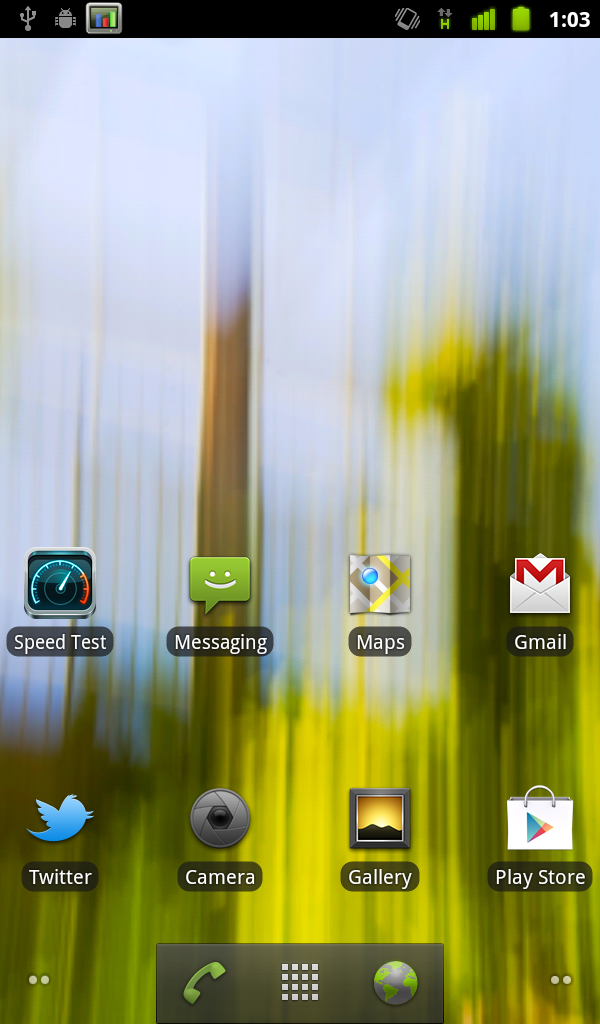 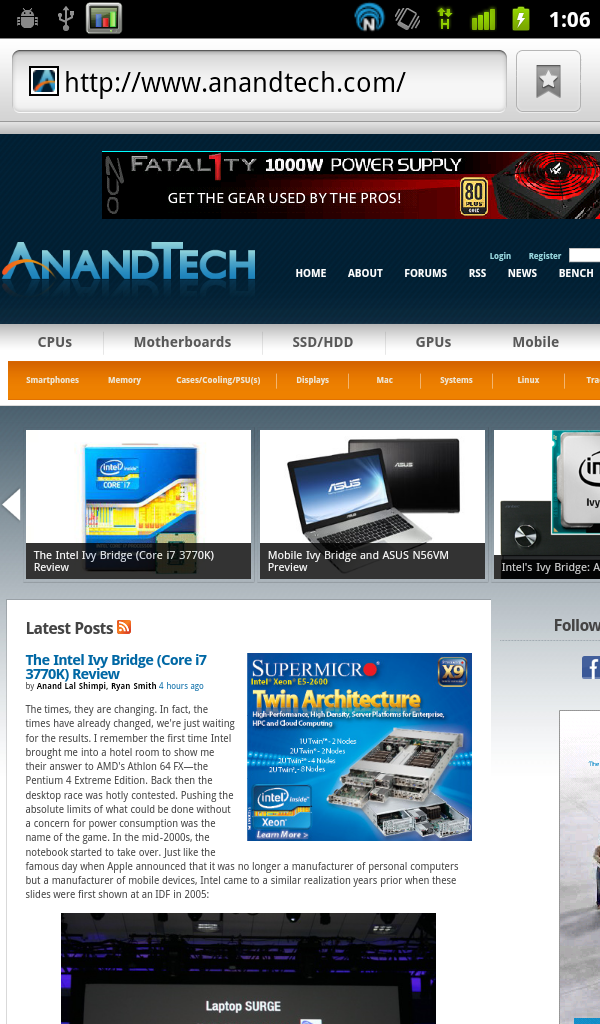 Xolo and Intel have basically left things entirely stock with the X900. The notifications shade has one minor positive change - inclusion of the power controls, and Swype is bundled in addition to the stock Android 2.3 keyboard. There’s one Xolo Care support application preloaded, and basically nothing else. I can honestly say this is the least preloaded junk I’ve ever seen on a non-Nexus device. 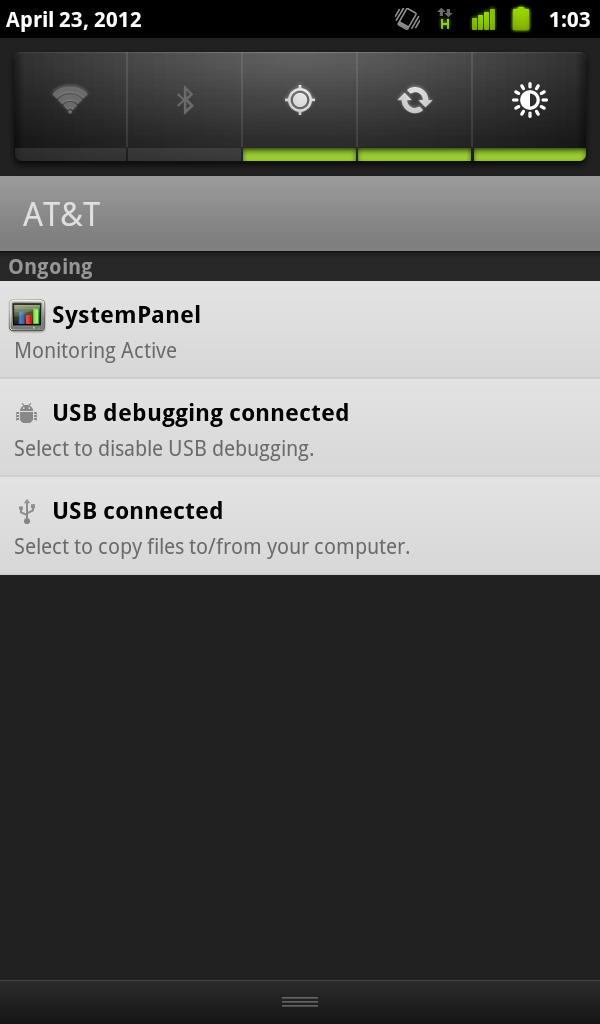 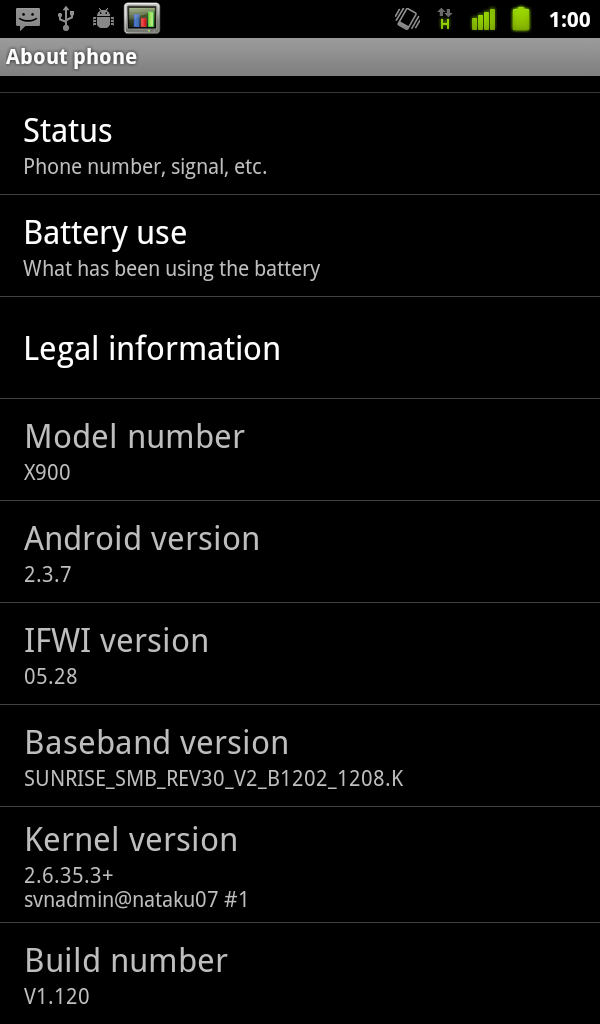 So the next logical step is talking about how well Android and its apps work on x86 in practice, and the answer is unsurprisingly that almost everything is perfect. I installed about 80% of all the Android applications I’ve ever installed on any Android phone (thanks to the new Google Play ‘All’ tab) and nearly all of them worked perfectly. In fact, all of my daily driver applications work flawlessly: Twitter for Android, Baconreader, Speedtest.net, Barcode Scanner, Astro, Dropbox, Facebook, GPS Test Plus, GPS Status, Instagram, IP Cam Viewer, GTA III, Remote Desktop, Swiftkey X, and WiFi Analyzer all work perfectly. 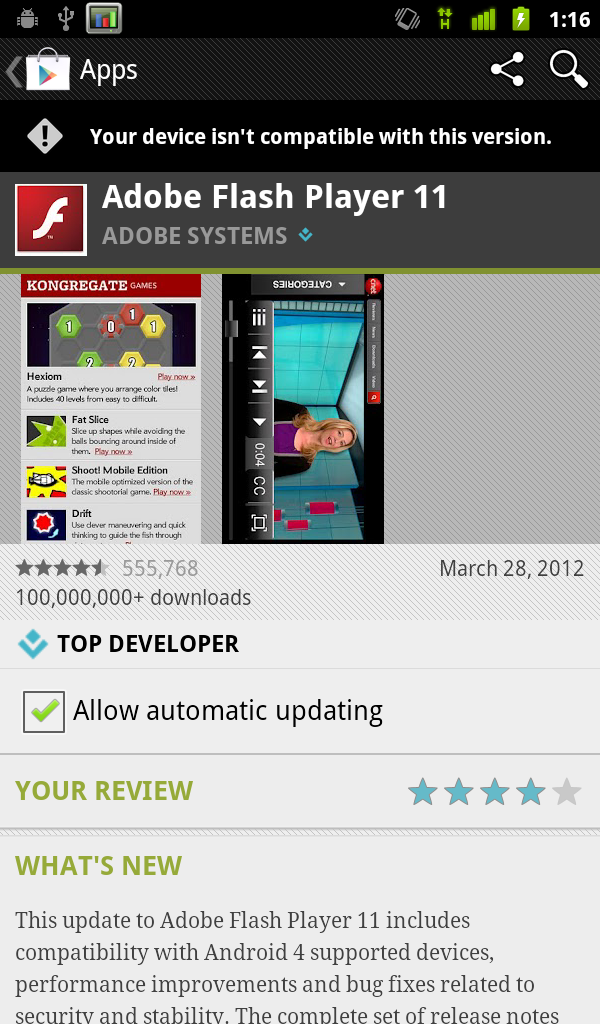 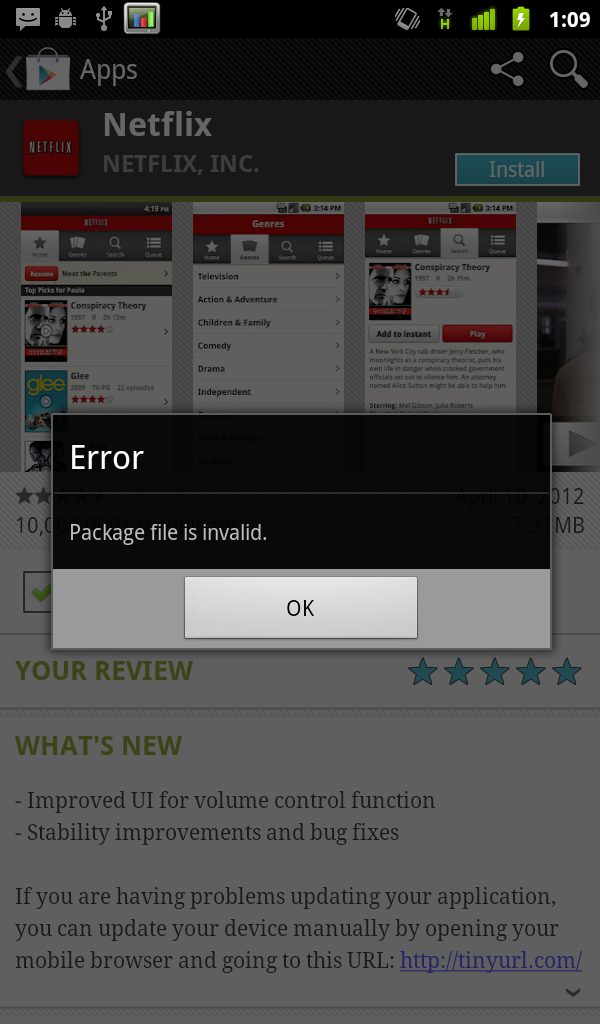 That said there are indeed a few edge cases where things don’t seem to be perfect. For one, Flash 11 isn’t available for the X900, and throws an error in the market. The device does come preloaded running Flash 10.3 however, which gets the job done although is a bit dated. In addition, although Netflix would download, the installer would throw a ‘package file invalid’ error upon install. This is what leads me to think there’s some APK interception in the cloud and perhaps translation up there, and Netflix DRM not translating, but that’s speculation. Other than this, everything else I encountered works flawlessly, I wager your average Android user wouldn't be able to tell that this is running on a completely different architecture.