I touched on the fact that the Apple TV 3 now has two WiFi antennas printed on its PCB. The first appears to be of similar design to the Apple TV 2, and it's obvious from visual inspection that this is the case. The second is adjacent and shares the same ground plane / metal layer. 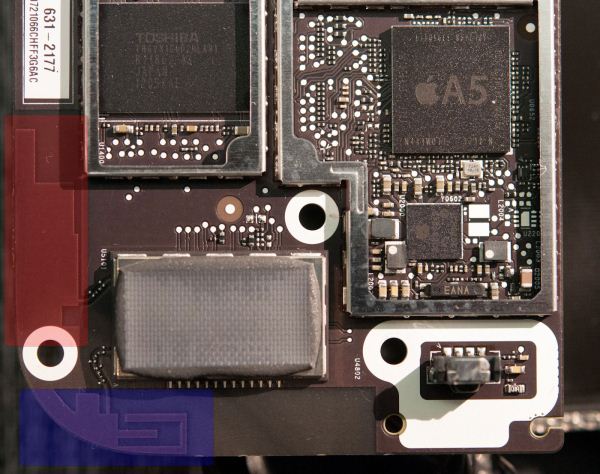 In addition, the Apple TV 3 also moves from Broadcom's BCM4329 802.11a/b/g/n and BT 2.0+EDR combo chip to BCM4330 802.11a/b/g/n and BT 4.0 combo chip which we've seen in the iPad 3, iPhone 4S, and countless other mobile devices. Seeing two RF chains, you might be led to think that the Apple TV 3 has 2x2:2, however this is not the case as the device still will only connect at 65 Mbps - single spatial stream, 20 MHz wide channels with the long guard interval. The maximum PHY rate and presence of 2.4 and 5 GHz band support is unchanged from Apple TV 2. 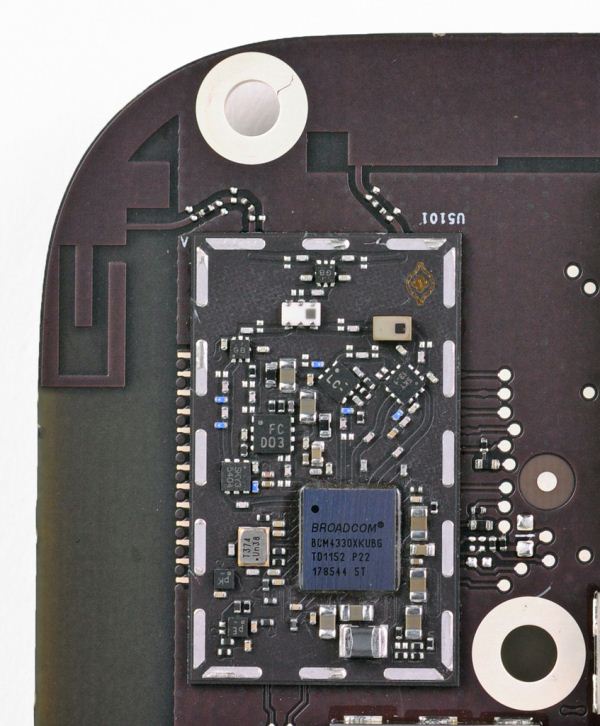 One of the main complaints that I read online of the Apple TV 2 was its performance on 2.4 GHz. If you're living in the Apple ecosystem with an Airport Extreme or have a 5 GHz AP, this previously is something you could've not noticed entirely. In addition, multimedia streaming seems to be the ideal use case for 5 GHz WLAN thanks to both the ability to run 40 MHz channels and deal with less congestion. However, for users with 2.4 GHz networks, gain on that band is important.

It's obvious that the inclusion of a second WLAN chain and antenna is an attempt to improve RF performance further, even though the jump from 720p to 1080p for iTunes content doesn't increase bitrate very much at all (more later). To show just how much things have changed, I turned to the FCC documents for both Apple TV models which spell out antenna gain. Interestingly enough, the FCC also had internal photos up and posted the day the Apple TV 3 went on sale, which could've saved everyone some teardown time.

The table above contains the antenna gains for both models, and you can immediately see just how little gain there was previously for the Apple TV 2 on 2.4 GHz. Gain is now majorly improved on the 2.4 GHz band, and also improved on other parts of the 5 GHz band. You'll notice that antenna 2 on the Apple TV 3 only gets used (at least for transmit) on the 5.2 GHz band - channels 36 to 48. This is the small band below the DFS-enabled 5 GHz band (52-140). Remember that the "best" 5 GHz channels in the USA are the traditional 802.11a channels 149-165 since you can run with higher power. BCM4330 supports optional external antenna diversity - it's entirely possible this is also being used on the receive side.

So what does this translate to in terms of actual RF performance now? To find out, I tested the Apple TV at three places in my house where I ran the previous model. Downstairs in my home theater shelf, a location which is awful for WiFi (I've run powerline here), downstairs in the bedroom (ironically on a 720p TV), and upstairs in my office on another TV right next to the AP for a baseline. 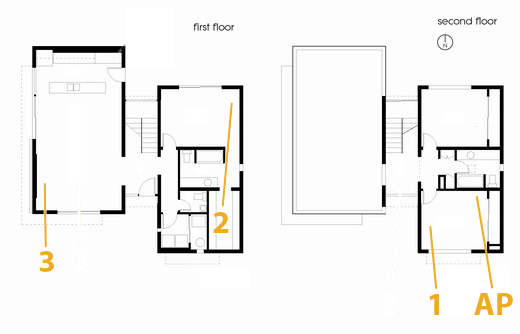 Location 1 corresponds to the office environment right next to the AP, location 2 is the bedroom TV, and location 3 is the main TV cabinet. I setup the Apple TV 2 and 3 in all three locations like I normally would and fired up the Netflix example short test videos to ensure constant network traffic. I then watched the received signal strength and noise metrics reported from an Airport Extreme 5th gen.

I have my network setup with one SSID for both 2.4 and 5 GHz networks, and let devices choose which band. The Apple TV 3 seems to have a higher affinity for 2.4 GHz in the more difficult downstairs propagation environments, no doubt which comes from it being able to negotiate a higher PHY rate on 2.4 GHz as opposed to 5 GHz. In all three places, it latches onto the single spatial stream 20 MHz channel long guard interval 65 Mbps rate, where the Apple TV 2 previously selected lower MCS categories on 5 GHz.

The takeaway is that the new Apple TV 3 gets better WiFi reception on both bands and thus can be placed further from the AP. This is something which no doubt will be much appreciated by users who have challenging home theater locations. Part of the reason is also no doubt to accommodate 1080p versus 720p content, though for iTunes content bitrate only changes from ~4 Mbps to ~5 Mbps. The other big new bandwidth consumer is of course iTunes Match. Obviously it goes without saying that Apple's media streamer device needs to have good connectivity to do its job, and the WiFi improvement makes a dramatic difference if you don't already have ethernet wherever you've located your TV.