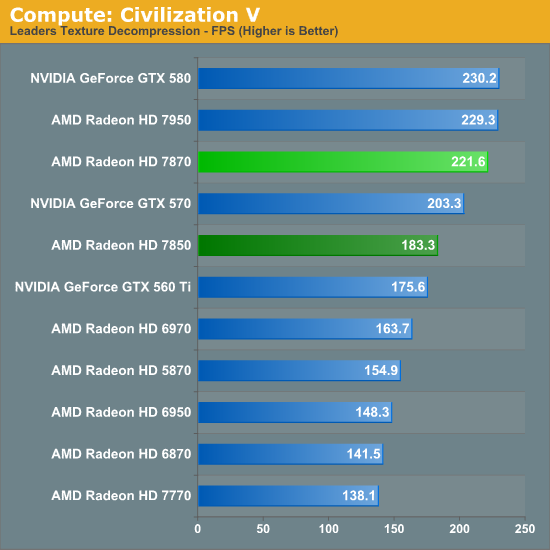 The Civ V compute shader benchmark once again shows off just how much the compute shader performance of the 7800 series has improved relative to the 6900 series, with both 7800 cards coming in well, well ahead of any previous generation AMD cards. Compared to NVIDIA’s lineup the 7800 series does fairly well for itself too, although not quite as well as the commanding lead the 7900 series took. 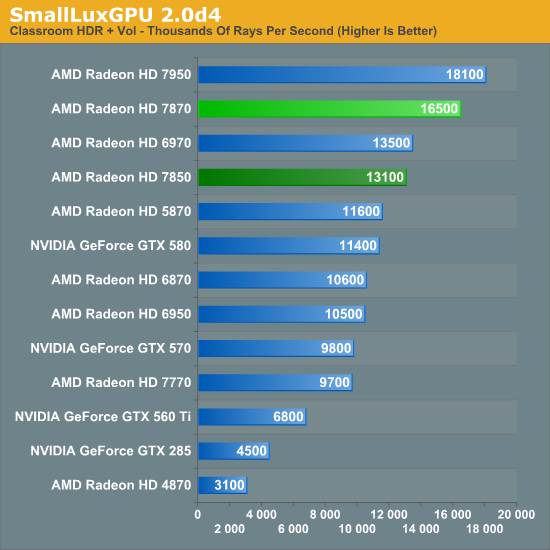 SmallLuxGPU continues to showcase the 7800 series’ improvements over past AMD architectures, and while it’s not the same kind of massive leap we saw with CivV, it’s still enough to bring the 7850 up to near the performance of the 6970, and pushing the 7870 well beyond that. The only real competition here for AMD is AMD. 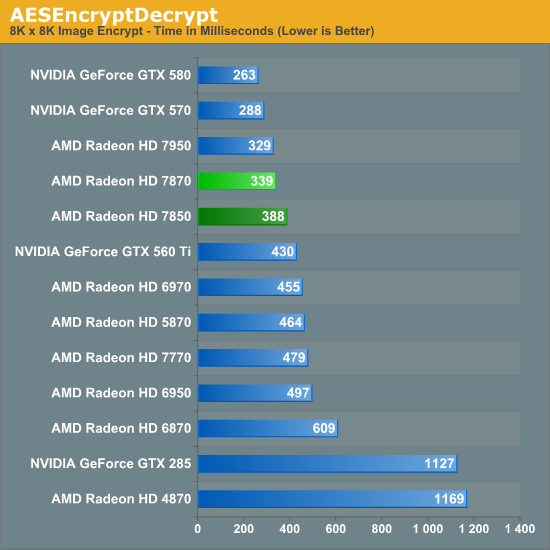 On the one hand, the 7870 gets quite close to the 7950 here in our AESEncryptDecrypt benchmark, in spite of the latter’s higher number of shaders. On the other hand, it’s still not enough to dethrone the GTX 570; the only NVIDIA cards the 7800 series can beat start at the GTX 560 Ti. 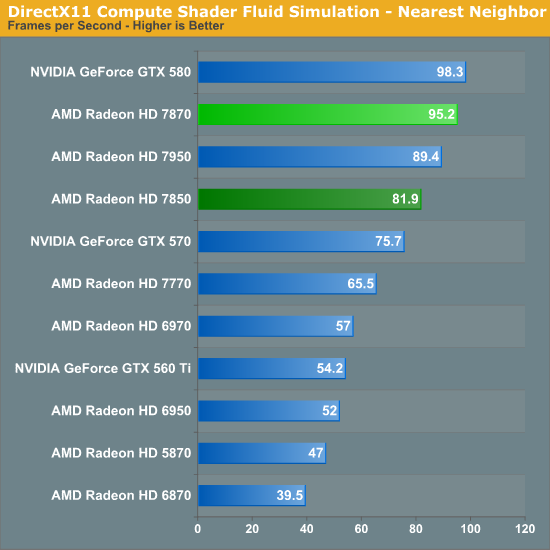 In our final compute test the 7800 series once again makes a run at the top, with both cards rising past the GTX 570, although they can’t quite match the GTX 580. In an interesting turn of events the 7870 ends up being some 6% faster than the 7950, in spite of the fact that in a compute benchmark the 7950 should have a solid lead. This just goes to show that core clockspeeds do matter, and that adding more shaders alone can’t conquer all benchmarks.