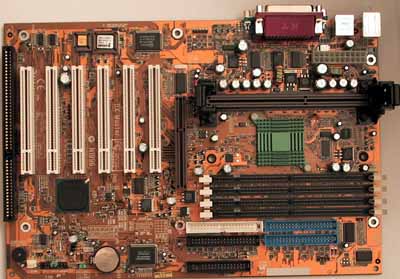 The Microstar BXMaster is also a holder of the AnandTech Editor's Choice award because of its incredible balance of features and performance.

Unlike other boards with 6 PCI slots, the BXMaster features a PCI arbiter chip that allows all 6 slots to support bus master devices.  This means that all six slots are usable by any PCI devices.

It should be noted that the Gigabyte board detects drives much faster than the Microstar BXMaster in spite of the fact that both boards use the same Promise controller.