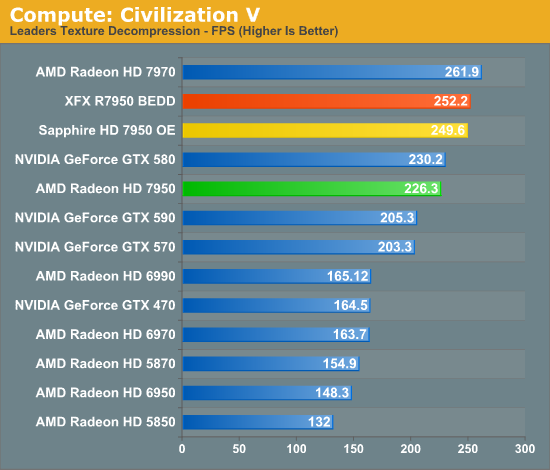 AMD’s greatly improved compute performance continues to shine here, though in the case of Civilization V it’s largely consumed by just closing the previously large gap between the GTX 500 series and the Radeon HD 6000 series. As a result the 7950 falls ever so short of the GTX 580, while the factory overclocked Sapphire and XFX cards give the 7950 enough of a push to come within 5% of the 7970. 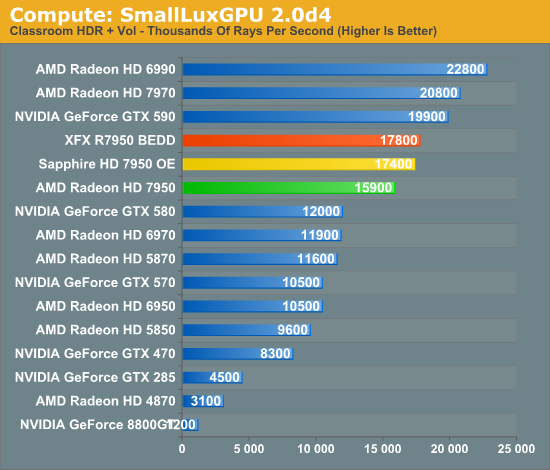 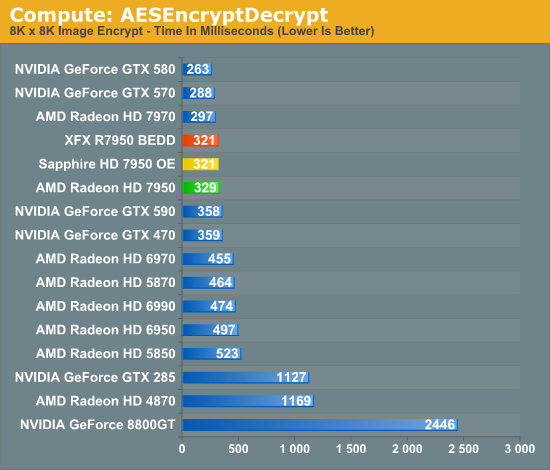 In spite of being a compute benchmark, AESEncryptDecrypt is not particularly sensitive to GPU performance, showcasing the impact that setup times can have. The 7950 trails the 7970 by 10%, and overclocking doesn’t change this much. Unfortunately for AMD NVIDIA is still the leader here, showing that AMD’s compute performance still has room to grow. 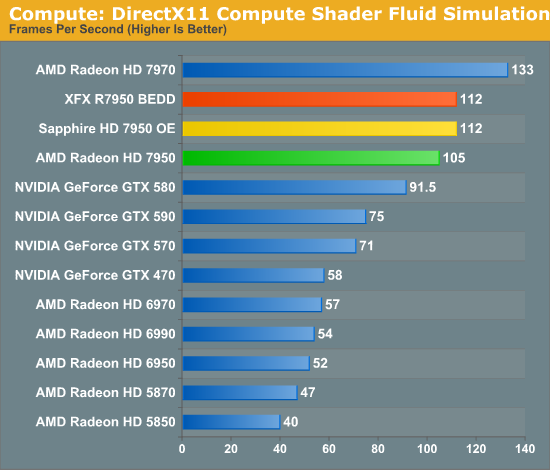 With the compute shader fluid simulation we once again shift back into a compute task that’s much more shader-bound. The 7950 only reaches 80% of the performance of the 7970, once more proving the real impact of losing a CU array. This is still enough to handily surpass the GTX 580 however, with the 7950 taking a 15% lead.