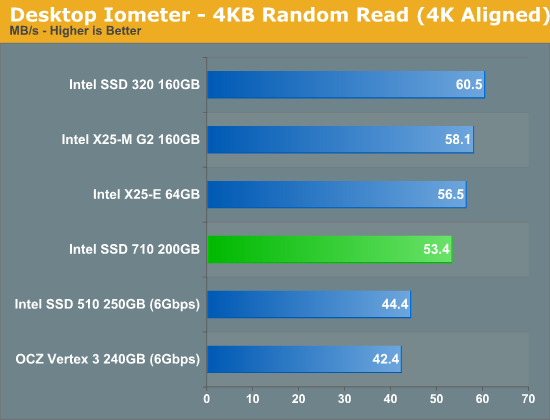 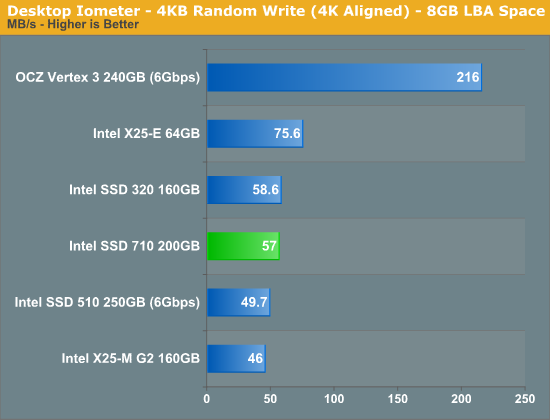 Random write performance is in the same ballpark as the other Intel MLC SSDs, however the X25-E is noticeably faster. SLC NAND is always easier to write to, and we see that advantage clearly here. Although the 710 does ok here, newer controllers from SandForce have raised the bar for highly compressible random write performance by a significant margin. 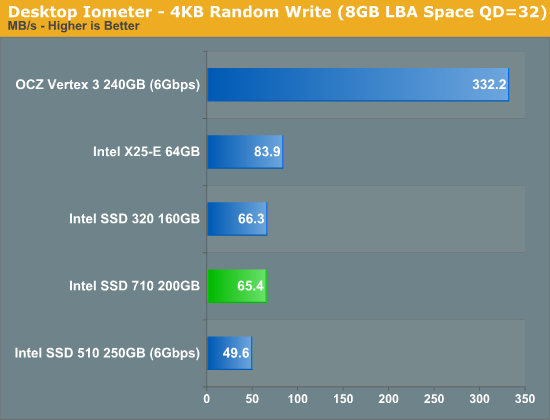 At high queue depths the X25-E is still significantly faster. Given the random nature of many enterprise server workloads, the 710 could end up slower than the X25-E. 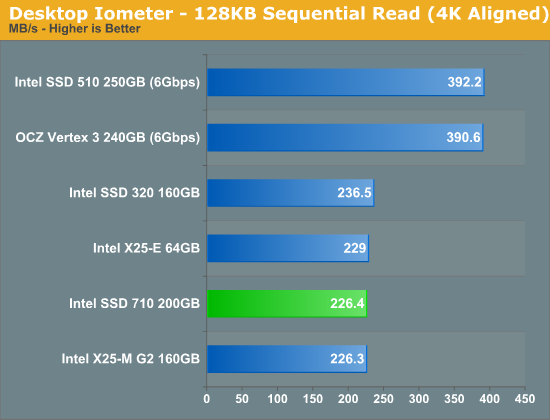 Sequential speed is also quite similar to other Intel drives. Note the slight drop in performance compared to the SSD 320. With the type of workloads the 710 is aimed at, I don't expect large file sequential performance to be a limiting factor. Once again we see that newer 6Gbps controllers from Marvell and SandForce offer much better performance here. 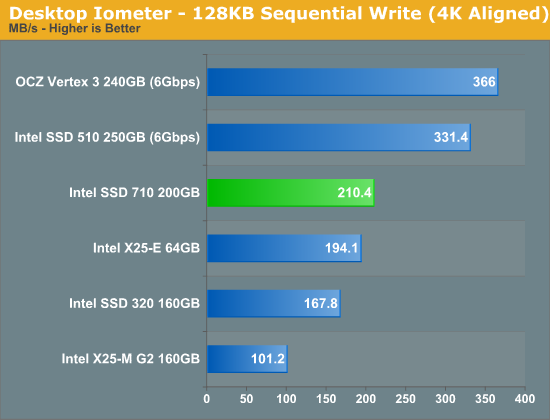 Sequential write performance is up quite a bit over the previous generation drives. The additional spare area is part of the story here, though the 6Gbps controllers still maintain their lead.