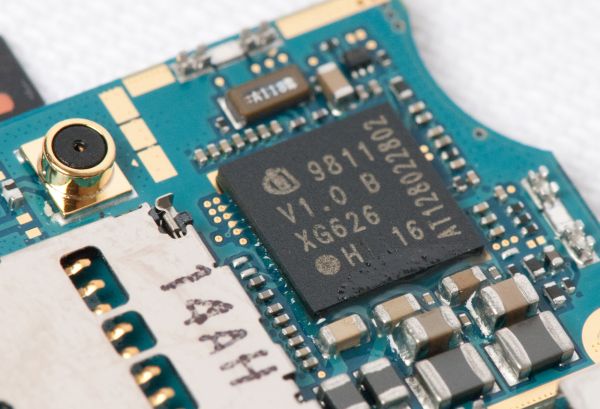 I used the SGS2 on AT&T in the USA, and my particular market only has PCS 1900 MHz support, meaning both GSM and WCDMA carriers both only sit in the PCS 1900 MHz band. I remember that one of the first things I did with the SGS2 at MWC was check whether all of the same excellent dialer codes worked, and thankfully they do. 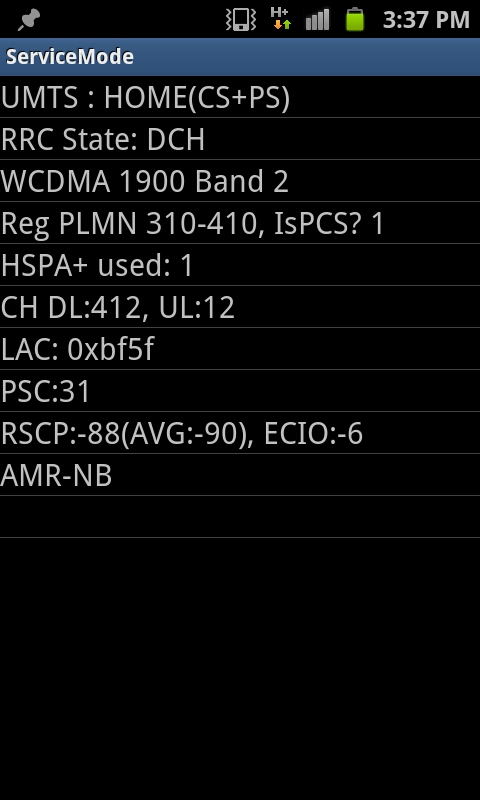 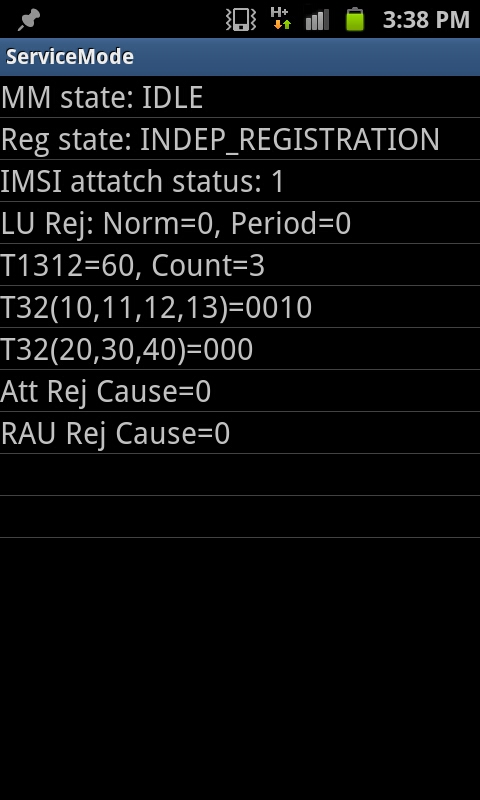 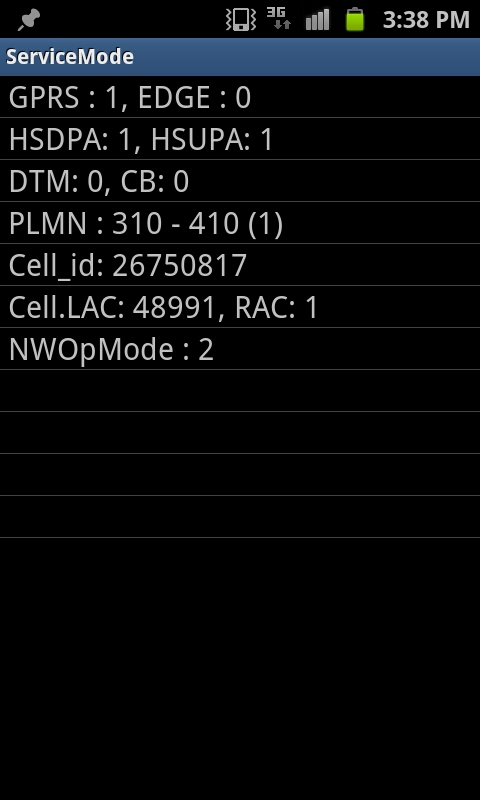 Samsung continues to have the absolute best field test / engineering menus of any handset vendor, and on the SGS2 dialing *#0011# gives you access to information about the current connected carrier, band, RCC state (what signaling state you’re in) and signal (ECIO and RSCP at the bottom). There’s a field marked HSPA+ used which I think has confused some people - this shows 1 when data is being transacted (DCH state). I should also mention that I’m incredibly grateful that SGS2 shows all the correct and proper status indicators for network connectivity at the top - 3G, H, and H+ appropriately, instead of this trend in the USA of calling every UMTS connectivity state “4G” - ugh. As an aside, it’s normal to see 3G when in the idle state, and then a negotiation up to H+ when in the DCH (Dedicated CHannel) state if you’re on an HSPA+ network. I haven’t seen H+ show when in the FACH (Forward Access Channel) state.

I ran 318 speedtests on the SGS2 using the Ookla Speedtest.net application, and did our usual thing and come up with a histogram showing throughput for those tests. Again, this is more indicative of AT&T speed than what the SGS2 is capable of, given that I’ve seen other SGS2 users seeing much faster on other WCDMA networks - I’m insanely jealous of all of you. I tested throughout my 1900 MHz market in Tucson, Phoenix, and on the positively dreadful 850 / 1900 WCDMA network in Las Vegas, which remains completely unusable even when CES or any other conference isn’t happening. But I digress.

First up is downstream, which develops a nice little normal distribution when you run enough tests like we’ve done here.

Again this is really more indicative of what you’re going to see in the markets I’ve tested in with AT&T. Speeds top out at 7 or 8 Mbps if you’re very lucky, with performance most of the time between 2 to 4 Mbps. The average here is 3.11 Mbps, with a standard deviation of 1.56 Mbps. That sounds about right to me given how many of these things I run when I’m not even testing a phone.

I’m also aware of the whole AT&T HSDPPB (“4G” unlimited data) versus DPPB (3G unlimited data) SOC code thing and the corresponding difference in APN. I used them interchangeably for a week or so and honestly didn’t see any difference.

Upstream is next, where AT&T continues to employ lots of artificial shaping, limiting upstream to at maximum 1.7 Mbps.

I’ve heard speculation that AT&T is limiting the HSUPA category to 2 or 3 (which is 1.46 Mbps), or category 5 (2.00 Mbps), but neither of those line up nicely with the artificial-looking wall that seems to exist on AT&T at 1.7 Mbps. I’m very positive however that there’s shaping going on here, the last remaining question is whether it’s enforced by only allowing a certain HSUPA category, or shaping somewhere else in the network. It’d make sense to me at least to do the latter of those two. It’s disappointing because there’s definitely the potential for much speedier upstream than what I see here.

Last is latency, which looks pretty typical, though there are some outliers in the data entirely from the abysmal Las Vegas performance tests:

Average latency works out to be 147 ms, which is pretty par for UMTS as far as I’m concerned, unless you’re lucky enough to be somewhere with much better backhaul and a flatter IP-based network architecture.

For the most part, I’m very pleased with SGS2’s cellular connectivity situation, though there’s a bit more to talk about. I noticed that sometimes cellular connectivity will stop and become unresponsive for anywhere between a few seconds, and minutes at a time, requiring a battery pull or lots of patience before working again. Toggling airplane mode doesn’t work when that happens, and usually it’s manifested by the data-type indicator disappearing. I’m not sure what the story is here, but it seems like I’ve seen a lot of Samsung phones having data sessions randomly lock up and then come back after a while, lately.

In addition, Samsung makes the mistake of going with a signal bar visualization with very compressed dynamic range. Since the whole iPhone 4 debacle, I’ve seen something of a trend towards a strict linear scale (which makes more sense), but SGS2 definitely doesn’t go that route. It’s not a huge deal however, just something to be aware of. I’m willing to overlook that issue considering that getting the real story on connectivity is no harder than dialing *#0011# and looking at the real number.

I’ve also read a bunch of accounts which claim that the SGS2 has iPhone 4-like deathgrip, which needless to say piqued my interest. Of course, I’ve been religiously measuring unintended signal attenuation on every device I’ve encountered ever since, so the SGS2 doesn’t get spared that treatment.

The data is actually quite interesting, with the SGS2 showing more than the 15 dB average attenuation in worst case, and an unusually high open-palm result as well. If you go back to the disassembly and look at that antenna module, you can start to see why this is so bad. It’s located right in the plastic bulge, and the active region of the antenna printed on the plastic is less than a mm separated from the exterior. The result is that though there’s obviously no galvanic contact (there’s a plastic insulating layer between), there still is some coupling and attenuation in the near field right here.

I honestly don’t think it’s an iPhone 4-level problem at ~18 dB in this worst case (which I’ll remind you literally involves both hands clasped around the device as close as possible), but it’s still more than average.