We'll start with the A6-3650 vs. the Pentium G850. I didn't include the slower Pentiums because there's simply no point to. The A6-3650's Radeon HD 6530D GPU is on average 2.33x the speed of the Pentium G850 across all of our tests and all resolutions. There's simply no competition and at these frame rates, even at 1024 x 768, I wouldn't consider the G850's graphics playable unless you go to older games or really make the game look terrible. 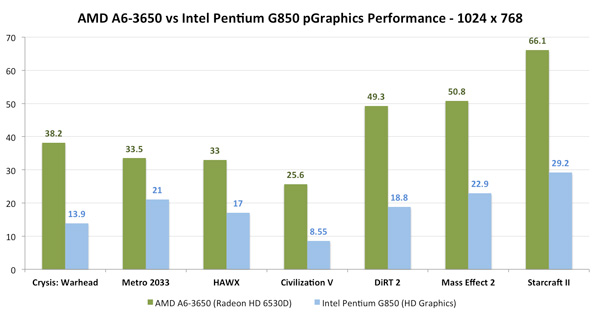 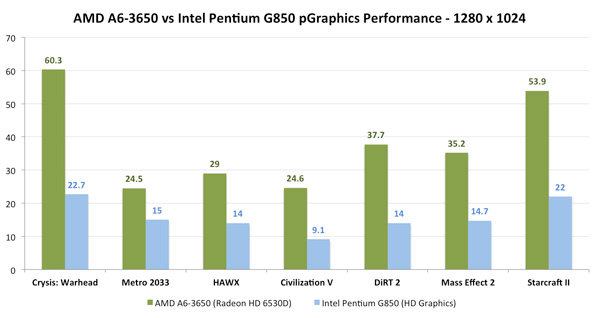 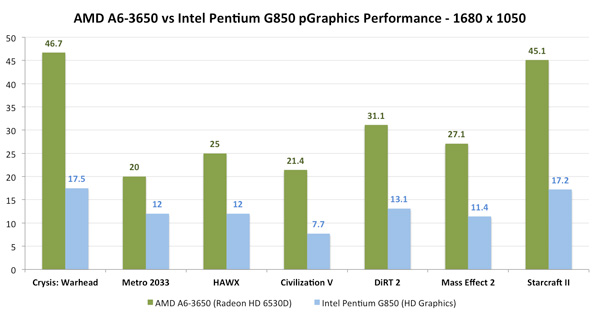 What about the AMD A6 vs. A8? On average the A8's higher GPU clock and 80 extra GPU cores give it an 18 - 26% performance advantage over the A6's GPU depending on resolution. Both systems here use DDR3-1600 memory and despite memory bandwidth being constrained across the board, the A8's advantage increases with resolution. 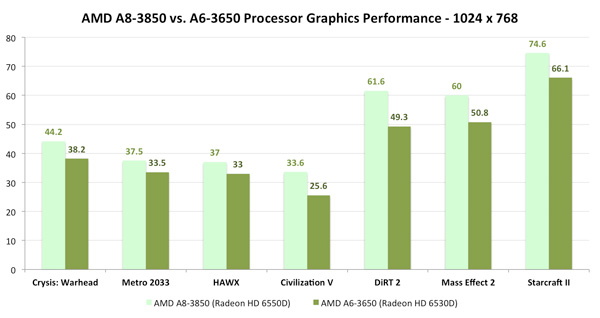 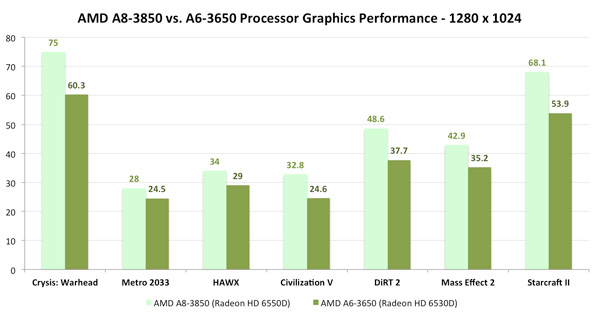 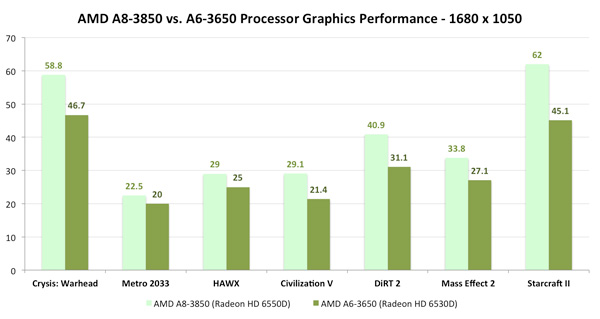