The G2x, like the G2 before it, ships with a nearly stock version of the Android UI. I owned a G2 for a number of months (the preview we did was actually my personal device) before selling it due to issues with the slider/hinge mechanism, but I absolutely loved the Android build on it. Using the stock UI is a breath of fresh air from all of the devices with overbearing skins (I’m looking directly at you, HTC and Motorola). LG and Samsung don’t have particularly intrusive UI overlays, but they’re definitely not that useful. HTC’s series of Sense UIs is actually pretty good, but it’s a pretty heavy reskin of Android. Motorola, of course, has the absolutely amazing Motoblur to their credit...the less said about it, the better. Compared to them, using stock Android is a light and joyous experience. 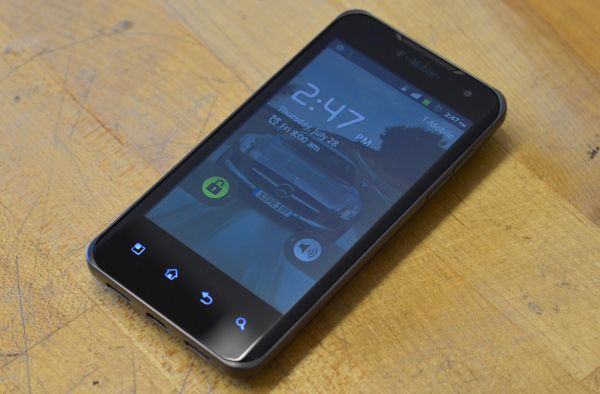 I have a MyTouch Slide 4G here as well, and I’m switching between them basically every other day. The MyTouch has a stripped down version of Sense 3.0, but coming back to the G2x’s stock UI is always so refreshing.

Now here’s the weird thing. The lack of any real UI overlays should in theory make it easier for updates to show up. The key words here are “in theory”. T-Mobile was very (very) slow in getting the Gingerbread update out for the G2 and G2x, but they finally got those out this week (it was brilliant - I basically finished my review, then the day I was going to post it, the Gingerbread update came out and I had to frantically rebenchmark and rewrite large parts of my review. Dear T-Mobile and LG, I thank you for simultaneously making and ruining my day.)

The current software revision is 2.3.3, so not quite the latest revision of Android (which is at 2.3.5), but after how long it took to move forward from 2.2.2, I’m not going to complain. Stock Froyo was smooth on Tegra 2, but Gingerbread takes the smoothness to a whole new level. I described it to Brian as being like a hot knife through butter. It’s really, really quick, there is absolutely no lag throughout any of the UI. If the G2x isn’t the fastest and smoothest Android device I’ve ever used, it has to be very close to it. The Sense 3.0-based Sensation and MyTouch Slide 4G have nothing on this phone. 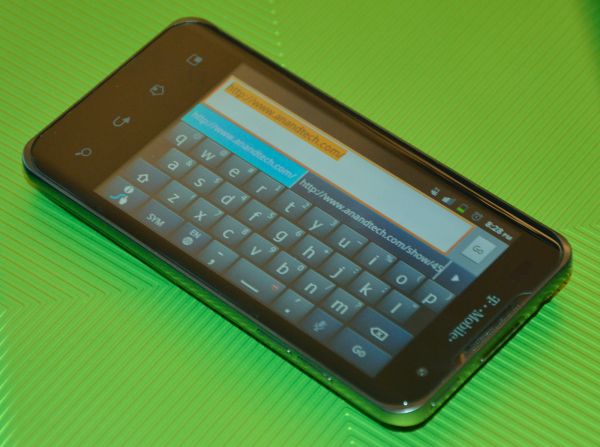 Regardless of whether we were running the Gingerbread or Froyo ROM, we noticed some instability with the phone. In particular, we ran into one particular bug that was pretty maddening - at the end of phone calls, the phone would occasionally go completely unresponsive. And I mean, the phone would still be running, but the touch screen, capacitive buttons, and even hardware buttons would simply stop working. If you were on the phone, the call would stay active with no way for you to end it unless the other person ends it at first. But because the hardware buttons don’t function, you can’t even power the phone off without removing the battery. It happens often enough to be annoying - I probably saw it twice or thrice a week on average while I had the phone, and almost once a day at certain points. It even happened the day I got the Gingerbread update.

I asked Brian about it, and he floated the idea that it might be a bug in the the radio interface layer, which provides an interface between Android’s telephony services and the onboard cellular radios. If so, it’d just be another sign that maybe the G2x came out of the oven a little bit half-baked from a baseband and software point of view.

As far as other bugs, I noticed one other mildly annoying thing. Every time you wake the phone from display sleep, whatever the last displayed screen was will briefly flash on the display for maybe a tenth of a second, before changing to the correct image. It’s a bit odd, and there doesn’t seem to be a way to get rid of that behaviour. But the big stuff here is all right, especially with the stock Gingerbread ROM. If T-Mobile can get some of the instability fixed, it’d be perfect.