So the Iconia was my first real extended experience with Honeycomb, and I must say that while I’m impressed with what Google has going here, they’ve got some work to do. For the first time, Google’s UX is a cohesive, attractive, and polished experience. Really, it feels like all of a sudden they figured out what good UI design actually looked like. I suspect hiring away Matias Durante from the webOS team made a big difference here. Also, if the TRON: Legacy art direction team wasn’t paid a consulting fee for their contribution to the design, they really should ask for one. 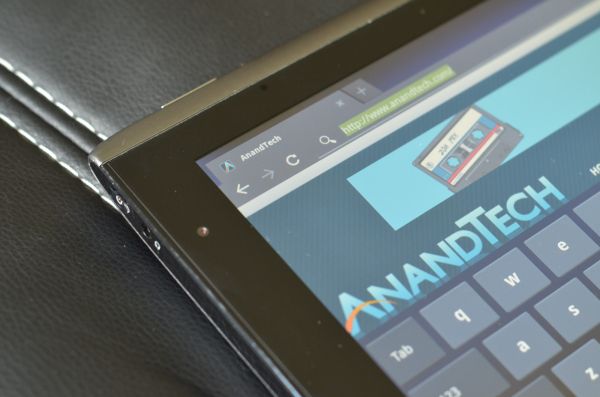 It’s like a sci-fi retake on what a touch-friendly Windows would look like. And before anyone gets off on me for the comparison, I’d like to direct you to the systray in the bottom right, and the basic function keys in the bottom left. All they need to do is move the app launcher into the bottom left corner for the analogy to be complete.

I like the way Google went here, basically creating a UI similar to most full-fledged operating systems and integrating some elements of a smartphone operating system, instead of just scaling up a smartphone experience the way some other companies are doing it. For the first time using a tablet, I felt like I could be reasonably productive on it.

Most of the time when I’m writing, I have three things open—browser, IM, and music. Most of my writing is done in Google Docs, which makes it really convenient to hop from device to device as I’m writing. The Google Docs app for Android is still a smartphone app, so the UI in Honeycomb is mediocre at best, but it works for quick documents. Google Talk and Music are both very well integrated into Honeycomb, and the new notifications system makes it really easy to control them. Given the multitasking menu, switching between the browser, Google Docs, Talk, and music is relatively easy. The entire OS feels less limiting than any previous tablet operating system, which plays a big role in being more productive. 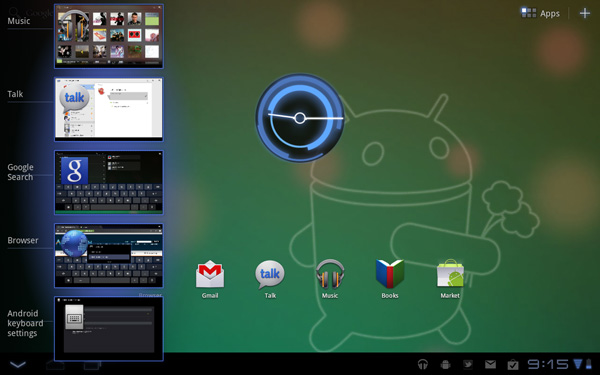 There’s a couple of missed opportunities with regards to the multitasking menu. A way to close apps would be brilliant, and being able to scroll through more than 5 preview windows would make the menu more useful (Google added this into Android 3.1, so it'll come to the Iconia soon.) The closing apps part of it seems like a no brainer; Google is the only one to give you a task manager with no way to terminate running processes. WebOS, iOS (yes, that’s a task manager, whether His Jobsness will call it that or not), QNX (which is similar to webOS in this regard), and even the upcoming version of Windows Phone 7 all let you kill apps from the multitasking menu. Why Google doesn’t let you remains an unsolved mystery, because it makes killing tasks a pain in the rear end. Why make me go through the hassle of getting a task killer and using that when everything else required for a visual task manager is already built into the OS? It’s my chief complaint with Honeycomb, by far.

I’m fairly reliant on Google services, including Gmail, Google Talk, and Google Docs, which makes me love the Gmail/Talk apps in Honeycomb. They’re seriously awesome if you use those services. The Google Docs app, not so much. It was designed for Android smartphones, it doesn’t scale up well, and ends up being much better for viewing documents as opposed to editing them. If Google puts out a Honeycomb specific version, it’d absolutely turn Honeycomb into a decent mobility solution for me. 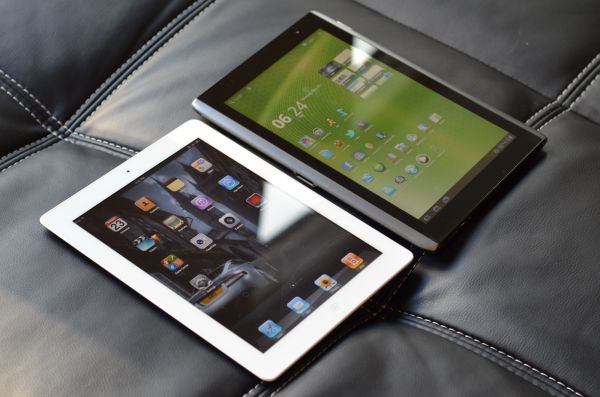 Third-party apps, too, are a problem, mostly in that there aren’t very many of them built for Honeycomb specifically. Yes, you can use Android phone apps, but the UI scaling just doesn’t work right. It doesn’t look as stunted as original iPhone apps running on the iPad, but it’s getting there. There are roughly 175 apps optimized for Honeycomb tablets, about 50 of which are just games. For comparison, the iPad hit the 60,000 app milestone this January. Note, that’s apps designed specifically for the iPad, not iPhone apps. And yes, I agree, they’re not all good apps—there’s probably a ton of iBeer and other worthless apps, but even if you take 1% as being high quality apps, that’s four times the total number of Honeycomb apps. Make it 10%, and you're looking at about forty times the number of apps that Honeycomb has. Think about that. If 90% of the iPad apps in the App Store are absolute garbage, there's still 40 times more quality iPad apps than Honeycomb apps in total. 1% is an exceedingly low percentage, one that’s simply not realistic, but I’m giving exaggerated numbers to show the difference in sheer magnitude. It’s not close. Google needs to get developers to port apps over to Honeycomb, and fast.

But the overall takeaway from Honeycomb is that it’s pushing tablet operating systems to something much more PC-like, in stark contrast to Apple and Microsoft, who are pushing their desktop operating systems to be more tablet-like. I like that approach; it feels like Apple is dumbing down their OS significantly, but we'll see how it plays out in the long run.

Acer’s software preload on the Iconia is relatively light, focusing on things like Acer’s own LumiRead eReading app and Zinio reader for magazines, as well as a social networking application. In addition, Acer has included full versions of Need for Speed: Shift and Let's Golf. We'll get to those last two right now.