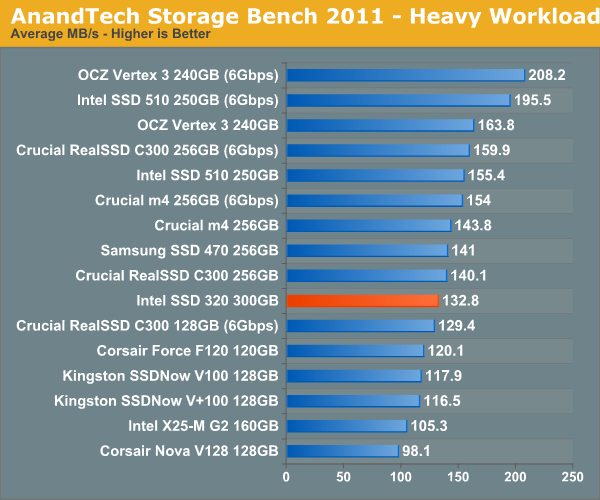 Overall performance is decidedly last generation. The 320 is within striking distance of the 510 but is slower overall in our heavy workload test. 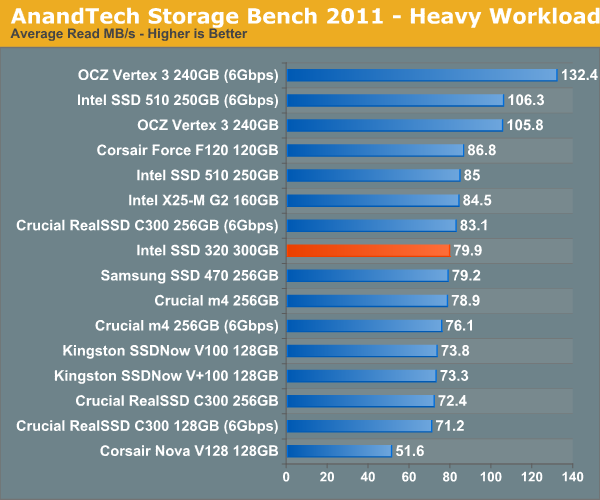 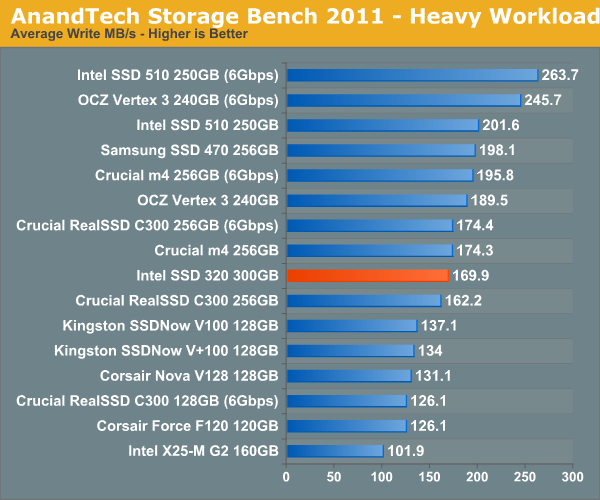 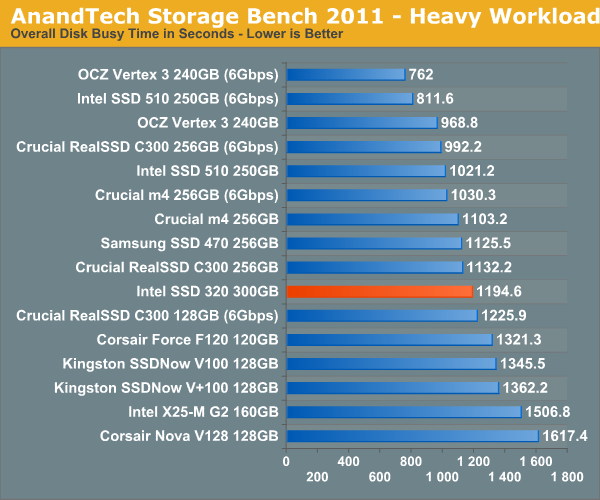 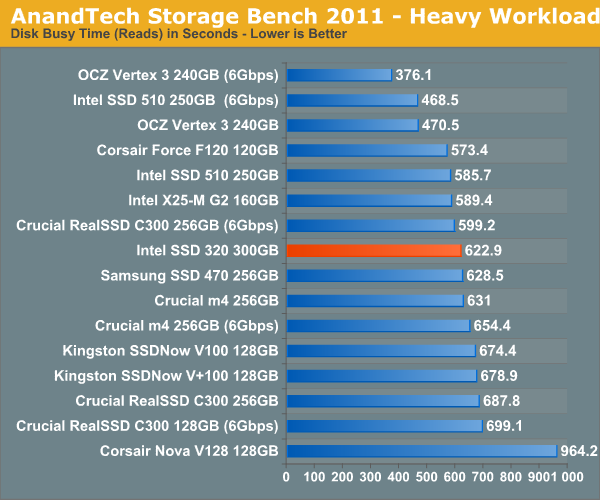 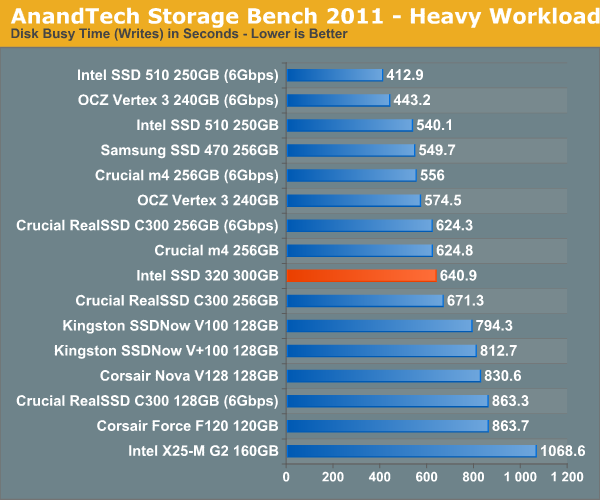