NVIDIA claims the Tegra 2’s video decoder can decode 1080p H.264 baseline profile (no CABAC) at 20Mbps while only drawing 400mW. The power draw numbers seem suspiciously low but we’ll have to test that for ourselves once we can get our hands on Tegra 2 smartphones in the coming months.

Borrowing another aspect from the desktop GPU segment, Tegra 2 can fully accelerate flash video and flash content in hardware. 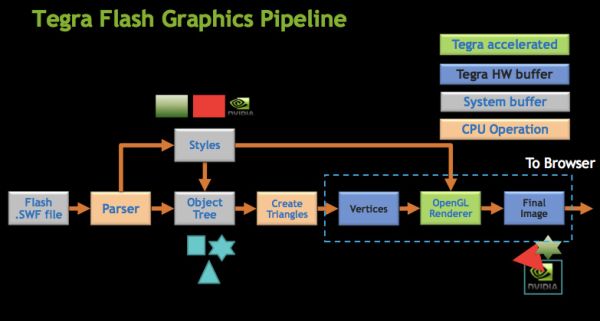 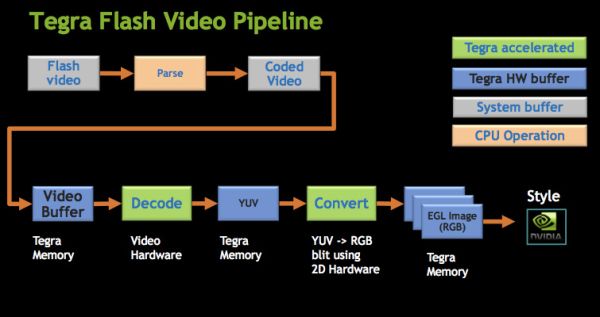 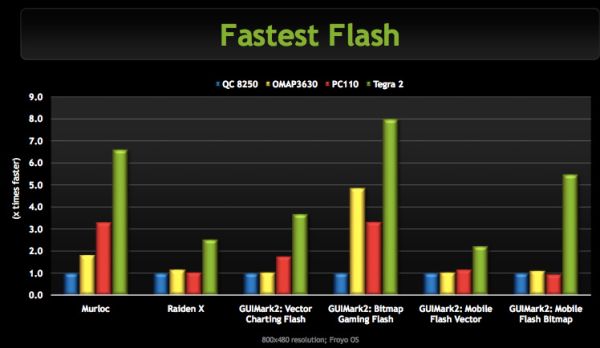 While it’s too early to tell anything about the quality of Tegra 2 smartphone cameras, NVIDIA’s ISP is extremely high performance. The ISP can burst through 12MP images at 11 frames per second. 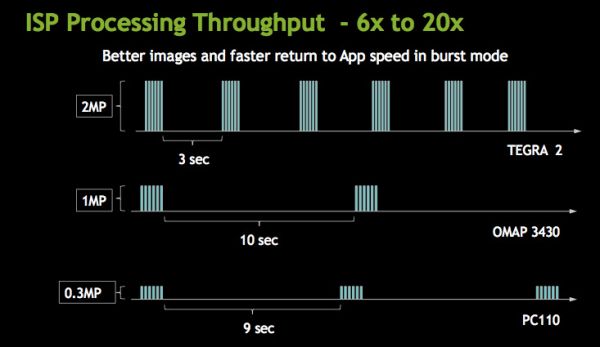 LG’s Optimus 2X uses the Tegra 2’s fast ISP to be able to shoot in a burst mode that fires off 6 shots in sequence without interruption. 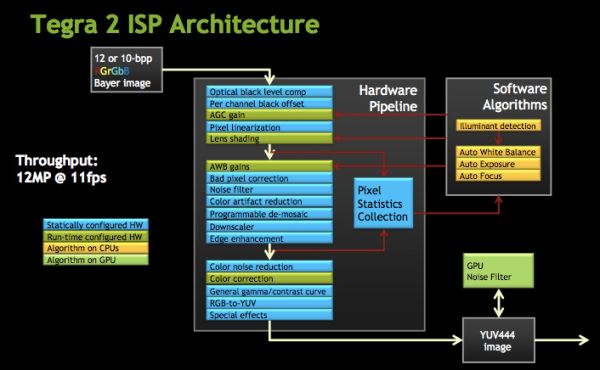