Note our AnandTech Storage Bench doesn't always play well with RAIDed drives and thus we weren't able to run it on the RevoDrive x2.

With a four controller SF-1200 setup the real performance advantage won't be seen on most desktop workloads.  The RevoDrive x2 is only a few percent faster overall than the original RevoDrive and about 10% faster than a single OCZ Vertex 2. 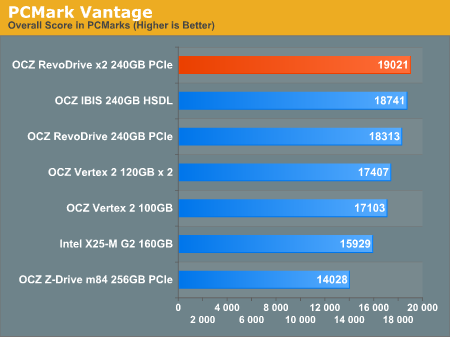 In the HDD suite the performance advantage is much greater. The RevoDrive x2 is also a bit quicker than the IBIS, perhaps because of the lack of overhead posed by the HSDL interface. There's a 31% performance improvement over the original RevoDrive. 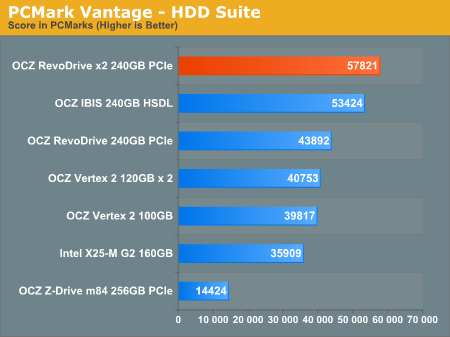 SYSMark shows that most CPU bound desktop workloads won't be impacted by the RevoDrive x2. If your applications are IO bound, expect to see an impact but otherwise there's not much to gain here. 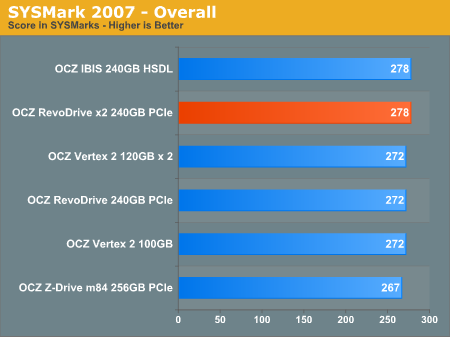