I’m going to just up and say it - the BlackBerry Torch is what you’d get if the Palm Pre and BlackBerry Storm had babies. Obviously the Pre was the better half. 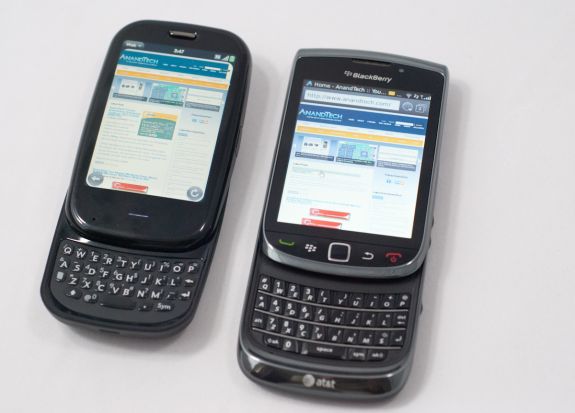 The Torch seriously does bear comparison with the Palm Pre though. Like the Pre, the display slides up along a track, revealing the BlackBerry’s distinctly shaped, four row keyboard underneath. Unlike the Pre, the Torch’s mechanism is spring loaded and completely smooth. 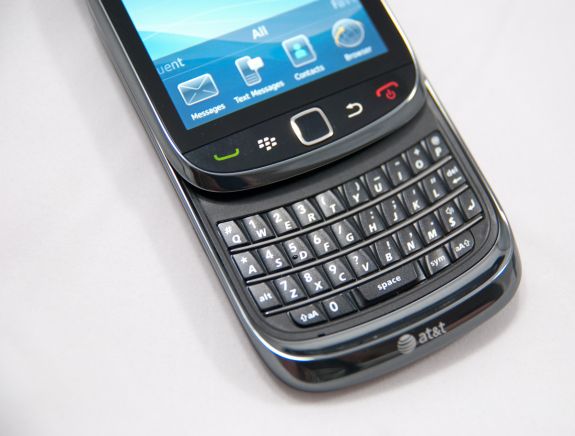 There’s no catch to hold it in place either open or shut, just the spring pressure that will ensure you’re either fully open or fully closed. I’ve seen some spring mechanisms in the past that were weak enough I could close the phone by jerking it very quickly, luckily the Torch’s doesn’t feel weak. There’s also no “oreo effect,” which plagued some of the first Palm Pres, where you could literally twist the display a few degrees. The Torch doesn’t rotate at all, and definitely seems to live up to RIM’s no nonsense build quality. Obviously the candybar form factor of older blackberries with no moving parts will still be more reliable long term, but the Torch does inspire confidence that it’ll come close. Part of that confidence definitely comes from the fact that the Torch is one of the heavier devices vying for market leadership at 5.7 ounces. 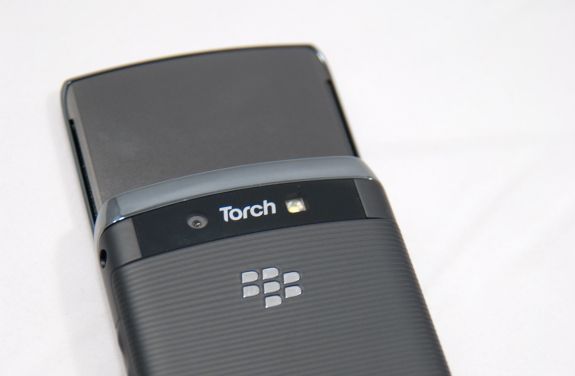 Oh, and thank goodness the backside of the Torch’s slider is matte black and not fingerprint-highlighting mirror. It’s interesting to note that RIM didn’t stick the AT&T branding back here, but at the bottom on the lower lip of the Torch.

Ditching the keyboard is exactly what the Storm and its similarly maligned cousin, the Storm 2, did wrong. Without just the right amount of word suggestion and auto correct software assistance, it isn’t possible to rely on a virtual keyboard. Moreover, RIM’s keyboards have consistently been among the best, if not the best due to their trademark shaped domes and row spacing that deliver excellent tactile feedback. I found myself typing at full speed once again.

Thankfully, RIM has learned its lesson and managed to keep the same portrait, thumb scrolling candybar form factor, plus touchscreen - and simultaneously include a keyboard. I honestly think this format is pretty close to being ideal if you absolutely need a keyboard, but want a screen large enough for touch interaction. Two awkward attempts later, I think it’s finally safe to declare that RIM has pulled off touch integration in a way that doesn’t totally compromise the BlackBerry feel or form factor. 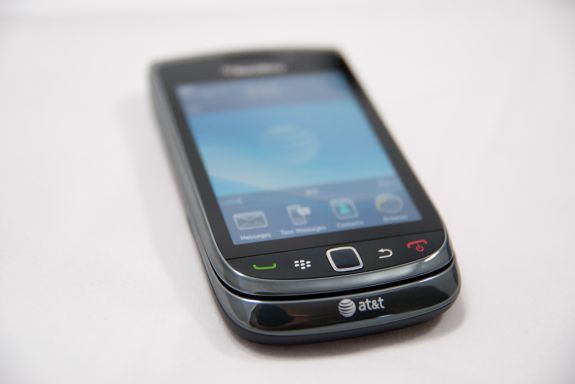 I found myself using the device with the keyboard tray open almost all the time, and using the optical trackpad for navigation everywhere. That isn’t to say that I was using the old-school trackball style navigation more because the touchscreen doesn’t work (because it does, flawlessly finally), but because the trackpad is easily reachable from the keyboard with your thumbs. The whole thing feels flawlessly balanced either way, there’s just something more ready to go about playing with the Torch with the keyboard tray open.