Testing on the Toshiba A505D used our usual suspects. We expect the Turion II to perform well; maybe not spectacularly but certainly respectably for a budget-conscious mainstream notebook. This is also the fastest AMD mobile processor we've tested yet, so we're eager to see how it works out. Here's a refresh of the configuration of our review unit:

For our basic synthetic benchmarks we're using PCMark05 and PCMark Vantage to get a feel for how the Turion II Ultra M600 stacks up. 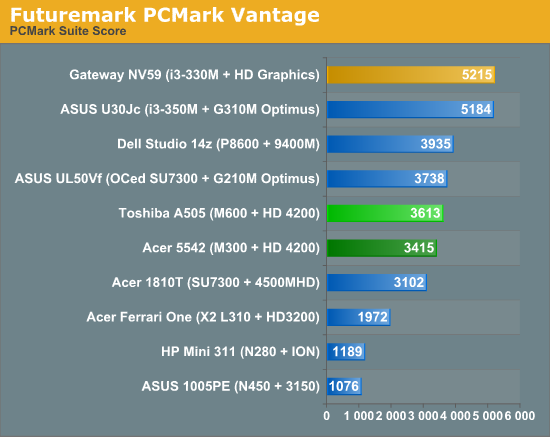 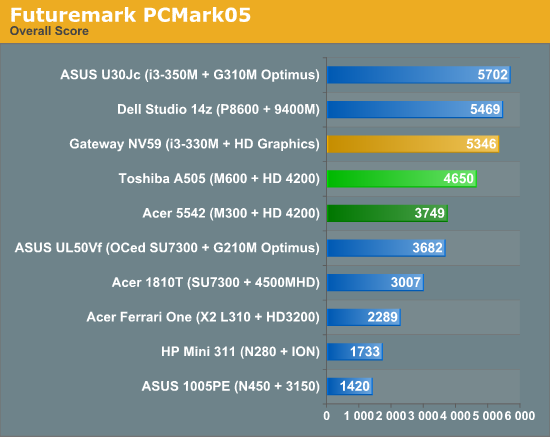 More or less falling in line with our expectations, the Turion II Ultra doesn't get murdered by comparable Core 2 Duo based machines, but it also can't really hang with Core i3/i5 processors either. Still, performance is certainly respectable, easily beating netbooks and CULV systems and showing healthy gains on the other AMD processors. 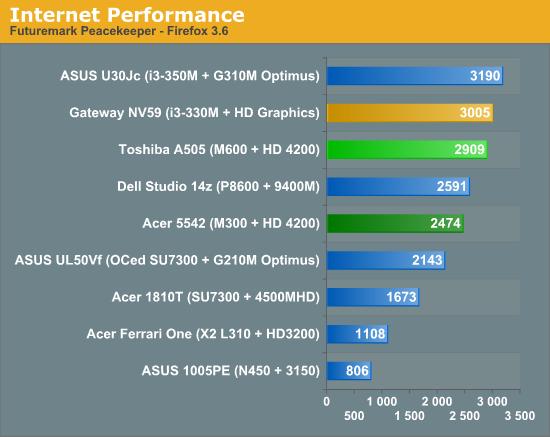 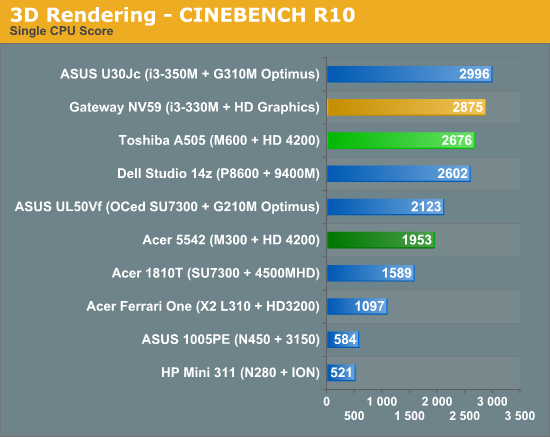 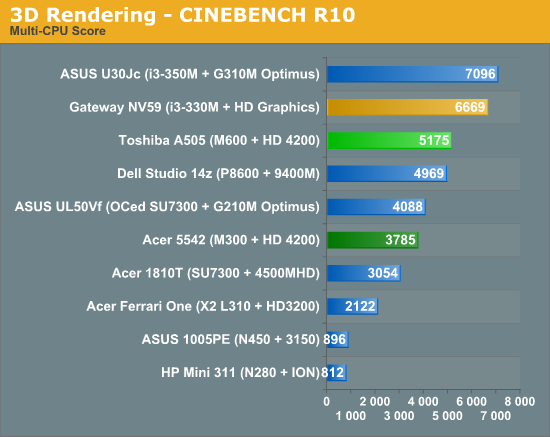 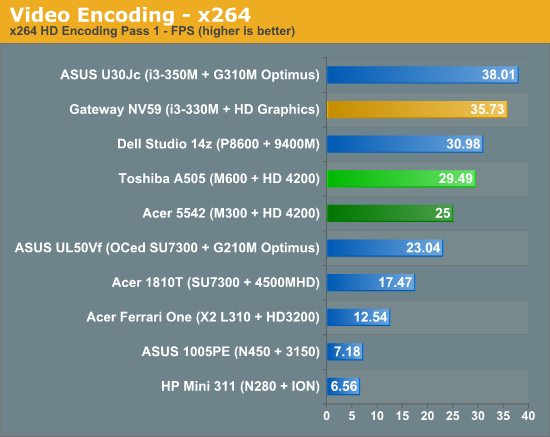 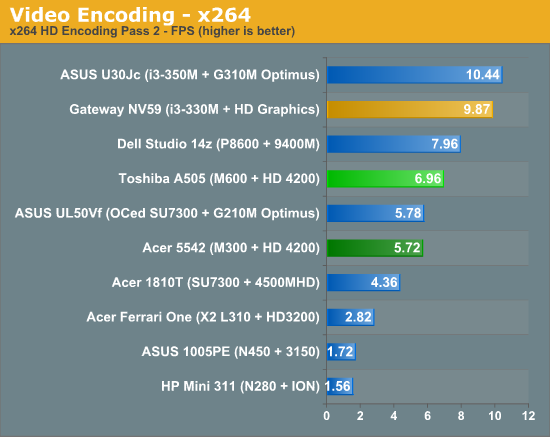 The 2.4 GHz Turion II Ultra puts in a very healthy performance in our other benchmarks, achieving parity with and oftentimes edging out the competing Core 2 Duo chips. The Core i3/i5 processors are in another performance class entirely, but the Turion II's showing here augurs well for the tri-core and quad-core AMD mobile processors that are now starting to ship.