We know what the GPU upgrade is good for, but what about the mild CPU bump in the 2010 13-inch MacBook Pro? 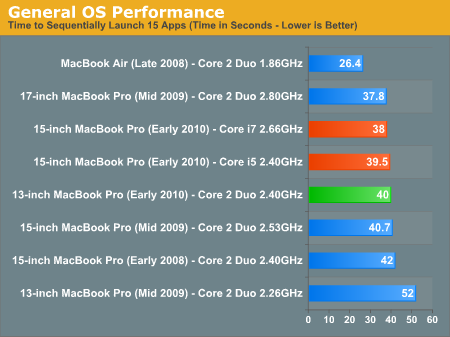 Also pay attention to just how well the Late 2008 MacBook Air does in this test. That's thanks to its SSD. Add an SSD to any of these notebooks and you'll see a similarly awesome increase in performance. 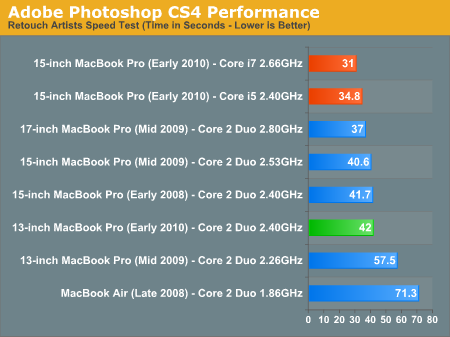 Start doing real work with the 13-inch MacBook Pro and you'll note that it's significantly slower than the new 15-inch models. The Core i5 just rocks. Compared to last year's model the new MBP is much faster, but again that's due to the 4GB vs. 2GB of DDR3 that comes standard with the machine. An upgraded 2009 13-inch MBP would be basically the same speed. 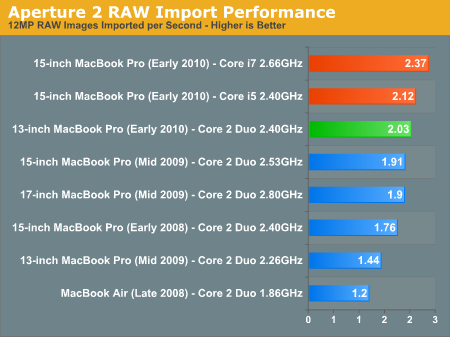 Photographers and digital media creation professionals will want to opt for the 15-inch MacBook Pro, the faster CPU is definitely worth it. 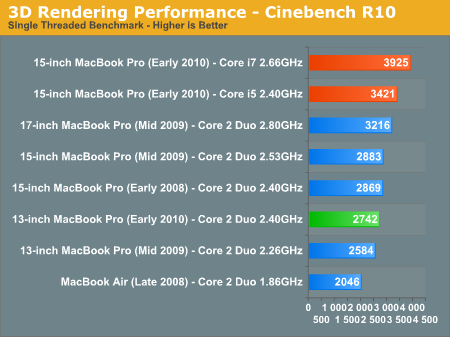 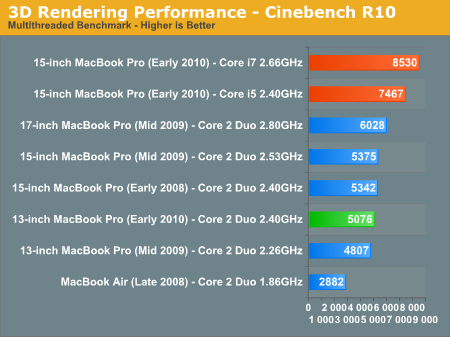 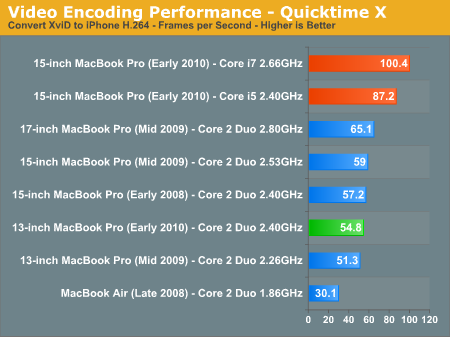 Encoding performance is improved over last year's 2GB/2.26GHz model, but no where near as much as the Core i5/i7 managed with the 15-inch model. If you're doing anything CPU intensive, the new 13-inch MacBook Pro isn't an upgrade.