Pricing: Heard Ya Got Robbed

The accessories also take you for a ride. Want a case? That's $39. The case is actually more important than you think because it doubles as a stand, which is useful for typing while laying down or for watching videos on.

Keyboard? That's $69 for the wireless version or $69 for the keyboard dock. Either way, Apple is getting its $69 from you if you want a physical keyboard. This is also useful if you want to do a lot of typing on the iPad. 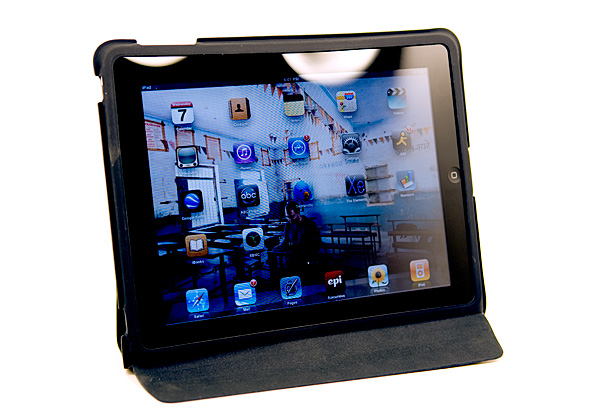 Want to put pictures on it from your camera? Apple will sell you a $29 camera connection kit with a dock-to-SD card reader and dock-to-USB port adapter. Otherwise you'll need to carry around a computer to sync your iPad to.

There's also an optional VGA output, but no digital outputs (HDMI, DVI, DP). It looks like the A4 is missing a TMDS as all of its optional outputs are analog (VGA, composite, component).

So the $499 base price is really more like $530 or $600 depending on what sort of use you want to get out of it. This is a new category of device, but I just feel that Apple is being a little too aggressive on the profiteering with the iPad (we'll get to the app store in a bit).

Later this month Apple will be shipping 3G enabled versions of the iPad. The 3G adder will set you back $130 and isn't retrofittable. AT&T is the sole provider of data service for the iPad, but the pricing is actually fairly reasonable:

Anyway you slice it, it costs a lot to get into this concert.