We utilized memory kits from Corsair and G.Skill to verify memory compatibility on our test boards. Our OS and primary applications are loaded on the OCZ Vertex 120GB SSD drive and our games operate off the WD Caviar Black 1TB drive. We did a clean install of the OS and applications for each motherboard. We used Intel's stock cooler for the stock comparison testing, while water-cooling via the superlative Heat Killer 3.0 water block was utilized for overclocking. For graphics duty, we used MSI's GTX 275 Lighting GPU to provide performance comparisons between boards during gaming benchmarks.

For our test results we set up each board as closely as possible in regards to memory timings. Otherwise all other settings are left on auto. The P55 utilized 8GB of DDR3 (apart from DFI's MI-T36 which is limited to 4GB), while the X58 platform contained 6GB. The P55 and X58 DDR3 timings were set to 7-7-7-20 1T at DDR3-1600 for the i7-920 and i7-870 processors at both stock and overclocked CPU settings.

Our power consumption testing utilizes the same batch of components under similar circumstances in a bid to monitor variances between idle and CPU load conditions using an AC wall meter for power consumption measurements. We install the vendor supplied power saving utilities on each board and enable power saving modes that don't involve any kind of underclocking or CPU core frequency modulation in order to run an apples to apples comparison. Assuming a maximum 150w load in the worst case scenario, actual motherboard power consumption is around 15%~20% lower than the shown figures if you factor out switching losses at the PSU. 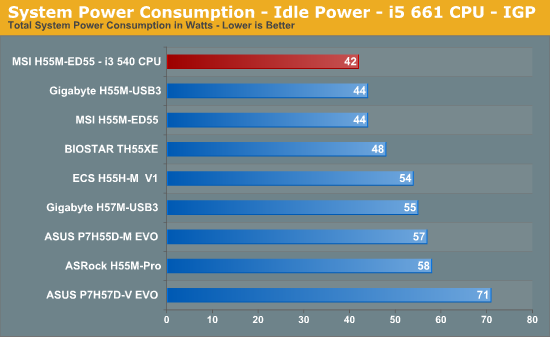 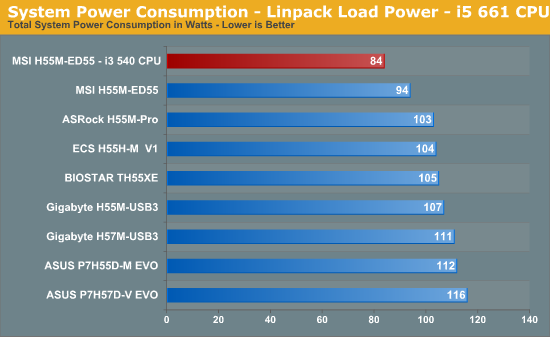 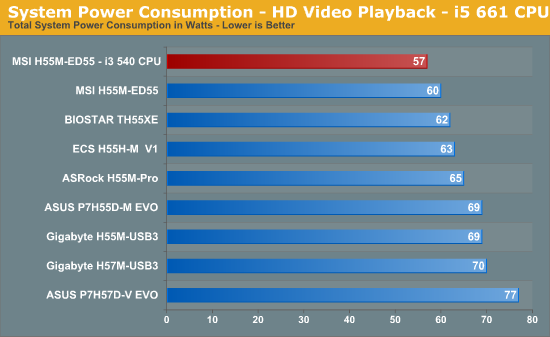