I dusted off ASRock’s ION system based on the Intel Atom 330 (dual-core 1.6GHz Atom) processor for the first part of today’s testing. It had a copy of Windows Vista x64 installed so I stuck with that. The integrated GeForce 9300/9400M chipset supports DXVA/DXVA2 and should be able to offload much of the video decode from the sluggish CPU to the integrated GPU. 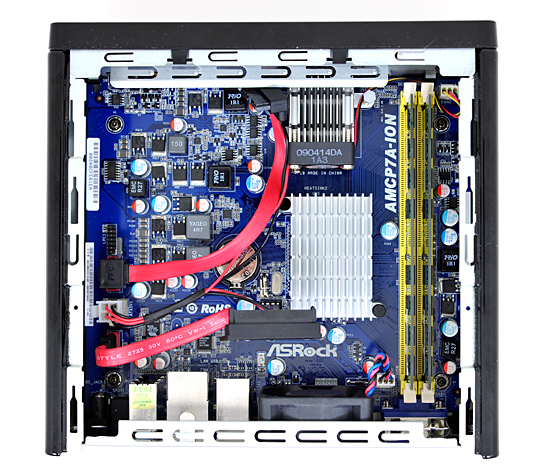 As you can see from the results below, CPU utilization drops significantly when going from Flash 10.0.32.18 to 10.1.51.45. Not only do the numbers drop, but playback performance (number of dropped frames) improves significantly. I’d say that all of the tests below were totally playable on the Ion system thanks to Flash 10.1.

These are awesome improvements. The Hulu HD results were a bit high but the YouTube HD test showed a drop from 60% CPU utilization down to 12%. Most impressive. Now on to the full screen Hulu tests:

The biggest difference I saw was running Hulu Desktop in full screen mode (1920 x 1200). While CPU usage wasn’t at 100%, the latest episode of The Office was completely unwatchable in the previous version of Flash. Updating to 10.1 not only dropped CPU utilization, but it made full screen Hulu Desktop watchable on a ~1080p display with the Ion system. I can’t believe it took this long to happen, but it finally did.

The one anomaly I encountered was CPU utilization not dropping while watching Hulu in a maximized IE8 window. I’ve brought it up with NVIDIA and we’re trying to figure out what’s going on.

There is some additional funniness that happens with certain NVIDIA GPUs and some flash video content. Some YouTube videos use a 854 pixel-wide resolution, and default to software decoding on NVIDIA ION and GeForce 8400GS (G98) GPUs. To fix this problem you have to do one of two things. Under IE8 NVIDIA recommends that you do the following:

Firefox 3.5.5 users have to follow a separate set of instructions:

Before running a YouTube HD clip, please go to Firefox menus and select Tools/Clear Recent History. Ensure the Cookies checkbox is checked, and do the clear. Next, go to Tools/Options/Privacy and select “Never Remember History”.

The above procedure will ensure an HD clip is first loaded in SD mode with 640x horizontal resolution, and then you select the HD button and get GPU- accelerated playback at 1280x HD mode. If you do not first delete Cookies and then turn off history, you may enter an 854x SD horizontal resolution upon starting up an HD clip which is not GPU-accelerated today. If starting in 854x SD mode, when you switch to the HD version, it will still be non-GPU accelerated.

These limitations are only on ION and GeForce 8400GS based GPUs, the rest of NVIDIA supported GPUs accelerate all content regardless of resolution. NVIDIA expects this behavior to be fixed either by updated NVIDIA drivers or an updated version of Flash.