Blizzard’s genre-dominating MMO is our next benchmark. As WoW is known to be CPU limited, we can turn it up to rather silly settings and still get a playable framerate on just about anything. 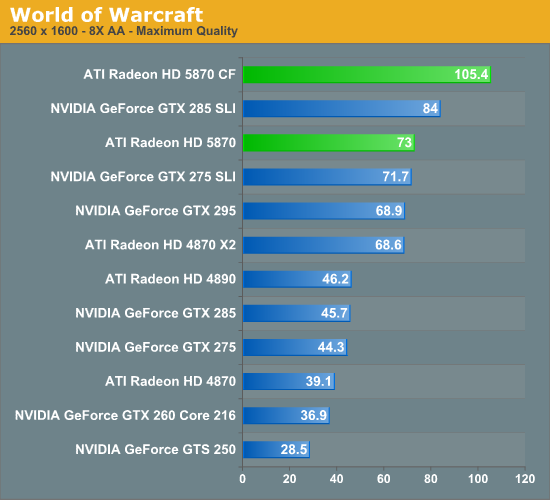 Meanwhile the 5870 CF continues to lead the pack. At 105 frames per second, it’s overkill for this game with only one monitor. Eyefinity on the other hand… 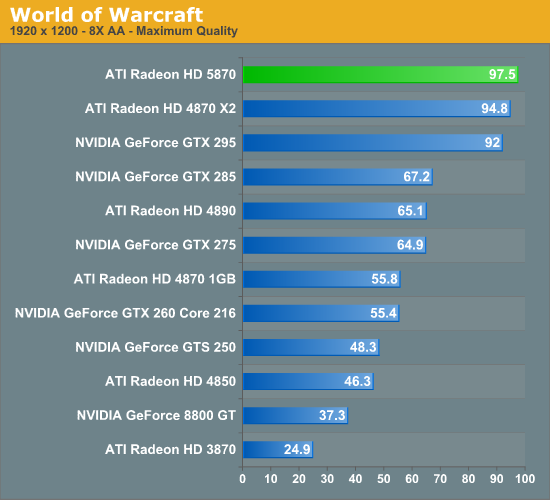