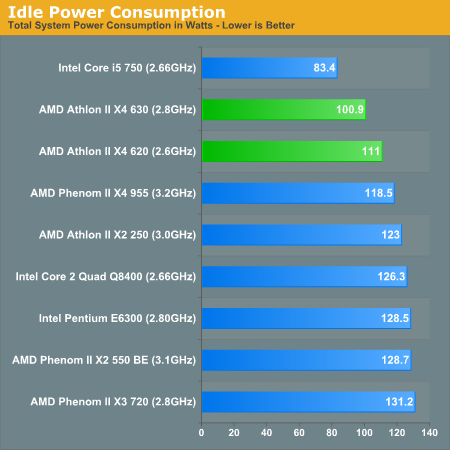 Without power gating the Athlon II X4 draws as little power as possible, noticeably less than any of AMD's other multi-core CPUs. Our X4 620 sample was a bit more power hungry than our 630. 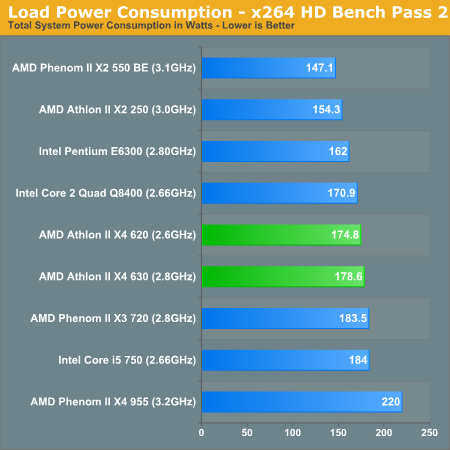 Even under load the power consumption story is a good one. Given the position of our Q8400 sample here we'd say that the Q8200 would probably use a bit less power, but the price differential should more than make up for it.

As I mentioned at the start of this article I managed to hit 3.25GHz on the Athlon II X4 620 without any additional voltage using the retail AMD cooler: 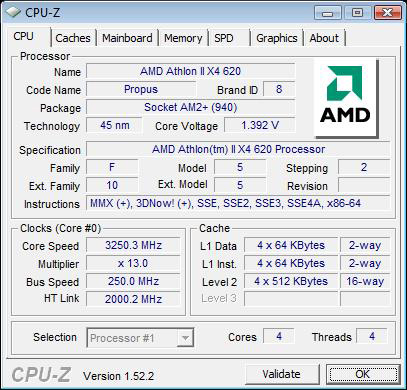 I could hit 260MHz x 13.0 for 3.38GHz by upping the voltage, but the gain wasn't worth the additional power usage. Anything higher wasn't possible without more exotic cooling or much more voltage. The performance improved handily at 3.25GHz: