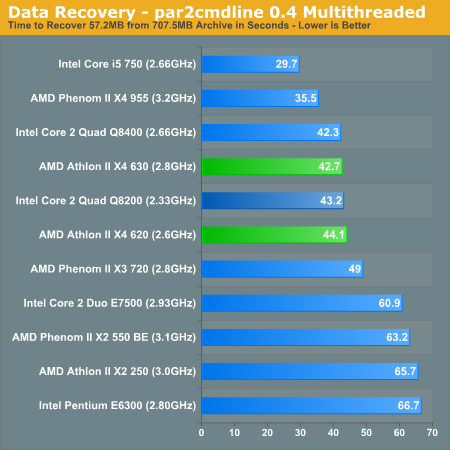 Par2 is healthily threaded so the Athlon II X4s continue to do well here. The Q8200 inches by the 620, but for all intents and purposes it's the same speed as the $99 fighter from AMD. 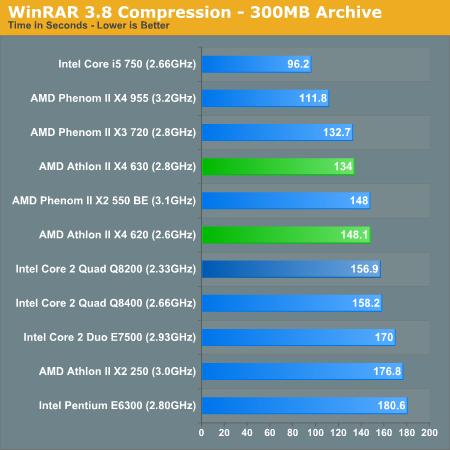 The roles are reversed here, and all of the AMD architectures prove faster than their similarly priced Intel alternatives.