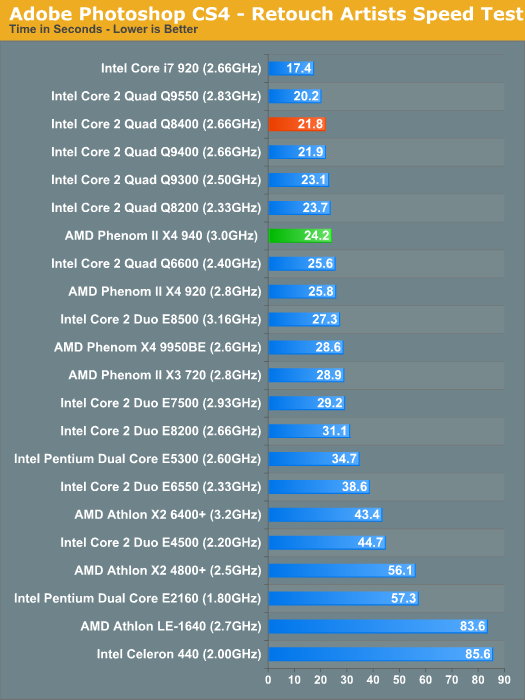 Intel continues to dominate our Photoshop CS4 test. The Q8400 and Q9400 are equals in this case and both are nearly 15% faster than the Core 2 Quad Q6600. There's a definite benefit to going with a quad-core CPU in our CS4 results, it's not the same sort of boost you get in video encoding but it's appreciable.