The new one is nothing like that. We get open sharing of information, real discussion about AMD’s strengths and weaknesses and it also helps that we also get the world’s fastest microprocessors with it.

We’ve seen that the new Intel can stand the test of time, at least over the past three years. But can the new Intel last when it’s not always winning reviews? Sure, Intel’s Core i7 remains untouched but what about at cheaper price points? Last month we found out that Intel is quite competitive at the $70 with its Pentium E5300. But between the $70 E5300 and the $280 Core i7-920 there are a few price points where AMD is recommendable.

The question then becomes how does the new Intel deal when it isn’t the fastest on the market?

Surprisingly well it turns out. 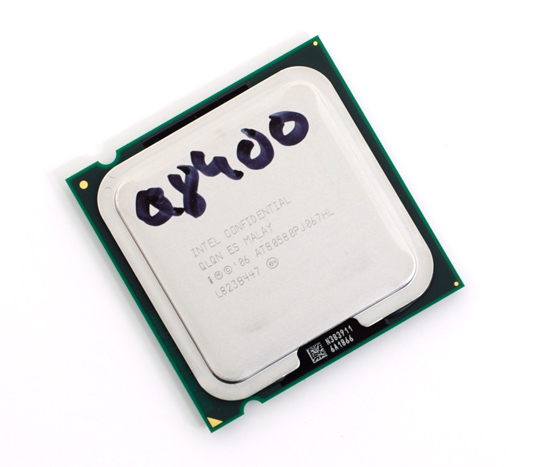 It’s a quad-core chip running at 2.66GHz with a 2MB L2 per pair of cores (4MB total). It’s like two Pentium Dual Core processors on a single package.

These chips actually have a 6MB L2 but with 2MB disabled either because they have irrecoverable defects in the cache or simply to hit the right price point. In other words, the Q8400 is literally a Q9400 but with 2MB of its L2 disabled. 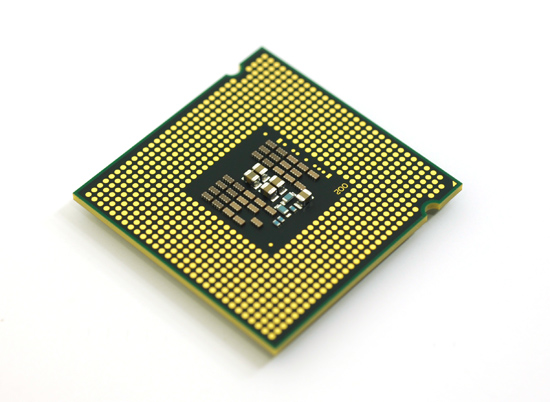 Once AMD began shipping Socket-AM3 Phenom IIs, it dropped the prices on its Socket-AM2+ parts once more. This wasn’t so much a price cut but rather a gradual phasing out of the AM2+ CPUs, eventually I expect an AM3-only market since those chips can also work in AM2+ boards.

Rather than take the bait and drop the Q9400 prices once more, Intel instead responded with the introduction of a similarly priced Q8400 at $183.

AMD’s Phenom II X4 940 was generally the same speed if not faster than Intel’s Core 2 Quad Q9400. With less cache, the Q8400 shouldn’t perform any better than the Q9400, so the question is - does it perform any worse?

Then there’s power consumption to worry about and overclocking, but we’ll get to those in due time. Let’s just say that the situation is far more complex than it seemed at first sight.