Here it is, what you've all been waiting for. And it's a tie. Pretty much. These cards stay pretty close in performance across the board.

Looking at Age of Conan, we see something we didn't expect. NVIDIA is actually performing on par with AMD in this benchmark. NVIDIA's come a long way to closing the gap in this one, and for this comparison it's paid off a bit. Despite the fact that this one is essentially a tie, NVIDIA gets props for being competitive here. 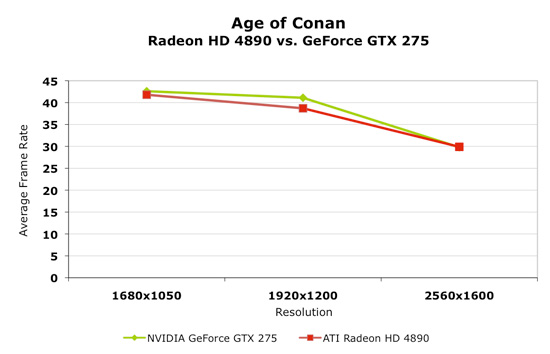 While NVIDIA usually owns Call of Duty benchmarks, the 4890 outpaces the GTX 275 at 16x10 and 19x12 while the GTX 275 leads at the 30" panel resolution. As long as its still playable, then this isn't a huge deal, but the fact that most people have lower resolution monitors who might want one of these GPUs isn't in NVIDIA's favor. 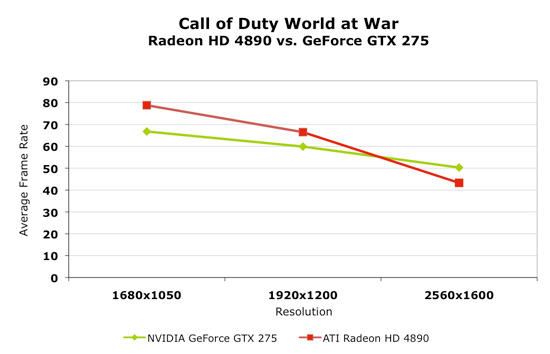 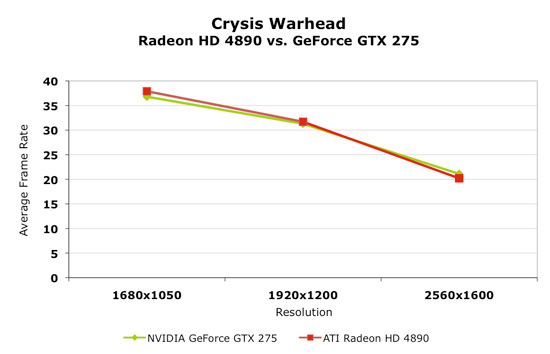 AMD leads Fallout 3, and this is the first game we've seen any consistent significant difference favoring one card over another. 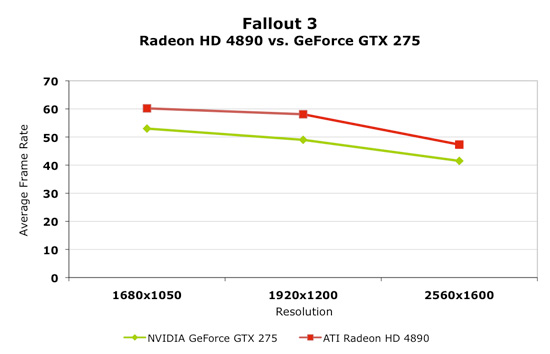 FarCry 2 takes us back to the norm with both cards performing essentially the same. 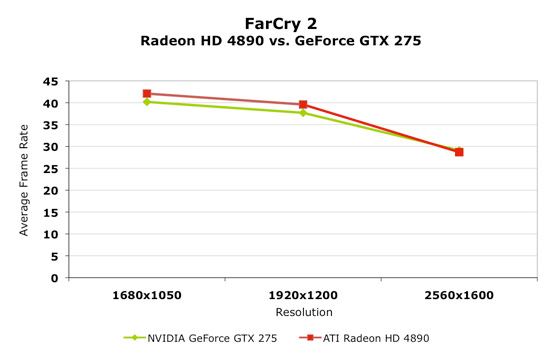 The 4890 does have a pretty hefty lead under Race Driver GRID. The gap does close at higher resolution, but it's still a gap in AMD's favor. 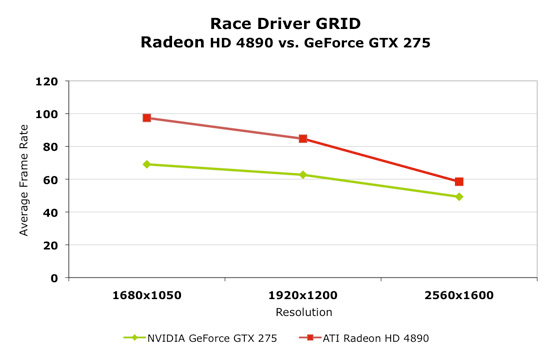 Left4Dead is also pretty much a tie with the card you would want changing depending on the resolution of your monitor. 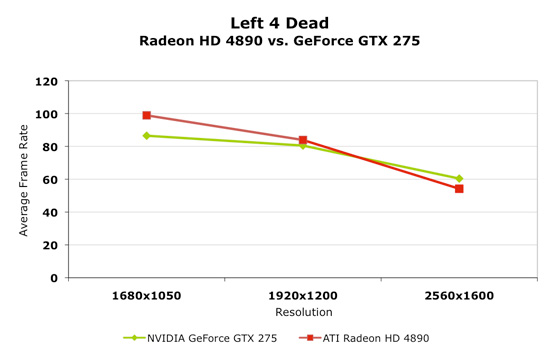 Overall, this is really a wash. These parts are very close in performance and very competitive.