How much power does 55nm save?

As far as we know, the GTX+ is a simple die shrink of G92 so the only differences between it and the regular 9800 GTX are clock speeds and power consumption.

Luckily EVGA sent us one of their GeForce 9800 GTX KO cards, which happens to be clocked at virtually the same speed as the upcoming GTX+:

With the 9800 GTX KO you can get the performance of the GTX+ today, without waiting for July 16th for availability. What you do lose out on however is power. At idle the new 55nm chip draws about 3% less power than the overclocked 9800 GTX and actually draws 8.7% more power than the stock-clock 65nm 9800 GTX. 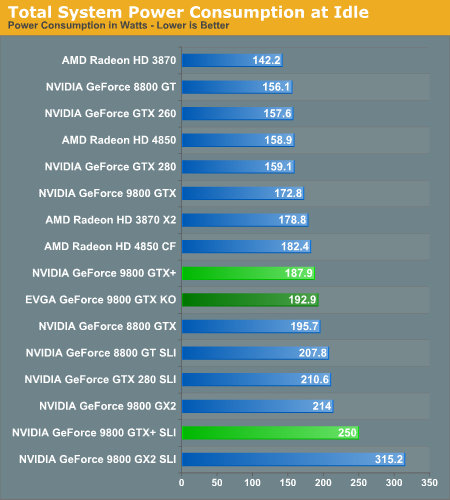 Under load, the GTX+ once again draws around 3% less power than EVGA's KO edition, it would seem that the move to 55nm actually doesn't buy NVIDIA much in the way of power savings. 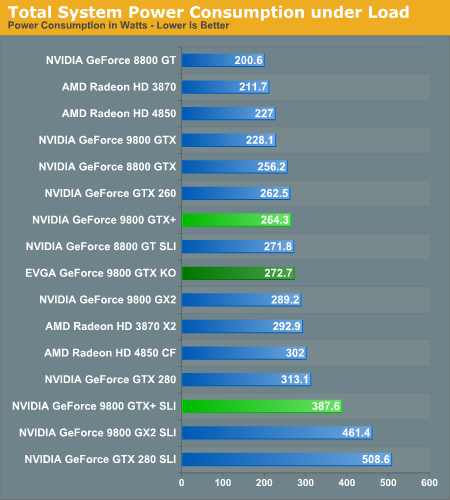 We're keeping the commentary to a minimum here as this is a quick preview, we'll have a full performance analysis of the entire AMD and NVIDIA product lineups early tomorrow morning as the NDA lifts on AMD's Radeon HD 4870.