Externally, the new MacBook Pro is no different from its predecessor so I'll refrain from going into great detail about it. Instead I will focus this section mostly on how the Pro differs from its cheaper alternative: the base MacBook. Be sure to check out our teardown of the new MacBook Pro and a closer look at its internals here. 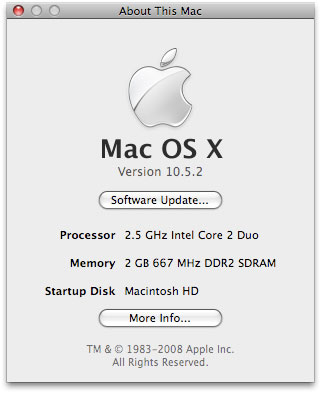 The MacBook Pro continues to be an all-aluminum chassis with ports on both sides and a slot loading optical drive out front. Unlike the MacBook and MacBook Air, the Pro's display latches to the base and isn't held down using a magnet. 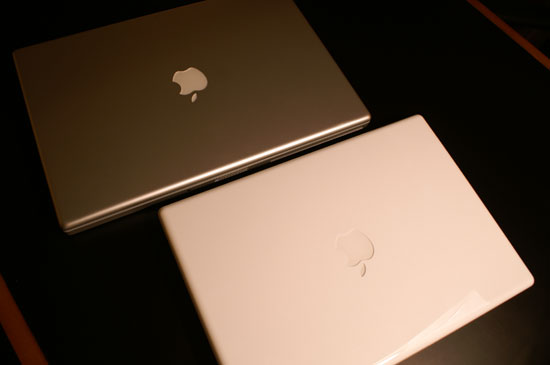 The larger footprint of the MacBook Pro is noticeable and while it's comfortable to carry around, it's far better suited for sitting on your desk than being constantly carried around and unfolded. It's not quite desktop replacement size (unless you opt for the 17" model) but there's no question that the base MacBook feels more portable, not to mention the Air.

The display on the MacBook Pro is beautiful and is a significant improvement over what’s used in the base model thanks to Apple's use of an IPS panel instead of a TN panel. The result is much better off-angle viewing. I can't stress enough how big of a difference the display makes with the MacBook Pro and is honestly the main reason I would pick it over the regular MacBook as a work machine.

The higher resolution display is a nice advantage of the Pro over the base MacBook (1440 x 900 vs. 1280 x 800). While OS X does an excellent job of window management on cramped laptop displays, there's never a replacement for more pixels and you can simply be more productive on the Pro's display than on the base MacBook's. 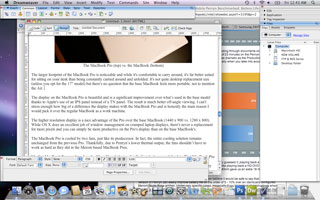 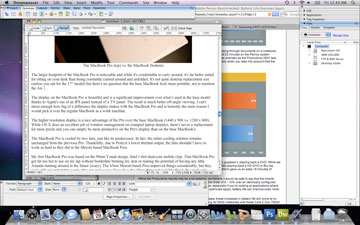 The MacBook Pro is cooled by two fans, just like its predecessor. In fact, the entire cooling solution remains unchanged from the previous Pro. Thankfully, due to Penryn’s lower thermal output, the fans shouldn’t have to work as hard as they did in the Merom based MacBook Pros.

My first MacBook Pro was based on the 65nm Yonah design, Intel’s first dual-core mobile chip. That MacBook Pro got far too hot to use on my lap without borderline burning my skin or ruining the potential of having any little Anands running around in the future (scary). The 65nm Merom based Pros improved things considerably, but they were still uncomfortably warm after any real usage. How does the 45nm Pernyn based MacBook Pro stack up?

Honestly, the new MacBook Pro isn’t bad at all when it comes to heat. The base of the system can get warm, but not what I’d consider hot. Penryn’s impact here is definitely a positive one.

Despite not having the unique separated-key keyboard of the base MacBook and the Air, the MacBook Pro’s keyboard is arguably just as good, if not better. The keyboard feels a bit more expensive but I can’t stress enough how both keyboards are definitely among the best I’ve used. 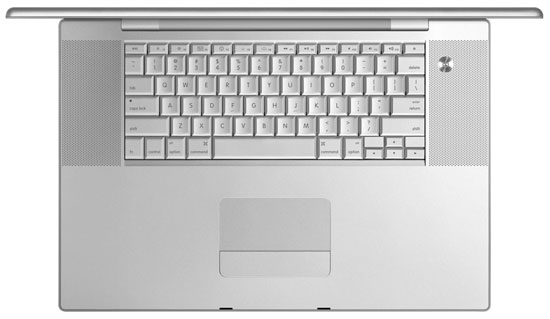 The biggest difference between the MacBook keyboards is the Pro's use of a fiber optic backlit keyboard. Light sensors are hidden beneath the speaker grills on the left and right of the keyboard, in low ambient light the keyboard's backlight will illuminate and help you locate keys. If you use the MacBook Pro as a second system only on the road and aren't necessarily intimately familiar with its keyboard layout, the backlight helps a lot in dark situations like on a plane without being intrusive or waking up neighboring passengers. The Pro's display will also dim/brighten itself based on ambient light, something the base MacBook won't do as it lacks the appropriate light sensors. 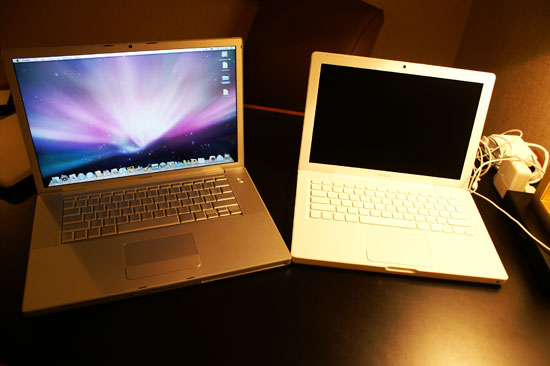 The Pro really makes the base MacBook look entry-level, and yes that's my hotel room in the background

The improvement in Exposé and Dashboard performance is very noticeable on the Pro vs. the base MacBook thanks to the Pro's GeForce 8600M GT and larger, dedicated frame buffer. 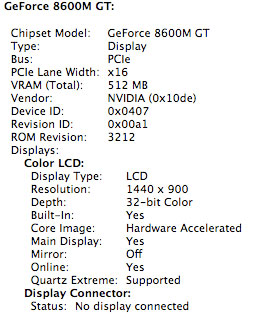 It turns out that Apple really did an excellent job of naming with the MacBook Pro. If you were to ask me which I’d recommend to you, it’d really depend on whether or not you were using the notebook for work. The MacBook Pro really completes the package in a way that the base MacBook doesn’t, and the improved screen is so key if you’re planning on doing any sort of work while seated in a somewhat unusual position (ooo kinky).