Episode One of the new Half-Life 2 series makes use of recent Source engine updates to include Valve's HDR technology. While some people have done HDR that won't allow antialiasing (even on ATI cards), Valve put a high value on building an HDR implementation that everyone can use with whatever settings they want. Consistency of experience is usually not important enough to developers who care about pushing the bleeding edge of technology, so we are very happy to see Valve going down this path.

We use the built-in timedemo feature to benchmark the game. Our timedemo consists of a protracted rocket launcher fight and features much debris and pyrotechnics. The Source engine timedemo feature is more like the nettimedemo of Id's Doom 3 engine, in that it plays back more than just the graphics. In fact, Valve includes some fairly intensive diagnostic tools that will reveal almost everything about every object in a scene. We haven't found a good use for this in the context of reviewing computer hardware, but our options are always open.

The highest visual quality settings possible were used including the "reflect all" setting which is normally not enabled by default, and anisotropic filtering was set at 8x. While the Source engine is notorious for giving great framerates for almost any hardware setup, we find the game isn't as enjoyable if it isn't running at at least 30fps. This is very attainable even at the highest resolution we tested on most cards, and thus our target framerate is a little higher in this game than others. 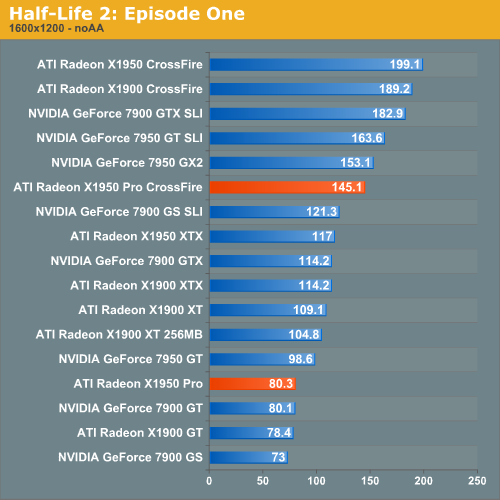 Showing about a 10% performance advantage over the 7900 GS, the X1950 Pro delivers a good level of performance under Half-Life 2: Episode One without AA enabled. Combine that with the fact that CrossFire delivers about an 80% performance improvement to SLI's 66%, and we have a clear winner in the mulit-GPU department here. 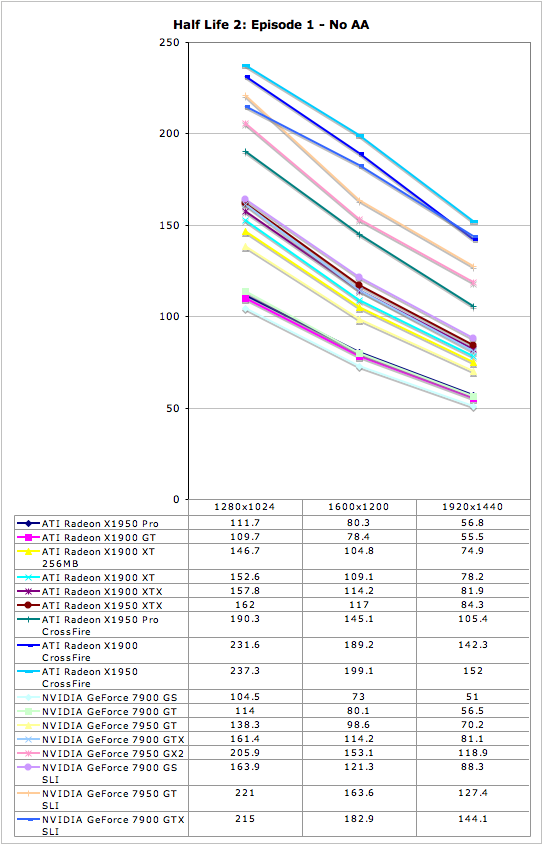 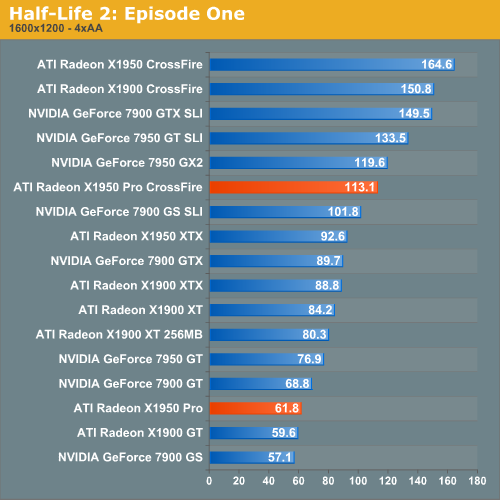 Enabling 4xAA under HL2:EP1 closes the gap between ATI and NVIDIA at the $200 mark, but still leaves ATI in the lead. The same is true in the multi-GPU arena. 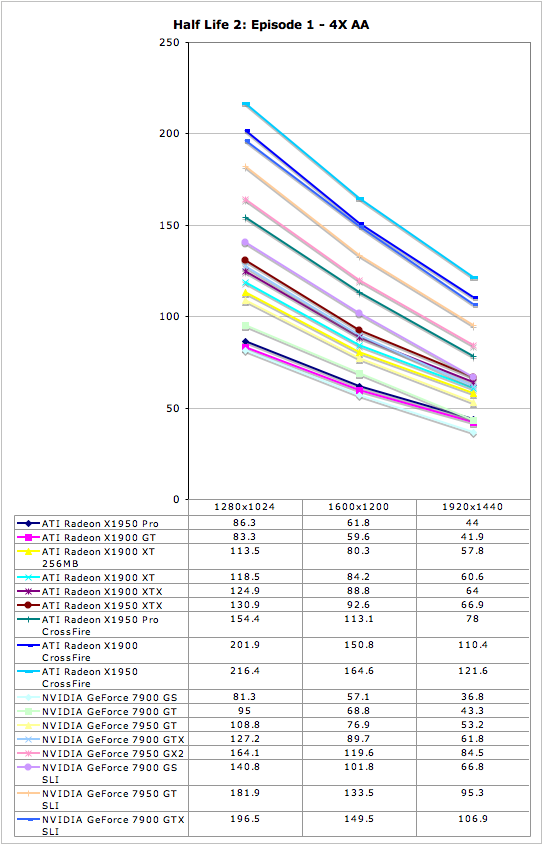