Next we had to remove the fan assembly, which we did by first removing two of the hard drive sleds so we could gain access to the lone screw that holds the fan assembly in place. Then, with a flexible putty knife we pulled the edge of the assembly away from the case and attempted to pull it out. The fan assembly will pull straight out, although we've found that it's a very tight fit and wiggling sometimes helps as you pull it out. 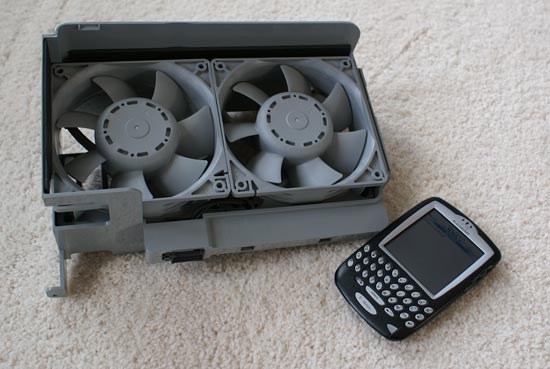 With the fan assembly out take a moment to marvel at how large and heavy it is, and then put it aside as we need to get one more thing out of the way before we can unscrew the heatsinks. If you can get the memory cage out then this next step isn't necessary, but if you're like us and can't get the thing out then this next step will make removing the heatsinks a lot easier. 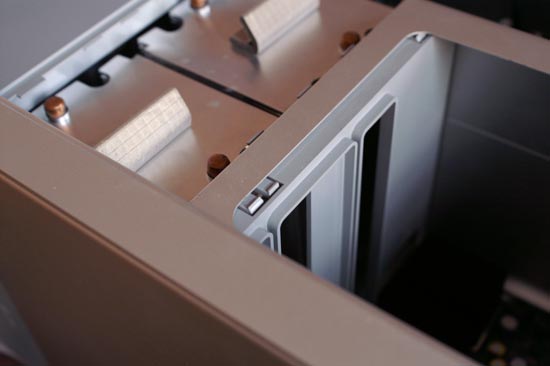 The plastic guard, pulled out slightly to expose the latches - Click to Enlarge

There's a plastic piece that sits in the left side of the memory cage; it's what the CPU heatsink cover latches on to on this side and it's also what helps the memory risers guide into place. This plastic piece can be removed fairly easily as it just latches into the memory cage itself, so break out the putty knife and let's get to it. 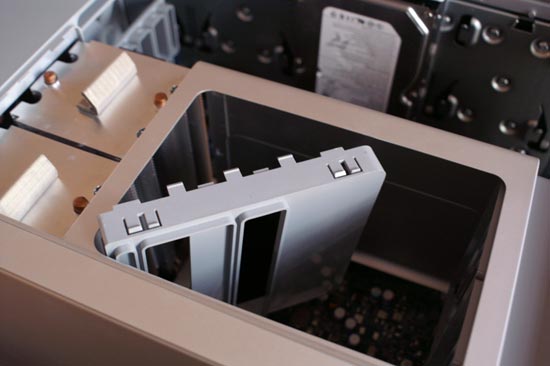 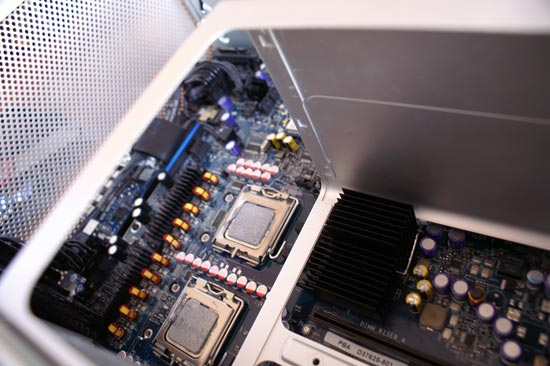 With the plastic guard off, it's now infinitely easier to gain access to the screws that hold the heatsinks in place. Each heatsink is attached to the motherboard by four allen screws; simply remove them (in an opposite side/opposite corner pattern) using a very long screwdriver (or a small allen wrench). We didn't have an allen wrench that worked so we attached two extenders to our screwdriver to get down to the screws.

With all of the screws undone for the first heatsink (the allen screws don't come off completely, they remain attached to the heatsink) you have to disconnect the thermistor cable that runs from the heatsink to the motherboard. Be sure to do this before you remove the heatsink as you don't want to cause any accidental damage to the cable. 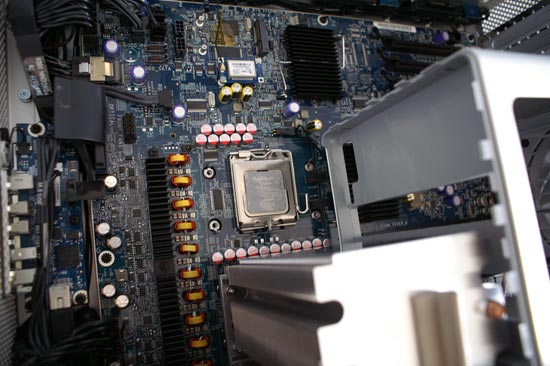 Finally you lift off the heatsink and set it aside, exposing the LGA-771 Xeon socket below. You can repeat the process for the second heatsink, also not forgetting to remove its thermistor cable (this one is actually beneath the memory cage) before pulling off the heatsink. With both heatsinks removed, it was time to swap processors. 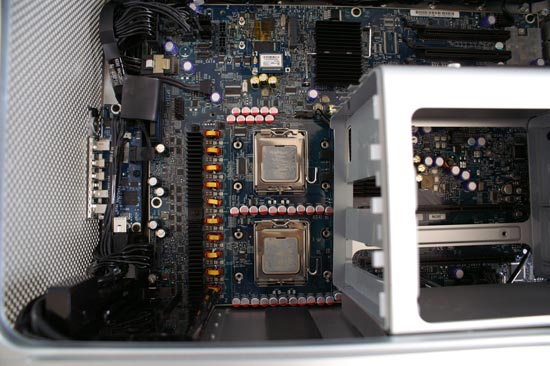