ATI was fortunate enough to have a working Xbox 360 sample at their booth: 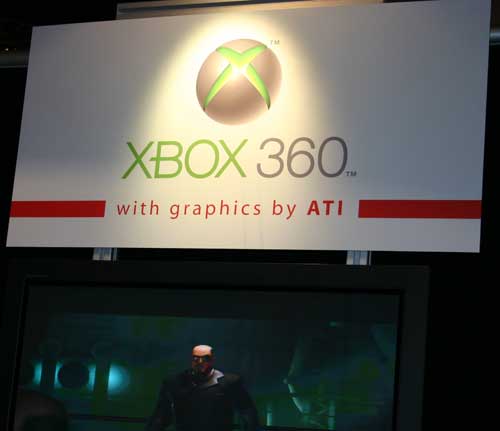 There was no controller hooked up to the sample, and ATI stationed one employee next to the box at all times to avoid anyone making off with it. The console itself was behind a glass box.

The machine was running ATI's R520 Ruby demo, which took about a week to port to the 360 from the original PC version. The hardware in this particular box wasn't running at full speed, but ATI mentioned that they could if need be.

ATI has had Xbox 360 GPU silicon back since last November, so we tend to believe them.

With the first half of today spent searching for Xbox 360, now we turn to the West Hall of the Los Angeles Convention Center... 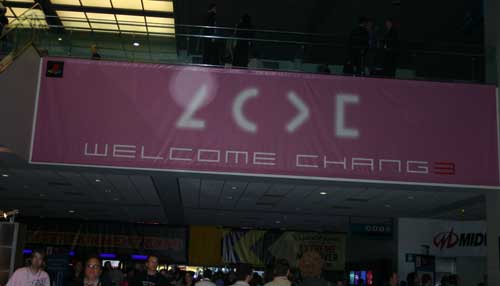