It was clear in our early testing of the Asus P5WD2 Premium that Asus was interested in showing the standout memory performance of their new 955X motherboard. Toward this end, Asus, Corsair and OCZ all worked on low-latency DDR2 memory solutions that would perform well in the P5DW2. 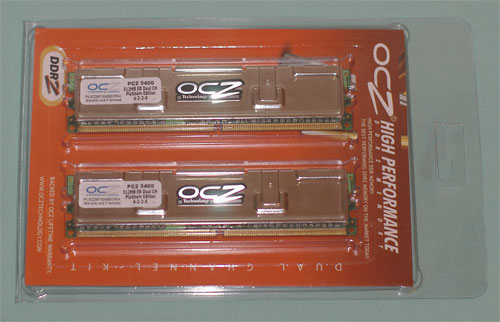 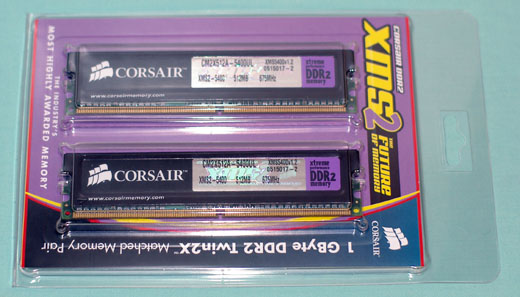 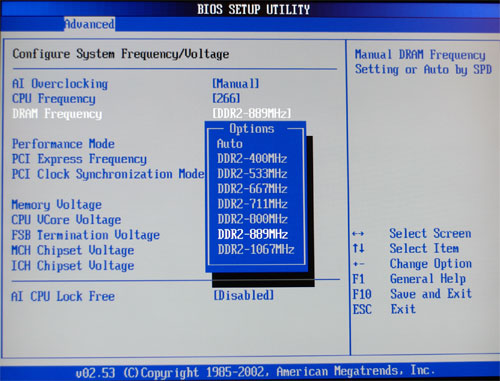 The next memory milestone is DDR2-1066, which is an exact 2:1 ratio with the 3.46EE introduced with the 925XE motherboard (Intel CPU is quad-pumped and memory is Double Data Rate). Intel's Pentium D chips are currently based on 800FSB, but the 955X does support 1066FSB. With this in mind, we mounted an Intel 3.46 Extreme Edition with a 1066 FSB. 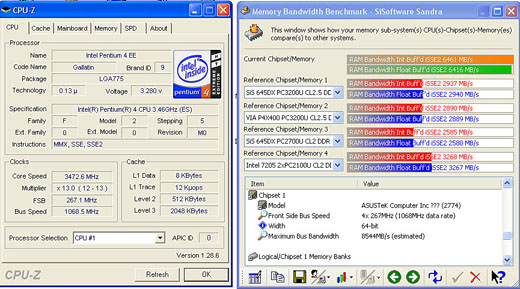 We were amazed to find that the Corsair CM2X512A-5400UL could reach DDR2-1066. This yielded a Sandra standard bandwidth of just over 6400 MB/sec. To put this in perspective, this is the first motherboard and memory that we have ever tested capable of running at DDR2-1066. Frankly, 1066 required slower 5-5-5-15 timings at the maximum 2.3V available on the Asus. We also needed to push all chipset and bus voltages to the maximum and set CPU voltage at 1.60V to achieve this milestone. 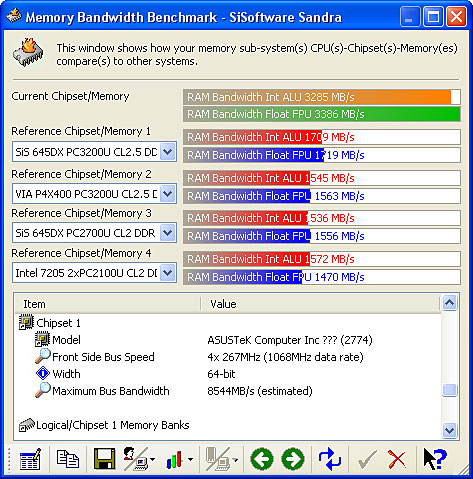 These compromises are reflected in the unbuffered bandwidth of about 3300 to 3400 MB/s. 1066 was the absolute maximum that we could reach and we would not call that speed 100% stable. However, none of these qualifications take away the remarkable DDR2-1066 milestone that Corsair and Asus have achieved.

The OCZ PC2-5400 took a different approach at the top of the performance curve. 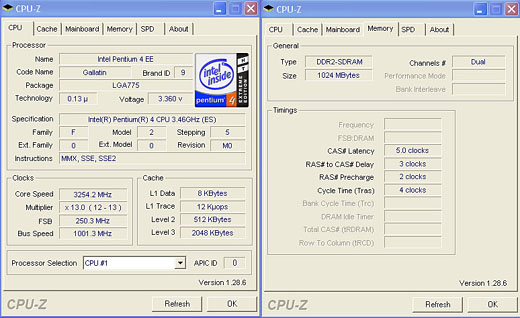 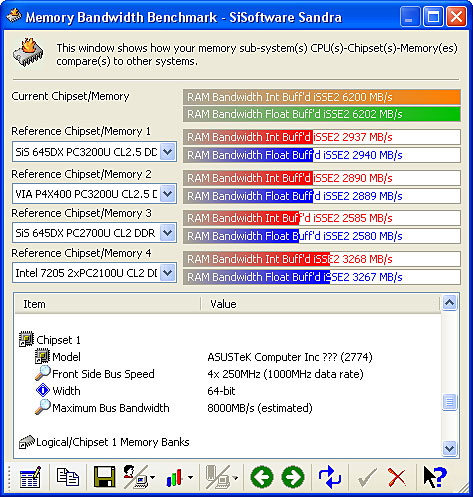 This yielded slightly slower Sandra standard scores at about 6200 MB/sec. 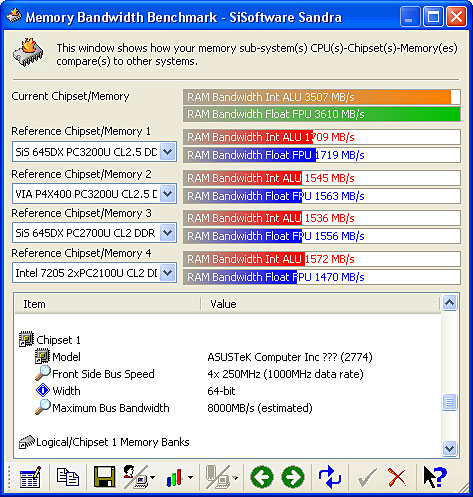 However, the unbuffered Sandra scores were higher than Corsair at 3500 to 3600 MB/sec.

We'll leave it to the memory manufacturers to argue which is better, since performance of the Corsair and OCZ is essentially the same on the new Asus P5DW2 Premium. However, no matter how you view the results, Corsair has earned the title of fastest memory speed in this round at DDR2-1066. There is also the advantage of being able to run the 3.46EE processor at the full rated speed of 1066 FSB with the memory running at 1066.