The B550 Pro4 is a more cost-down version of the Extreme4, where we replace features like the 2.5 gigabit Ethernet with single gigabit Ethernet, as well as reduce the number of power phases and such. Because Pro4 is a different line to Extreme4, there’s also a major overhaul in the styling. 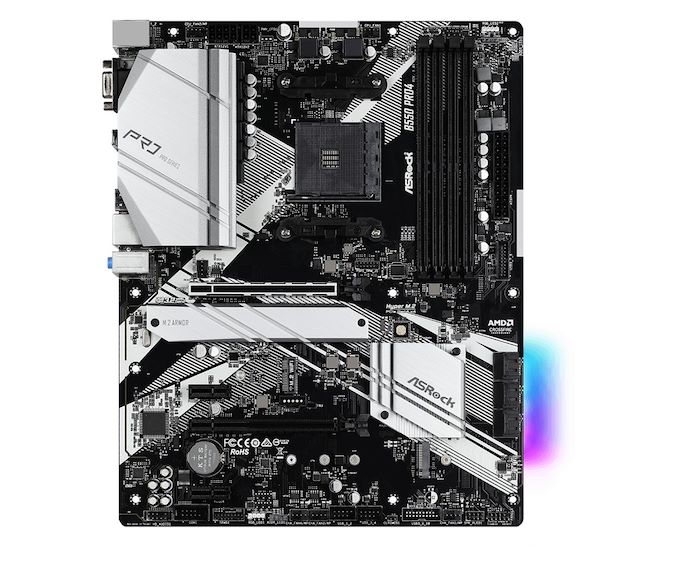 In this instance the power delivery is all situated on the left hand side, with a single heatsink and a shortened rear panel cover that doesn’t cover all the rear panel segments. The socket area is a little busy, with ASRock going for a mix of angles here, so it’s hard to make out but there are three 4-pin headers around the socket, while the CPU is powered by an 8-pin and a 4-pin.

The DRAM slots are still single sided latch designs, and on the right hand side of the board we get an RGB header, the 24-pin ATX connector, a USB 3.0 header, and six SATA ports. Underneath the SATA ports are some built in RGB LEDs. 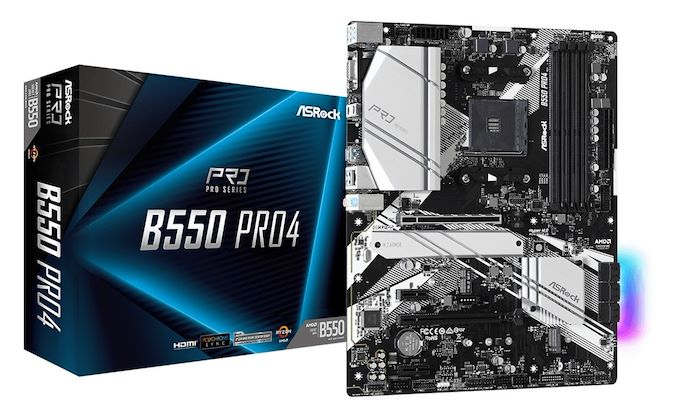