A number of our benchmarks fall into the category of simulations, whereby we are either trying to emulate the real world or re-create systems with systems. In this set of tests, we have a variety including molecular modelling, non-x86 video game console emulation, a simulation of the equivalent of a slug brain with neurons and synapses firing, and finally a popular video game that simulates the growth of a fictional land including historical events and important characters within that world.

One frequent request over the years has been for some form of molecular dynamics simulation. Molecular dynamics forms the basis of a lot of computational biology and chemistry when modeling specific molecules, enabling researchers to find low energy configurations or potential active binding sites, especially when looking at larger proteins. We’re using the NAMD software here, or Nanoscale Molecular Dynamics, often cited for its parallel efficiency. Unfortunately the version we’re using is limited to 64 threads on Windows, but we can still use it to analyze our processors. We’re simulating the ApoA1 protein for 10 minutes, and reporting back the ‘nanoseconds per day’ that our processor can simulate. Molecular dynamics is so complex that yes, you can spend a day simply calculating a nanosecond of molecular movement.

This is one of our new tests, so we will be filling in more data as we start regression testing for older CPUs. 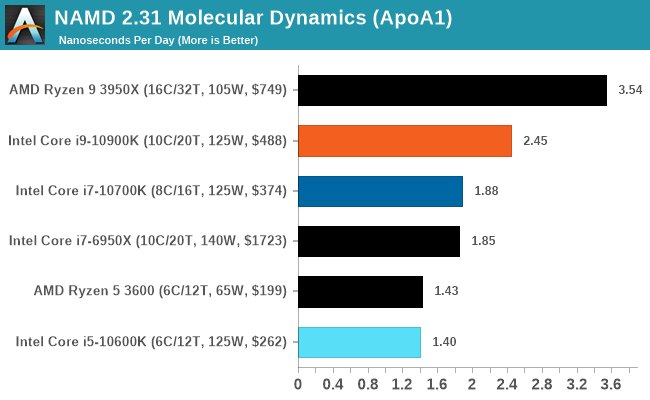 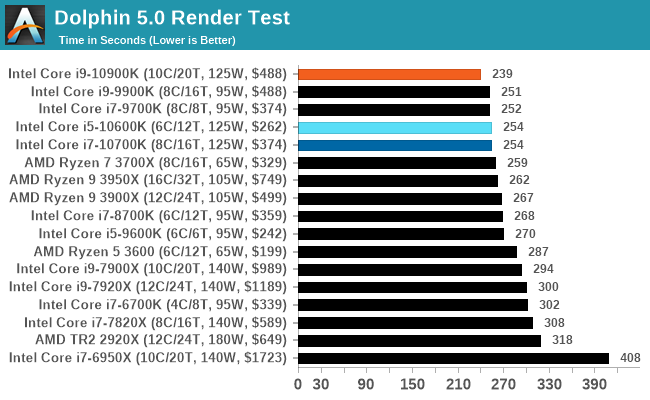 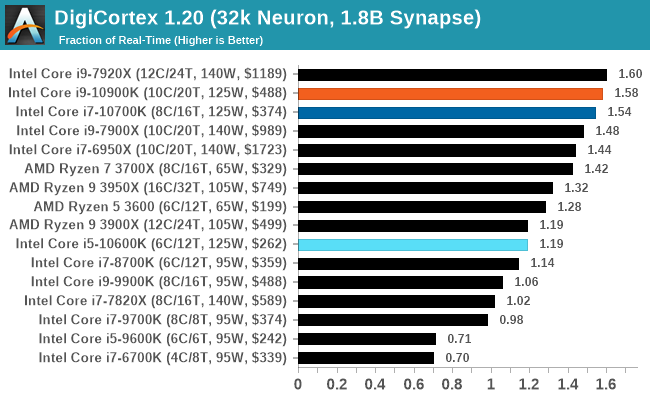 The additional bandwidth of the HEDT platforms put them higher up the chart here - Digicortex always ends up as an odd mix of bottlenecks mostly around memory, but it can be localized internal bandwidth limited as well.

Another long standing request for our benchmark suite has been Dwarf Fortress, a popular management/roguelike indie video game, first launched in 2006. Emulating the ASCII interfaces of old, this title is a rather complex beast, which can generate environments subject to millennia of rule, famous faces, peasants, and key historical figures and events. The further you get into the game, depending on the size of the world, the slower it becomes.

DFMark is a benchmark built by vorsgren on the Bay12Forums that gives two different modes built on DFHack: world generation and embark. These tests can be configured, but range anywhere from 3 minutes to several hours. I’ve barely scratched the surface here, but after analyzing the test, we ended up going for three different world generation sizes.

This is another of our new tests. 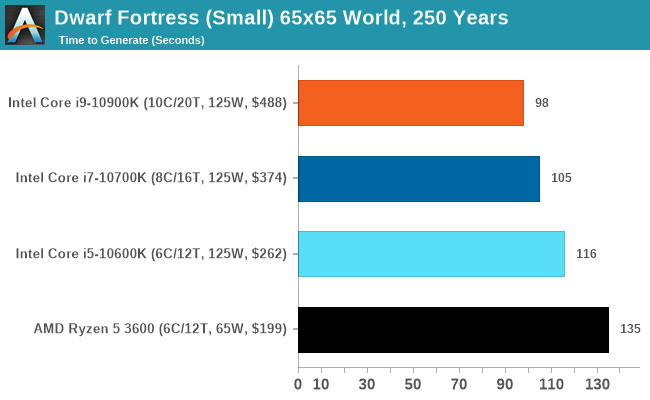 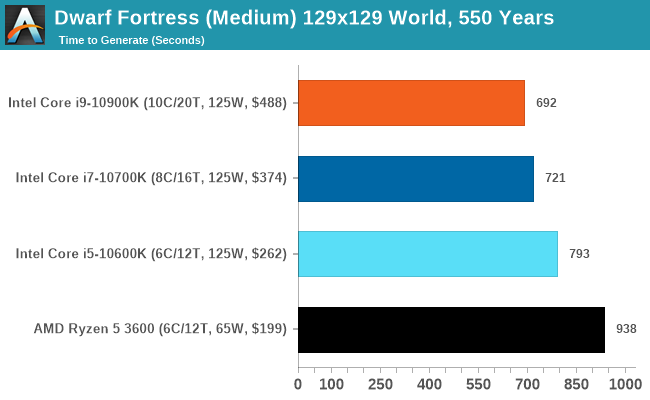 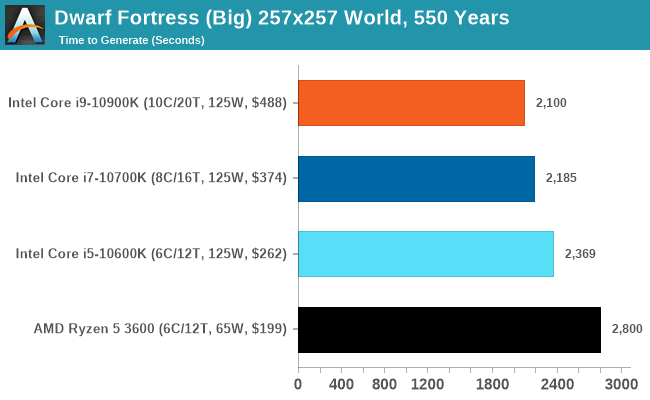