For the testing of PSUs, we are using high precision electronic loads with a maximum power draw of 2700 Watts, a Rigol DS5042M 40 MHz oscilloscope, an Extech 380803 power analyzer, two high precision UNI-T UT-325 digital thermometers, an Extech HD600 SPL meter, a self-designed hotbox and various other bits and parts. For a thorough explanation of our testing methodology and more details on our equipment, please refer to our How We Test PSUs - 2014 Pipeline post. 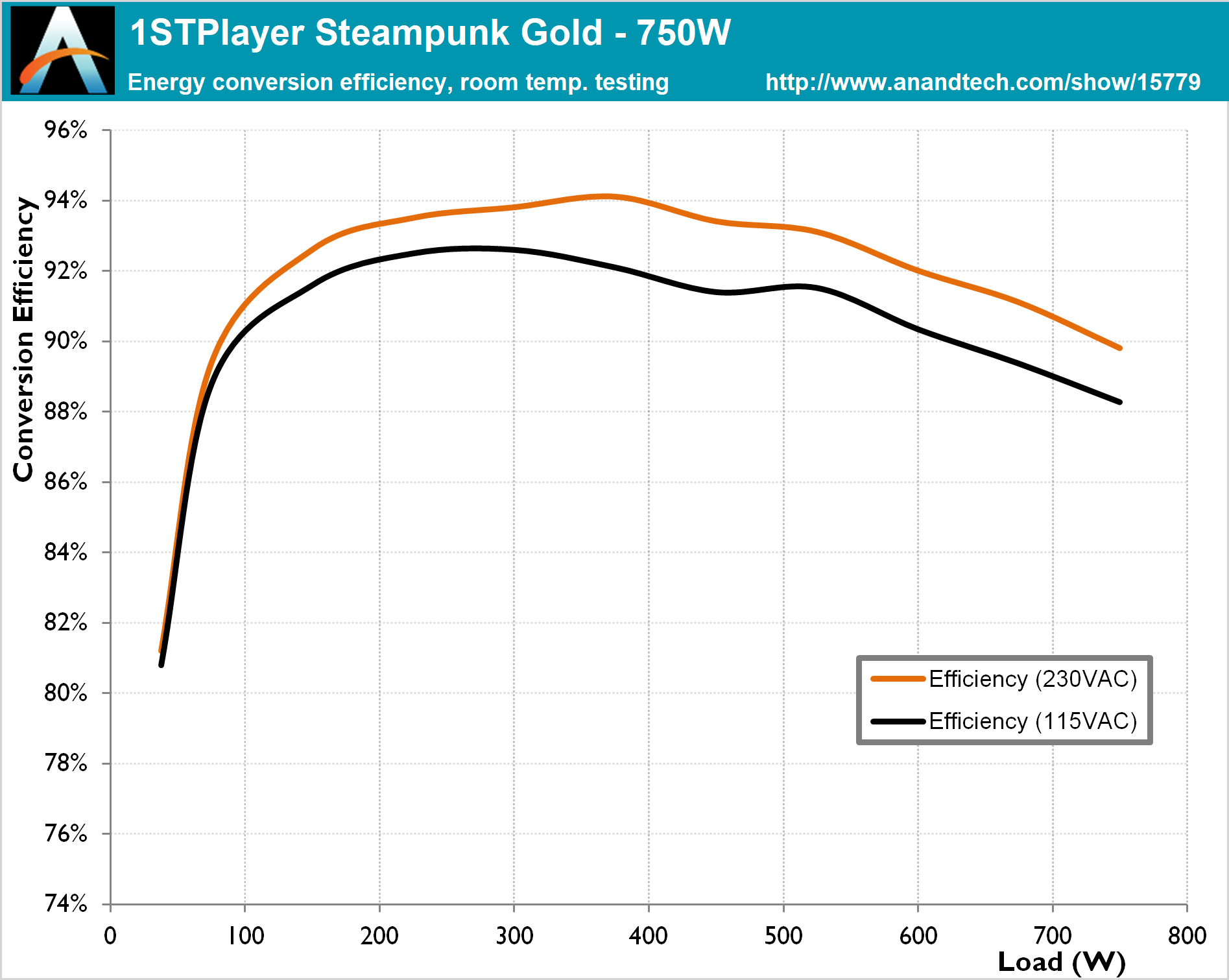 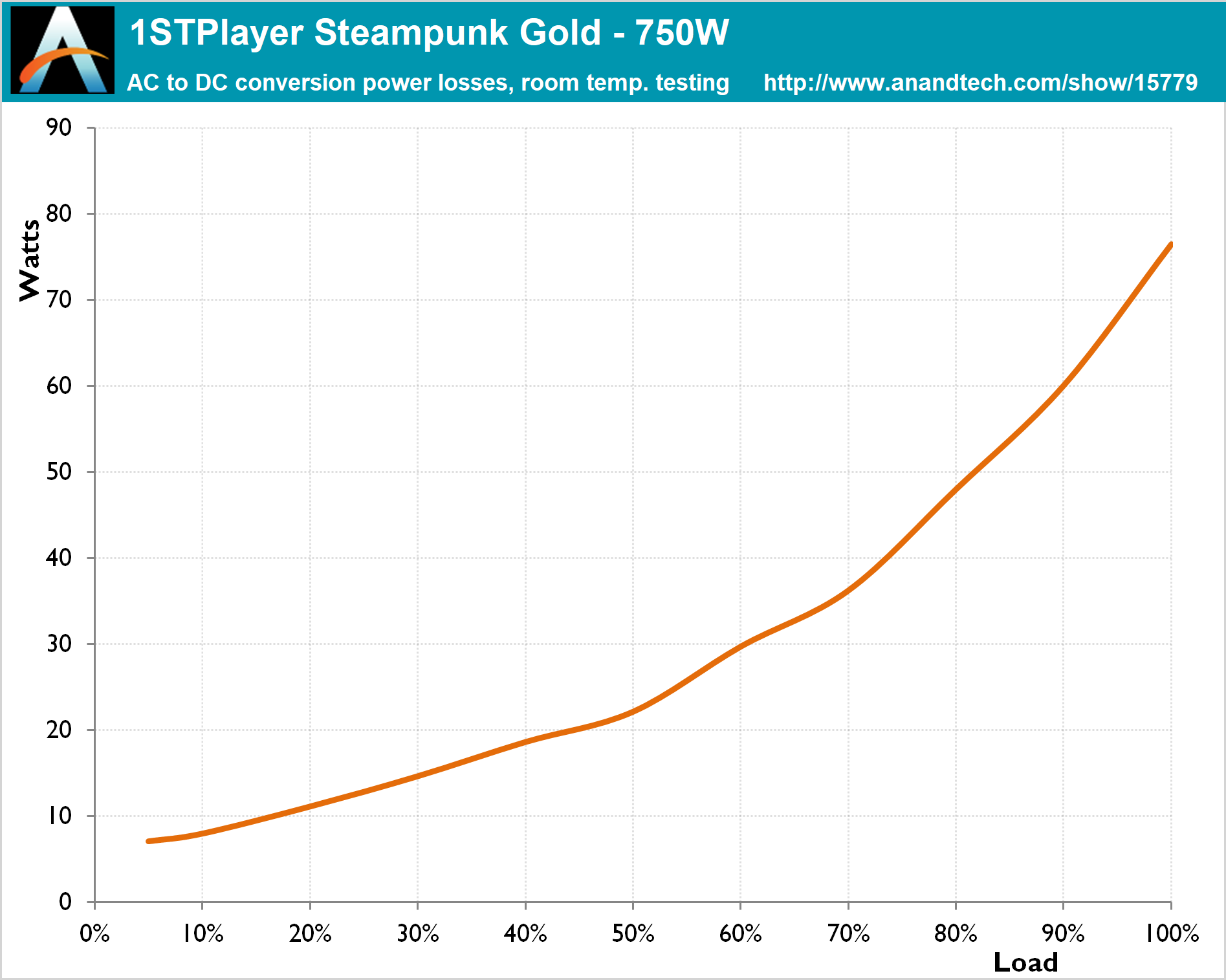 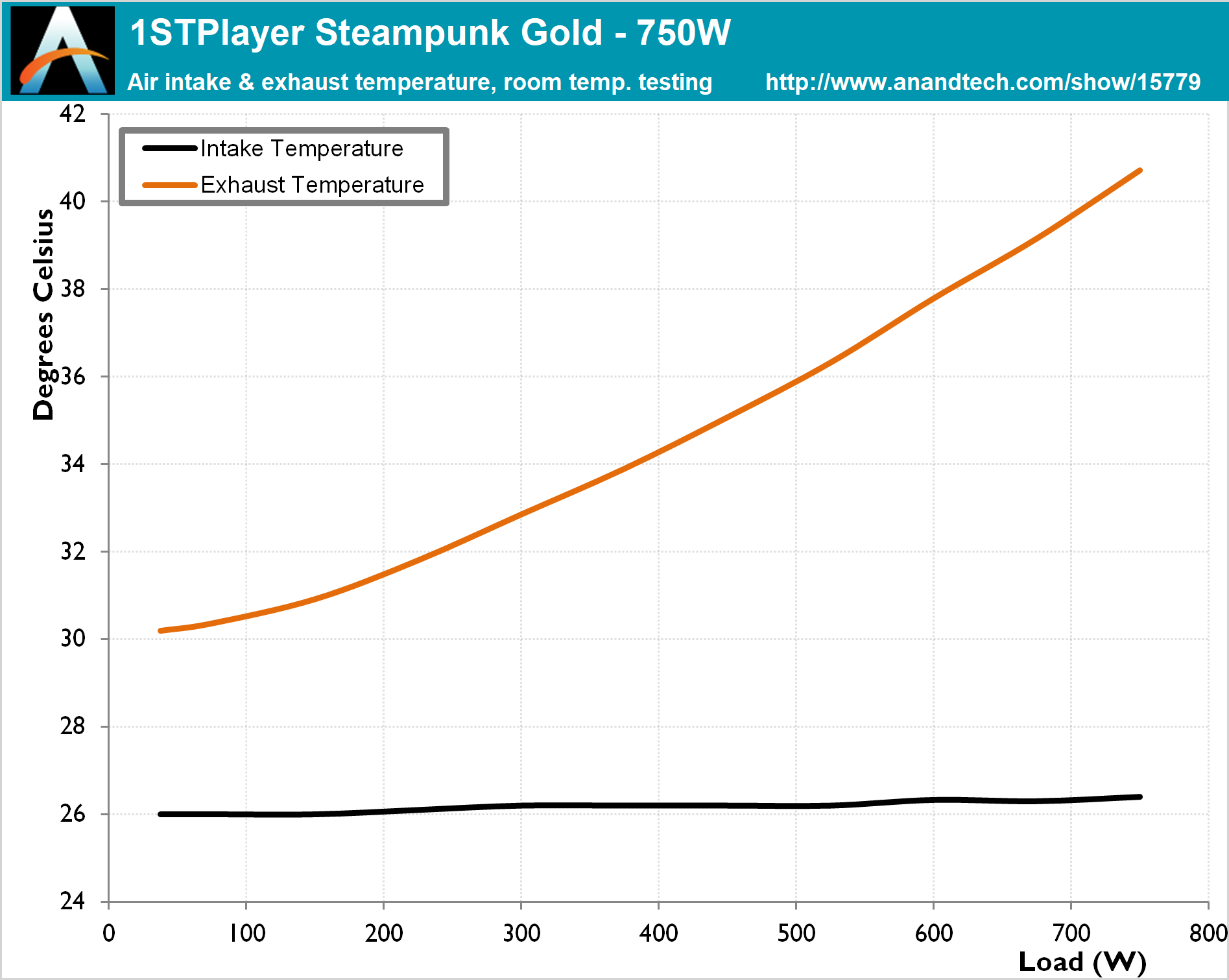 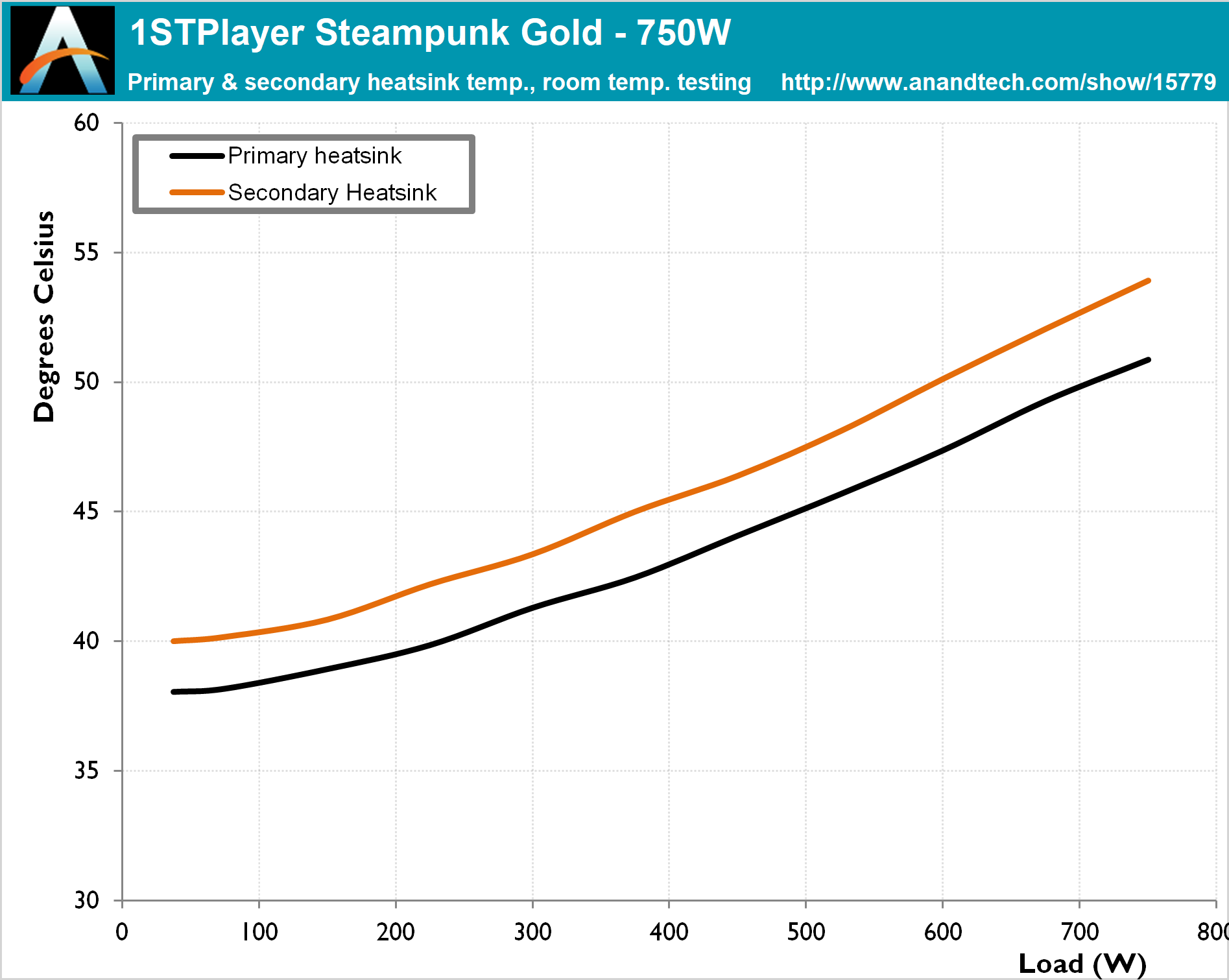 Overall 1STPlayer kept everything as simple as possible, and they did not implement any advanced thermal control schemes, such as semi-fanless operation. The fan is dead quiet at low loads but will start becoming noticeable when the unit is at about 50% of its rated capacity. Noise levels keep climbing after that, reaching 46.1 dB(A) under maximum load, a high figure for most users. That said, it would not be sensible to run the PSU at a maximum load for prolonged periods of time, so the noise levels during regular use should always be within comfortable levels so long as the unit is installed inside a well-ventilated case. 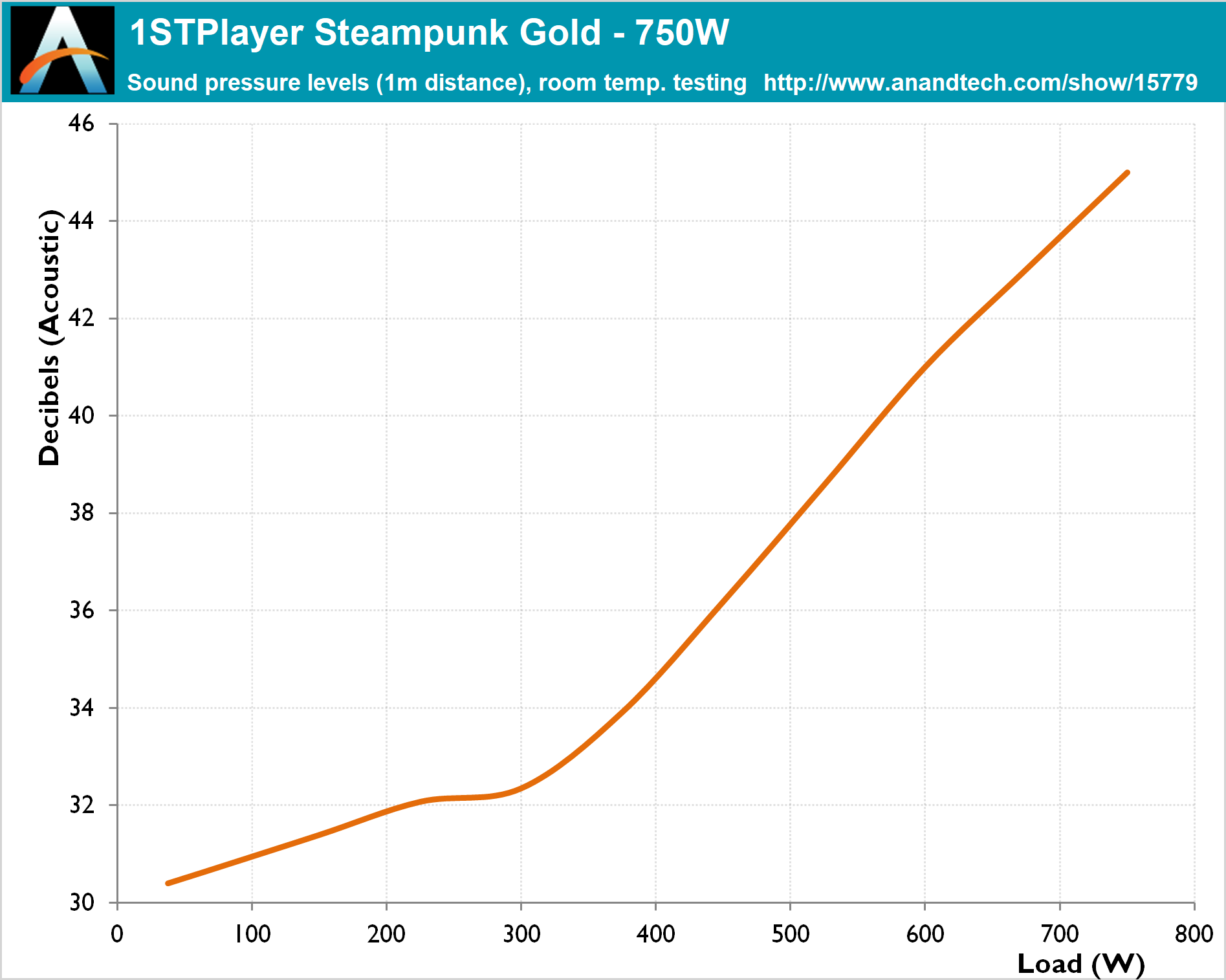