Intel's plans for higher Front Side Bus frequencies come as no surprise to those that have been carefully reading for years now. Back in October of 2001 we outlined Intel's FSB targets for the major core releases of the coming years:

"Although not nearly as high, FSB frequencies are also ramping up as clock frequencies do. Intel's Northwood (0.13-micron Pentium 4) core will eventually use a 533MHz FSB, Intel's Prescott core will use a 800MHz FSB, and their Tejas core will use an incredible 1.2GHz FSB upon its release."

Things have obviously changed since we made that statement, primarily that Tejas has since been canceled and Intel introduced an Extreme Edition of the Pentium 4 based on the Gallatin Xeon core. Given the revised plans, what do present day roadmaps say about Intel's FSB targets for the future?

Today Intel is making the move from 800MHz up to the 1066MHz FSB, with the release of the Pentium 4 3.46 Extreme Edition. Priced at $999, the 3.46EE will be followed up by the 3.73EE as the only two chips to support the faster FSB for almost a year. Current Intel roadmaps show absolutely no support for the 1066MHz FSB from any processor other than the two aforementioned Extreme Edition chips until the end of next year, when Prescott-2M chips will finally receive 1066MHz FSB support; there are also plans for dual core 1066MHz FSB chips although they have not been publicly outlined on any roadmap. 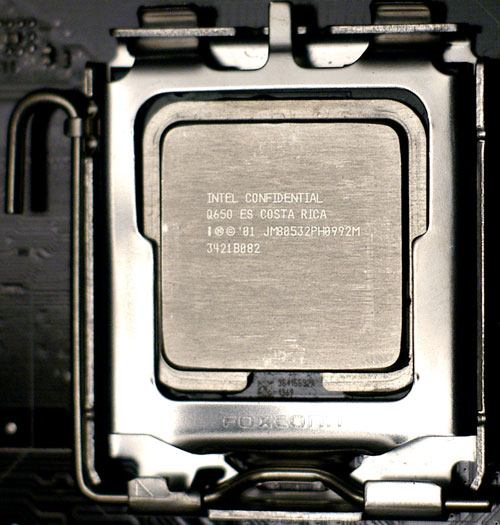 It seems as if Intel isn't interested in releasing a new revision of their mainstream chipsets and wants to thus save the move for Prescott to 1066 for their upcoming Lakeport chipset. What that means is that today we are seeing a very limited launch of a new FSB as a feature exclusive to the Extreme Edition CPUs, no doubt a way of adding more value to the very expensive Extreme Edition offering.

The faster FSB is enabled through a revision to the 925X chipset called the 925XE. The 925XE simply adds 1066MHz FSB support, and nothing more, to the feature set of 925X. By enabling 1066MHz FSB support, the 925XE chipset can finally run the FSB and DDR2-533 memory buses synchronously, offering a balanced 8.5GB/s of bandwidth over each bus while operating at multiples of the same base 266MHz frequency. The end result is that the 1066MHz FSB should guarantee lower latency memory accesses for any chip that uses it with DDR2-533. However it seems that Intel paired the faster FSB with the worst possible choice out of their processor line; armed with an on-die 2MB L3 cache, the Pentium 4 Extreme Edition already has the lowest latency memory accesses out of the entire Pentium 4 line, thus softening the impact of the synchronous 1066MHz FSB.

The other thing to keep in mind is that faster FSB frequencies truly become beneficial as higher CPU speeds cause the bus to saturate with data requests and transfers - strike 2 against Intel's choice of introducing the FSB with the Extreme Edition. Prescott continues to be the higher clocked CPU (not to mention the deeper pipelined CPU of the two), thus making it the better candidate of the two for the 1066MHz FSB.

While some have speculated that Prescott isn't yielding well at the 1066MHz FSB, it would seem that the reasons for not moving Prescott to 1066MHz are much more marketing related. The current 915 and 925X chipsets are not selling well at all and the thought of replacing both of those chipsets with new, 1066MHz FSB versions (especially the high quantity mainstream 915 chipset), so that Intel could migrate the entire Prescott line to the 1066MHz FSB wouldn't go over very well with the motherboard manufacturers. From talking with numerous motherboard manufacturers it would seem that Intel is trying to save any major performance improvements for their upcoming Glenwood/Lakeport chipsets, in order to avoid what happened with 925X/915P where there was no performance improvement over the previous generation of chipsets. This may also be why there is no talk of 1066MHz FSB Pentium 4s on Intel's current roadmaps, all conversation about the future 1066MHz FSB parts appears to be happening over telephone and face-to-face meetings only, the former of which we have been privy to upon numerous occasions recently. It could very well be that even Intel is unsure about what their future 1066MHz FSB plans will be at this point.

We shouldn't eliminate the possibility that Prescott may not be yielding well at the faster FSB. Remember that the major limitation to FSB frequency is CPU packaging, the connection and routing of signals from the solder bumps on the silicon core to the pins (or in this case pads) on the chip itself. It could very well be that Prescott's 7-layer design has a correspondingly more complex packaging layout, resulting in some present day hurdles to increasing FSB frequency. That being said, we have heard more reports of people being able to run their Prescott CPUs at the 1066MHz FSB than those that haven't. Take that for what it's worth.

The Pentium 4 3.46EE replaces the 3.40EE as the fastest Extreme Edition CPU from Intel. However with only a 66MHz clock speed advantage, we would expect almost all of any performance increase we see to be caused by the 1066MHz FSB. But how much performance can we expect from a FSB increase on a processor that isn't the best choice for a FSB increase? Given the simplicity of today's launch (just one slightly faster chip with a slightly modified chipset), let's just find out.