By now many will have heard positive things about the new iPhone 11s' battery life. As we have covered in the introduction, possibly the biggest changes to Apple’s line-up this year is the device’s vastly increased battery capacities. The Pro models in particular have seen significant increases: the 11 Pro gets a 3046mAh battery which represents a 14.5% increase compared to the XS, and the 11 Pro Max gets a 3969mAh battery which represents a very large 25% increase. The Pro Max is now the first Apple device which has a battery capacity comparable to Android phones out there, some of which have offered similar large capacities for a few years now. 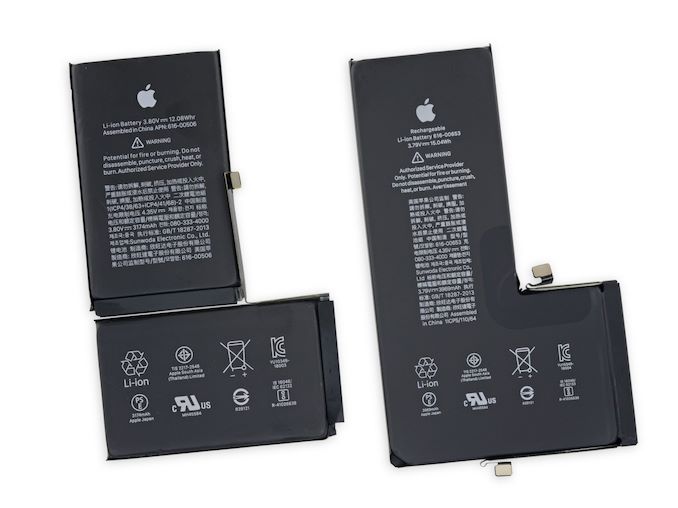 The regular iPhone 11 sees only a 5.7% bump to up to 3110mAh, which isn’t all that big upgrade compared to the XR. But it also doesn’t increase its weight nearly as much as the Pro models. 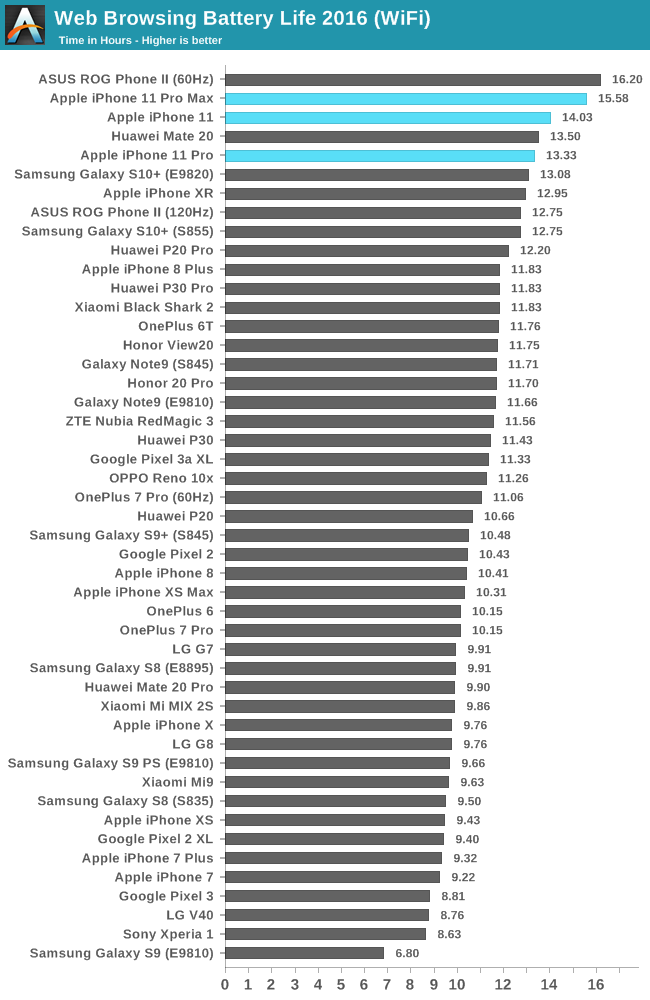 The battery results in our web test are outstanding. Apple in this generation has gone from being average in battery life to showcasing some of the best results we’ve seen in the market.

What is very interesting here is how our absolute test runtimes end up compared to Apple’s marketing claims. Apple has promised +1H, +4H and +5H of battery life for the 11, 11 Pro and the 11 Pro Max compared to their predecessors, and what we measured is 1.08H, 3.9H and 5.27H, which is pretty damn near Apple’s promoted figures, pointing out to some very similar testing conditions between our test and Apple’s internal metrics.

If we break this down a bit and theorize a bit, if we take the XS Max 10.31H result, multiply by 1.25x for the increased battery capacity (12.88H), multiply again naively by 1.15x for the more efficient screen (14.82H), we’re left with a ~5% margin which would account for the more efficient SoC. Give or take margin of error here or there, the results we’re seeing shouldn’t be all too surprising. The math would also check out for the iPhone 11 without a newer display: 5% increased battery capacity and an on average ~3% more efficient SoC.

There’s not much to say about the new iPhone 11 series' battery life other than it's exemplary. More importantly, Apple has managed to finally catch up and exceed the battery life of the LCD iPhone 8 and Plus models from 2 years ago.