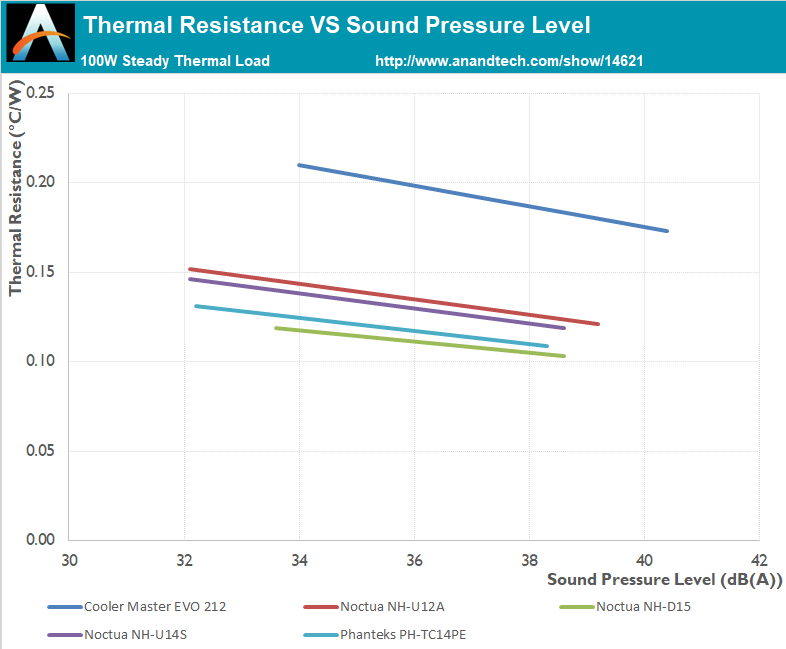 Expectedly, the performance chart of the Noctua NH-U12A lands right above that of its larger counterpart, the Noctua NH-U14S. The difference is very small (practically negligible), confirming Noctua’s claims that the NH-U12A can compete head-to-head with performance-oriented 140 mm fan coolers. For example, NH-U12A's performance advantage over a popular and significantly lower-priced tower cooler, the Cooler Master Evo 212, is momentous, partially justifying the retail price difference between the two products.