The Mate 20’s rear cameras between the two phone models represent 6 different modules and sensors. The Mate 20 Pro’s main cameras share a lot of similarities to the P20 Pro: Here we see the same custom 40MP sensor from Sony with a f/1.8 lens. This main sensor has quite small 1µm pixels, but because of the extremely large resolution the sensor itself is the biggest you can find in a mainline smartphone, coming in a 1/1.7” format, much larger than the usual 1/2.3” formats usually find in today’s flagship smartphones. The 40MP resolution is a bit tricky though, as this capture mode is only available if you specifically select it, which in turn disables usage of the other camera modules. By default, Huawei uses 2x2 pixel binning to capture 10MP shots with vastly increased dynamic range, with the sensor essentially acting as if it would have 2µm pixels.

The optical zoom module on the Mate 20 Pro is also the same as on the P20 Pro: A 3x telephoto lens with an 8MP f/2.4 sensor. This is also the only module which has OIS, as the main sensor is too big to include the mechanism and it just relies on EIS. The telephoto lens is able to work alongside the main 40MP sensor with a 1:1 pixel crop of a scene between the two sensors, in order to generate a “Hybrid zoom” factor of up to 5x by using a software interpolation technique.

The big new addition to what is essentially the P20 Pro’s camera system is a new 20MP f/2.2 ultra-wide angle module. Until recently, LG has always been exclusively the one vendor offering wide-angle lenses.

The regular Mate 20 is simpler in terms of its camera system. Here the main shooter is a regular 12MP unit with an f/1.8 aperture, with a sensor most similar to other flagships (I wasn’t able to confirm the pixel pitch). We have a similar 8MP f/2.4 telephoto lens, but here the zoom factor is just 2x, as opposed to 3x of the Mate 20 Pro.

Finally, the Mate 20 also includes a wide-angle camera, but uses a different sensor than the Mate 20 Pro. This one comes in at 16MP, and also has an ever so slightly narrower field-of-view at a 17mm equivalent focal length as opposed to the 16mm wide angle of the Mate 20 Pro.

What is lacking on both modules that was a main-stay for Huawei devices for the last few generations of models is the monochrome sensor. This unit was previously used to increase dynamic range as well as served as a second module for hybrid zoom modes. I’m not exactly sure how its removal will affect the picture quality of the Mate 20’s, as its actual effect on picture quality on previous devices was also a bit unclear. 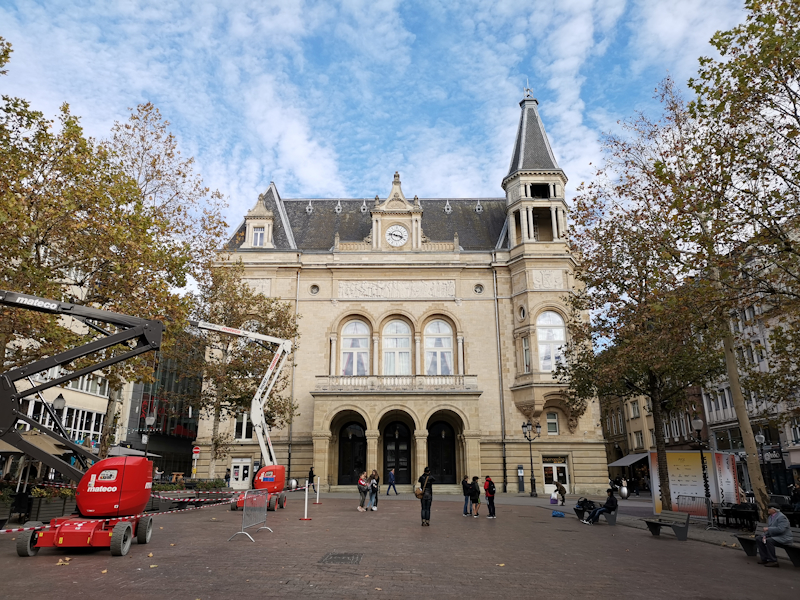 In the first scene, we make full use of the new triple camera setup of the Mate 20’s, shooting the same scene from the widest angle camera modules to the 5x zoom mode of the Mate 20 Pro.

Here the Mate 20 Pro showcases a very good result as it keeps a good balance in exposure. The Mate 20 follows closely in terms of composition, but I feel it does a slightly better job on the bricks of the building.

The zoom lens of the Mate 20 Pro is in a category of its own. The same module is used on the P20 Pro, and both phones provide outstanding telephoto quality. Although the hardware is the same, the processing is different as the Mate 20 Pro are more exposed result. I think the P20 Pro did a better job here, as we have more contrast in the details.

The wide angle shot of the Mate 20 Pro is pretty fantastic, with excellent exposure through the scene. Although the camera isn’t pixel perfect, there’s very little competition. The Mate 20’s wide angle shot is also good, but there’s an evident difference in detail sharpness on the building as well as the pavement, with the phone lagging behind the M20Pro. Both phones here showcase better performance than LG’s units, with vastly superior details throughout the scene. 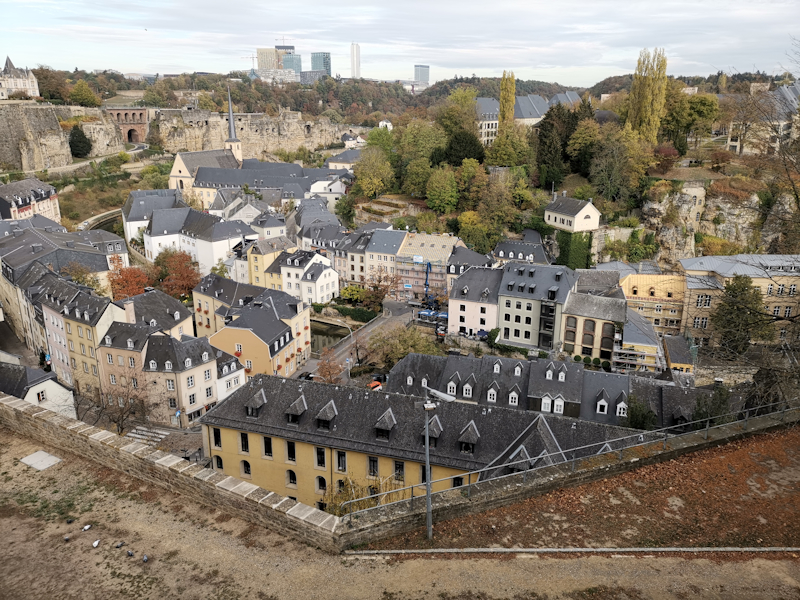 In the second scene, the Mate 20 Pro’s 40MP shot looks similar in detail to the P20 Pro – however we see a longer exposure which brightens up the scene in a positive way. The 10MP shot allows for a greater dynamic range of the scene, and there’s a lot more contrast in the details such as in the trees in the background. Of course this comes at an overall great cost of details compared to the 40MP shot.

The Mate 20’s result is extremely similar in composition to the Mate 20 Pro’s – with just a few notable differences in the HDR processing mostly on the left part of the scene. Although the Mate 20 should in theory have more detail than the Mate 20 Pro’s 10MP mode, this is not the case here. The 12MP largely lags behind many phones in terms of detail, as things just seem a bit blurred out. At first glance I’m not sure if this is due to some processing, or of the sensor just doesn’t have the same spatial resolution and good DTI of competing modules.

In terms of the telephoto lens on the Mate 20 Pro, the phone remains unrivalled. The new unit did some odd processing on the foliage of this shot, and isn’t as accurate as the P20 Pro. Detail wise, they’re on par, and far ahead of any other smartphone.

The Mate 20’s 2x telephoto lens is also looking good composition wise, however closer inspection we again see that the foliage is quite blurred out compared to the results of the other 2x modules from for example the iPhones or the Galaxies. The sensor loses out a lot of the texture of the tiled roofs throughout the scene, which was visible on other phones, as well as on the Mate 20 Pro.

Finally, the wide-angle lenses on both phones are game-changers in terms of capture experience. Here we can only compare quality to LG’s phones, and the new Mate 20’s handily beat the G7 at its own game. The G7’s result is to bad here that I would deem it largely unusable. The Mate 20’s do very well, but it’s obvious that the Mate 20 Pro here did a lot more HDR processing as it shows a bit darker and more contrastful result. 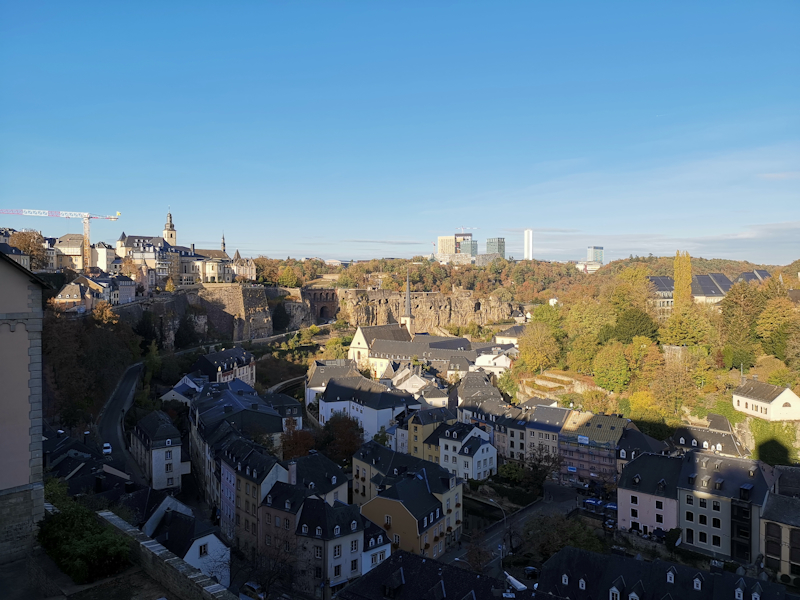 In this next scene, I was a bit disappointed to see the Mate 20 Pro’s result. Here the phone lags behind the P20 Pro’s sheer dynamic range, and gives a very different result for what should be the same camera sensor. The Mate 20 also produced a different result, and here the picture is more akin to the regular P20.

The wide-angle of the Mate 20 Pro did a much better result in dynamic range, and it’s not even a competition to the results of LG’s phones as the M20Pro is leagues ahead. Here I also noticed in the few shots I captured that the M20Pro varied a bit in its HDR processing, with a slight difference in exposure between two samples.

The Mate 20’s wide angle result didn’t fare as good, as it showcased much less dynamic range and also a flattening of the highlights, as seen in the trees on the hill. 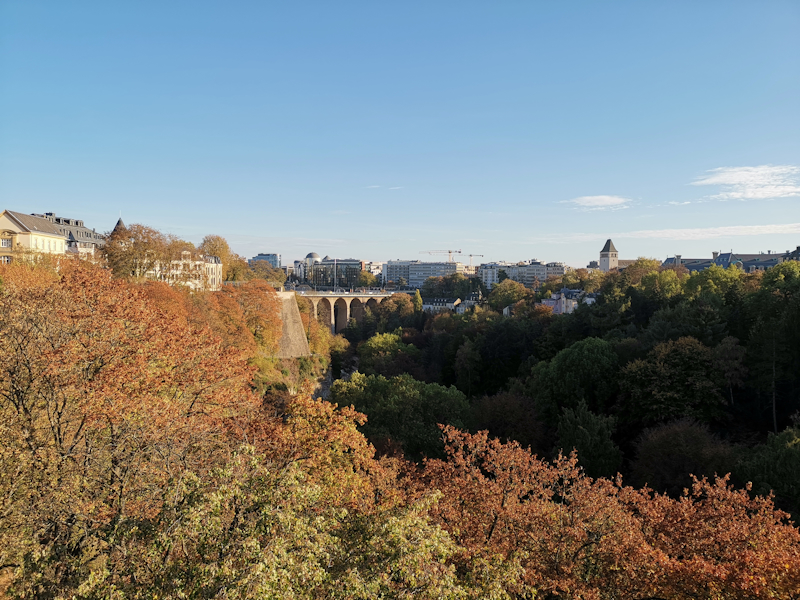 The next shot on the main camera sensors, we again see the Mate 20 Pro post a very different composition to the P20 Pro, and it’s an overall downgrade in regards to exposure as well as colour balance. The M20Pro did produce much better details in the shadows of the valley, but this comes at a compromise of less defined details in the brighter parts.

The Mate 20’s result is also quite bad, resulting in an underexposed image with low highlights and extremely dark shadows. Overall I’m not too happy with the result here as it has a significant disadvantage to many other devices.

The Mate 20 Pro’s wide angle shot is excellent, although a bit too flat highlights of the foreground trees. This can be excused through the very good capture of the shadows in the valley. The Mate 20 also managed to beat LG’s blurry result, however the exposure and dynamic range is not nearly as good as on the Mate 20 Pro. 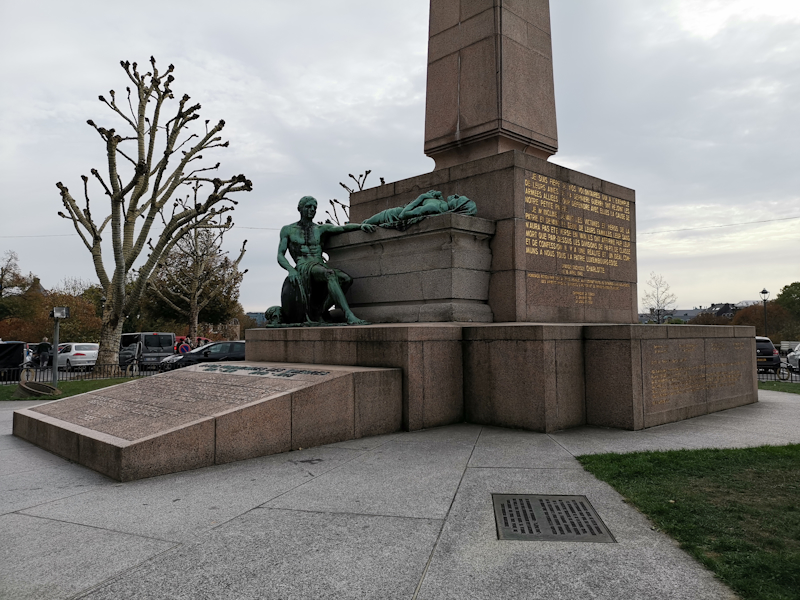 In the next scene which was under cloud cover, and is a lot easier for many phones to capture, the Mate 20 Pro again shows quite a considerable difference to the P20 Pro. Here the P20 Pro’s brighter exposure is better, and it also manages to retain a lot more of the shadow details of the statues.

The Mate 20 shot is acceptable, and is an improvement on the Mate 10 and regular P20, however it very much lacks in detail. Here it’s a lot more obvious that the issue at hand is software based, and there’s an apparent noise reduction algorithm trying to do work on the textures of the stone throughout the scene, creating a bit of a mess compared to the Mate 20 Pro, and especially to other devices such as the Galaxy S9 or iPhone XS where this difference is most blatantly visible against.