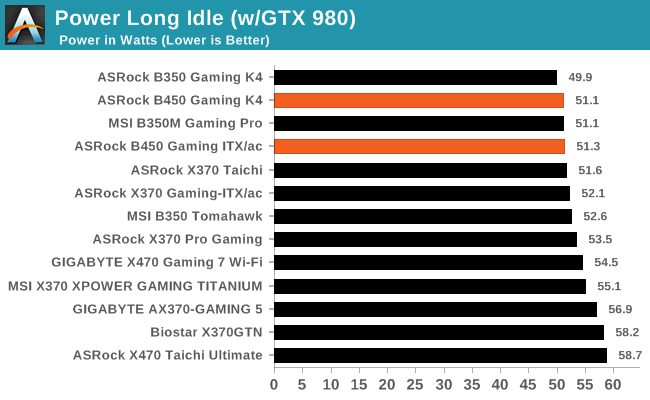 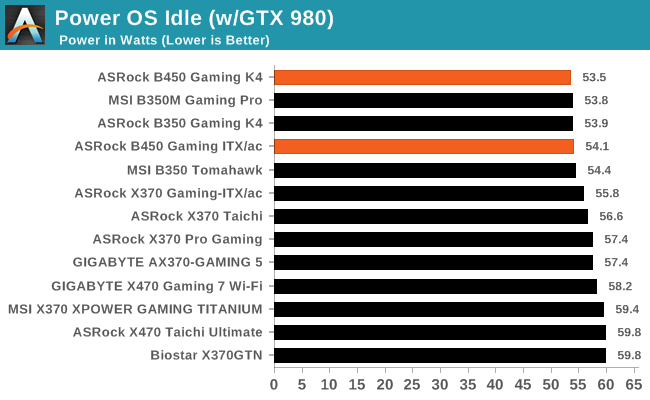 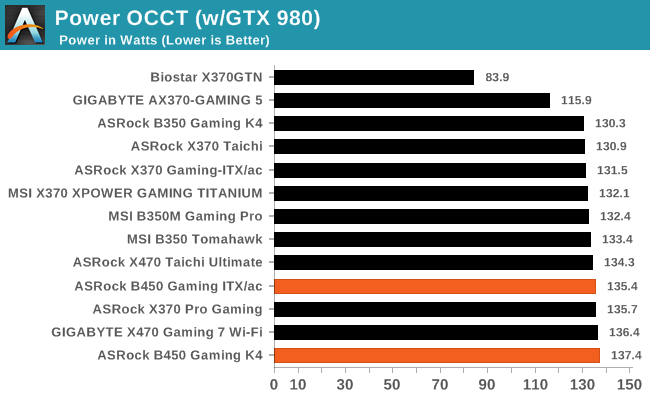 Both the B450 Gaming ITX/ac and B450 Gaming K4 motherboards perform very well at both of the test idle power states, but things go a little awry for the B450 Gaming K4 at full load with the highest power draw so far. From the previous B350 Gaming K4 board we tested, the B450 managed to somehow gain an additional 7 W of power at load which isn't all that much in the grand scheme of things, but it's still an increase to take note of. 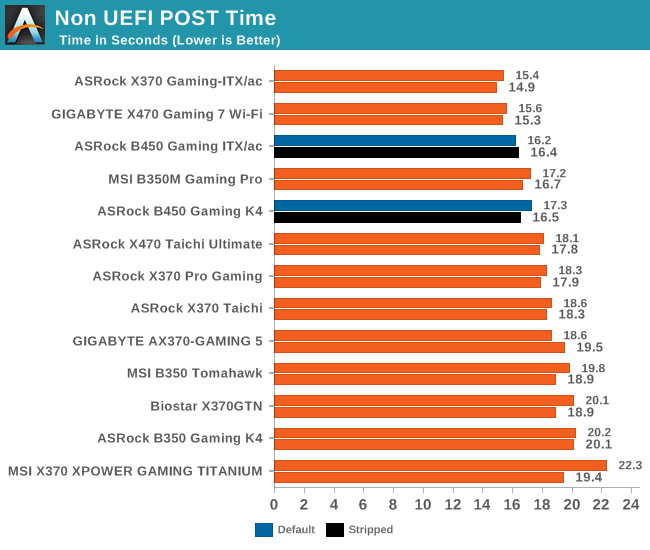 Three of the top five boards in our POST time are from ASRock, which shows a reliable and efficient POST sequence. Both the B450 Gaming K4 and Gaming ITX/ac make the cut and the ATX sized B450 board even manages to shave over a second off POSTing time with some onboard controllers disabled. 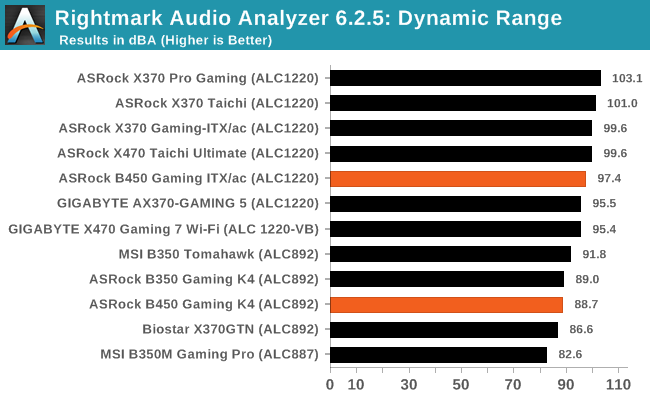 The Realtek ALC1220 is one of the best performing and most widely used premium audio codec used on medium to high-end motherboards across the majority of chipsets, so the B450 Gaming ITX/ac puts in a good showing because of this. The B450 Gaming K4 makes use of a slightly lower grade, but cheaper Realtek ALC892 codec and the results reflect this. 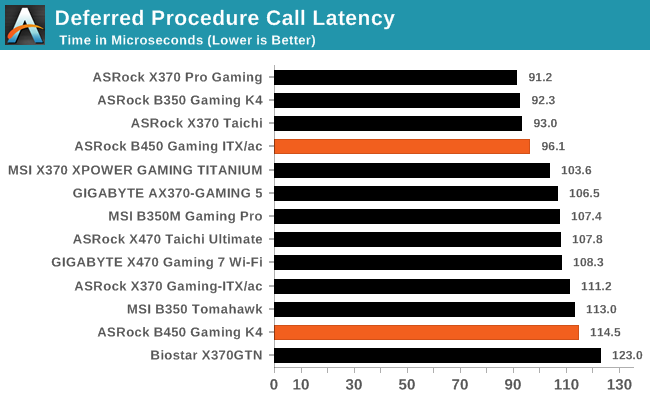 None of the AM4 motherboards tested thus far has been optimized for DPC latency, but ASRock does consistently post the best scores with the B450 Gaming K4 being one of the worst tested so far. The B450 Gaming ITX/ac however sits towards the top of the pack.