For our motherboard reviews, we use our short form testing method. These tests usually focus on if a motherboard is using MultiCore Turbo (the feature used to have maximum turbo on at all times, giving a frequency advantage), or if there are slight gains to be had from tweaking the firmware. We put the memory settings at the CPU manufacturers suggested frequency, making it very easy to see which motherboards have MCT enabled by default.

Handbrake is a media conversion tool that was initially designed to help DVD ISOs and Video CDs into more common video formats. For HandBrake, we take two videos and convert them to x264 format in an MP4 container: a 2h20 640x266 DVD rip and a 10min double UHD 3840x4320 animation short. We also take the third video and transcode it to HEVC. Results are given in terms of the frames per second processed, and HandBrake uses as many threads as possible. 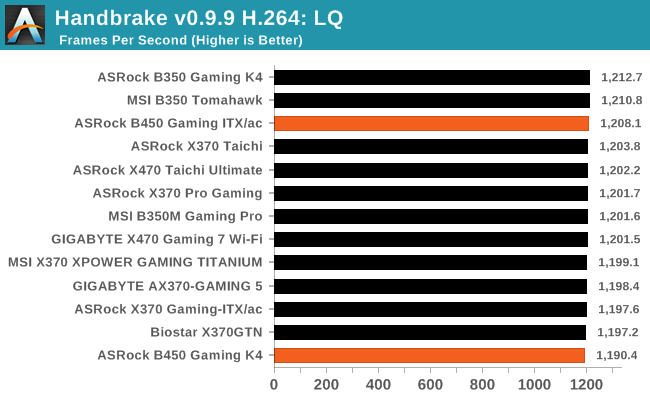 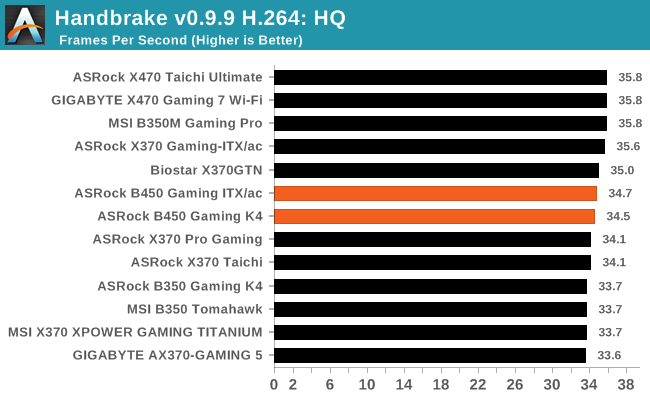 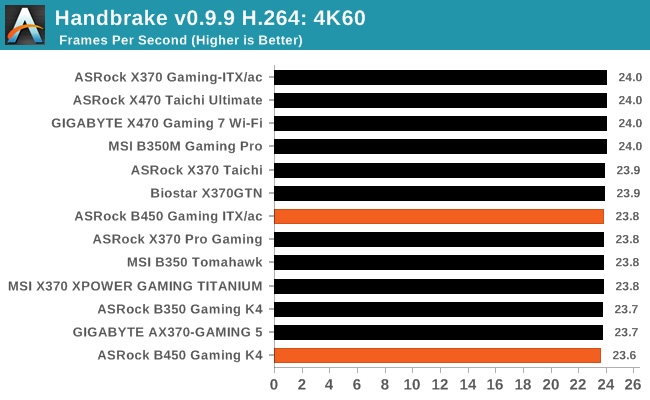 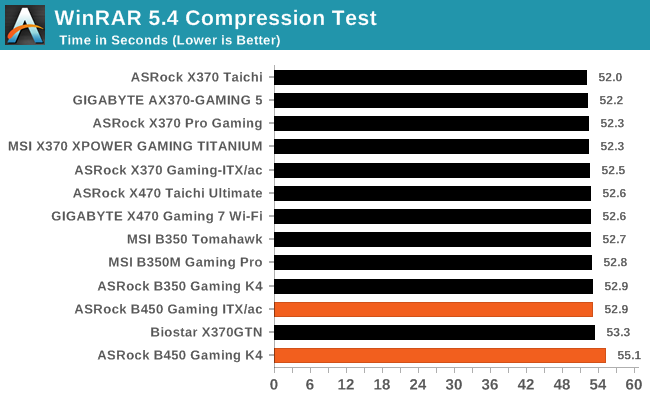 3DPM is a self-penned benchmark, taking basic 3D movement algorithms used in Brownian Motion simulations and testing them for speed. High floating point performance, MHz and IPC wins in the single thread version, whereas the multithread version has to handle the threads and loves more cores. For a brief explanation of the platform agnostic coding behind this benchmark, see my forum post here. We are using the latest version of 3DPM, which has a significant number of tweaks over the original version to avoid issues with cache management and speeding up some of the algorithms. 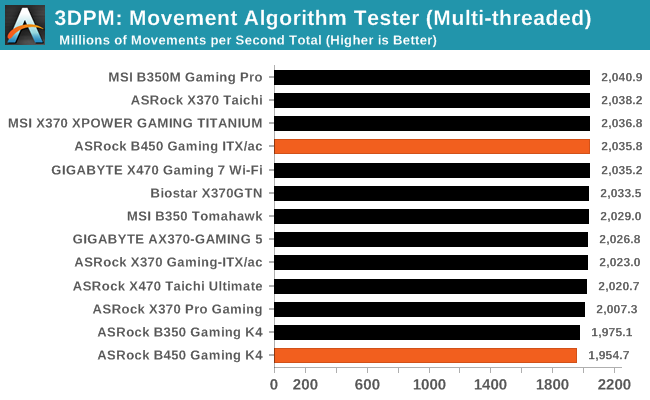 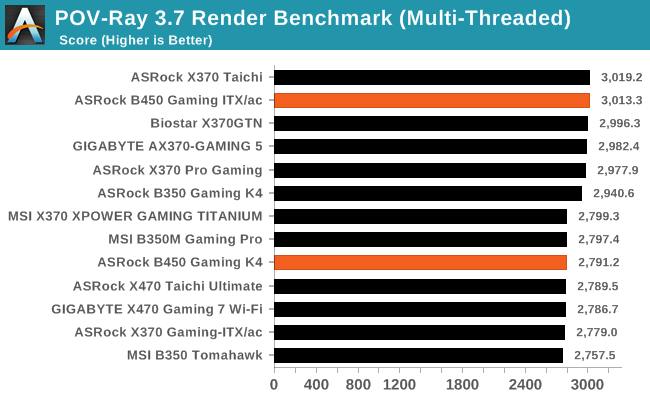 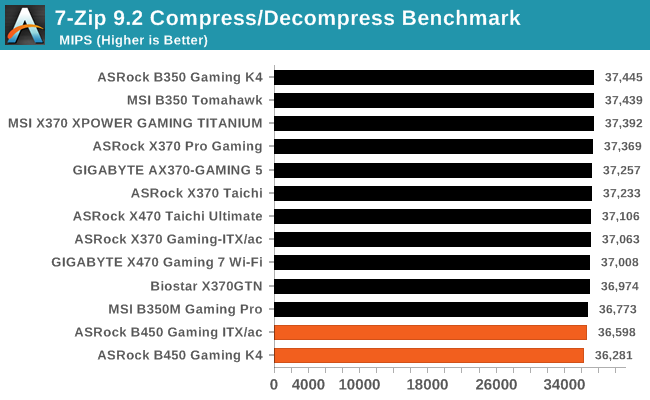