Unlike past Personal Cinemas, NVIDIA decided to go with a TV tuner built directly on the card. This doesn't have the same advantage of a TV tuner on an external box because now two cards must be produced for two different purposes. Video in and video out functionality, meanwhile, is still supplied via an external breakout box, which is of a completely new design. 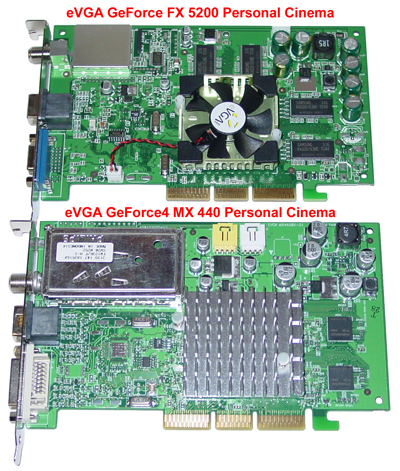 
NVIDIA decided to make a tuner change on the GeForce FX line, choosing Microtune tuners instead of those made by Philips. ATI chose the Microtune MT2032 single chip TV tuner for their All-in-Wonder Radeon 8500DV, but they have since dropped this due to power consumption and heat issues. The GeForce FX 5200 and 5600 GPUs don't require the extra power draw of an additional power source, so NVIDIA won't run into problems on this end. However, it will be interesting to see the choice of TV tuner once the higher end GeForce FX based Personal Cinema cards hit the market.


In the first batch of GeForce FX based Personal Cinemas, NVIDIA is using the Microtune MT2050 single chip TV tuner, which is concealed under some metal shielding. The vast majority of TV tuners are analog based, meaning they use analog components such as resistors, inductors and capacitors to create band-pass filters that allow certain frequencies to pass through, thus “tuning” to those channels. Therefore, these cards have a digital TV tuner (this doesn't mean it can receive HDTV channels, it just means it uses digital circuitry instead of analog), which in theory, can offer better quality as a result of decreased interference and faster tuning. The quality argument is generally one that isn't noticeable because of the poor quality of cable TV. However, on extremely high quality cable TV feeds, you may notice a quality improvement courtesy of the silicon based tuner. 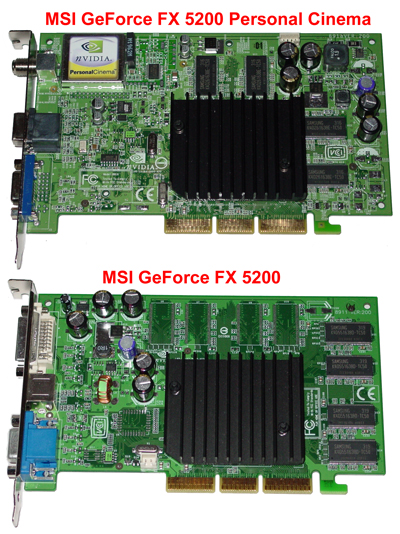