The Intel Optane SSD 900P is an amazing piece of technology, but one whose benefits are difficult to fully enjoy. Its 3D XPoint memory enables it to break almost all the performance records, but some where difference to Optane SSD performance is too small to justify paying more than twice the price per GB. However, there are some scenarios where the Optane SSD absolutely blows away the competition and justifies its premium.

The low queue depth random read performance of the Optane SSD is several times faster than any flash-based SSD has attained. Mixed workloads that include a substantial component of random read operations also perform quite well, and throwing some write operations into a stream of reads barely impacts the read performance. 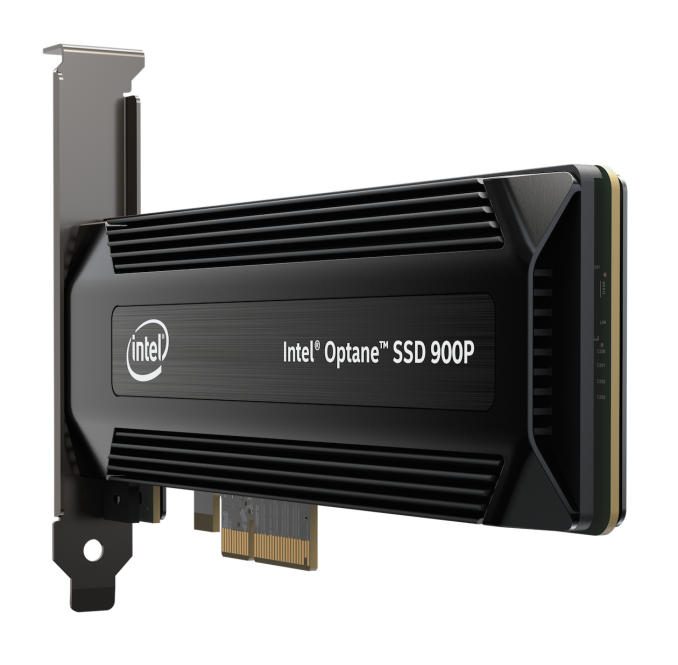 The Optane SSD 900P has enough space to be used as general-purpose storage, and larger capacity models can be introduced as necessary. There's no need to tangle with Intel's caching software and its associated platform lock-in as with the Optane Memory modules.

The biggest problem the Optane SSD 900P faces today is that few desktop users have workloads that stress the storage system enough for the Optane SSD to shine. Mechanical hard drives have not disappeared from use as primary storage, and most software for desktop and workstation use is still designed with their performance limitations in mind. If budget SSDs had relegated hard drives to backup and archival use years ago, then the software landscape would probably be more ready to take advantage of the speed offered by the Optane SSD 900P. Instead, the Optane SSD as a consumer/prosumer product only makes sense in a few niches. Most users- even those with relatively intense storage performance needs - will be better served by high quality flash SSDs like the Samsung 960 PRO.

The price of the Intel Optane SSD 900P is accessible enough that many enthusiasts will pay the premium to have the bragging rights of the fastest SSD money can buy. Workstation users who have massive datasets that don't fit in RAM will jump at the chance to buy a faster scratch drive. And if that isn't enough to clear the shelves, then enterprise customers who need high performance but don't need the extreme write endurance of the Intel Optane SSD DC P4800X can get the 900P with its solid 10 DWPD endurance rating for a third the price per GB. The Optane SSD 900P isn't for everybody, but it will nonetheless be a successful product, and Intel won't have any trouble selling them.

The long-term prospects for Intel's Optane SSDs look pretty good, too. The pricing doesn't leave Samsung a lot of room to introduce a Z-NAND based consumer SSD. No other alternative nonvolatile memory technology is close to being ready to challenge 3D XPoint. Intel could improve the sequential transfer speeds, but they're good enough for now. They'll need to deliver a big jump in performance when they adopt PCIe Gen 4, but that shouldn't be a challenge: increasing the controller's channel count from 7 to the 12 channels used by their current NAND flash controller or the 18 used by their first NVMe controller will bring plenty of extra throughput. The only question will then be over the power consumption. The latency is already close to being as low as possible over a PCIe link, and NVDIMMs with 3D XPoint won't be making Optane SSDs obsolete in the consumer market anytime soon.

In many ways, the performance profile of the Optane SSD is far simpler than that of NAND flash based SSDs. The Optane SSD 900P performs just as well when it is full as when it is almost empty. It performs quite consistently over time, with far fewer high-latency outliers thanks to the lack of garbage collection stalls. Unlike with flash-based SSDs, it is not necessary to buy the largest model to get the highest possible performance; the 280GB model we tested should be very similar to the 480GB model (which we're waiting for review). It doesn't matter whether TRIM commands are used, and it's never necessary to perform a secure erase operation to restore degraded performance.

Intel has almost taken all the fun out of testing a SSD.