The last game in our lineup is Total War: Warhammer, a DX11 game that received official DX12 support a couple months after launch. While DX12 is still marked as beta, Warhammer was to some extent developed with DX12 in mind, with preview builds showcasing DX12 performance.

The built-in benchmark was used with Ultra settings without alterations.

While the DX12 render path was used for AMD cards, there appear to be some oddities with 1080p performance. As mentioned earlier, we'd like to use the best performing API for a given card; in this case, while there was improved performance at higher resolutions, we noticed a potential regression in 1080p performance. Unfortunately, due to time constraints, we weren't able to investigate further; like Dawn of War III, it's possible Warhammer at 1080p was CPU-bound as well.. 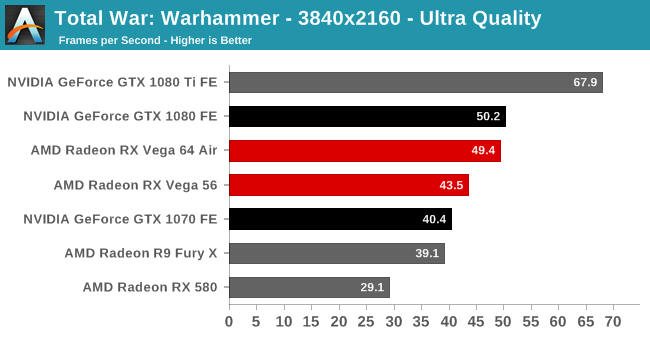 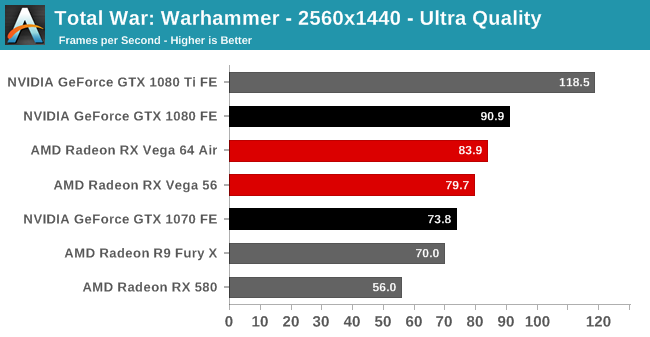 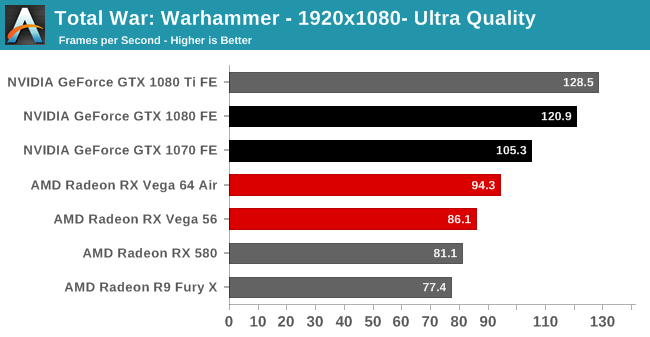 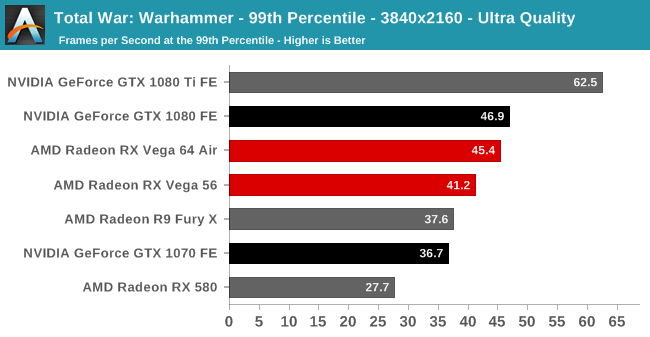 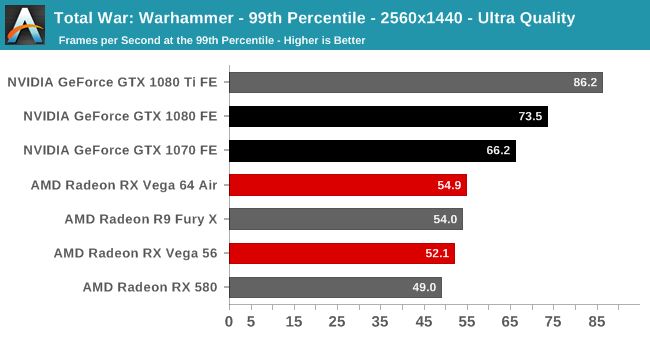 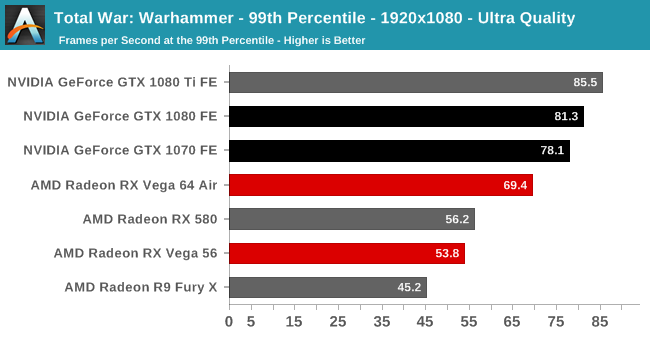