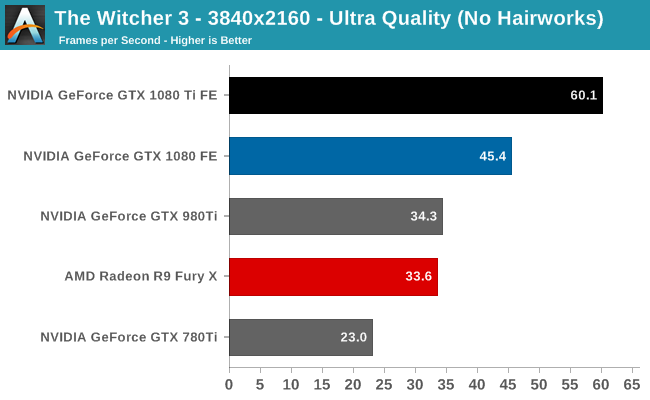 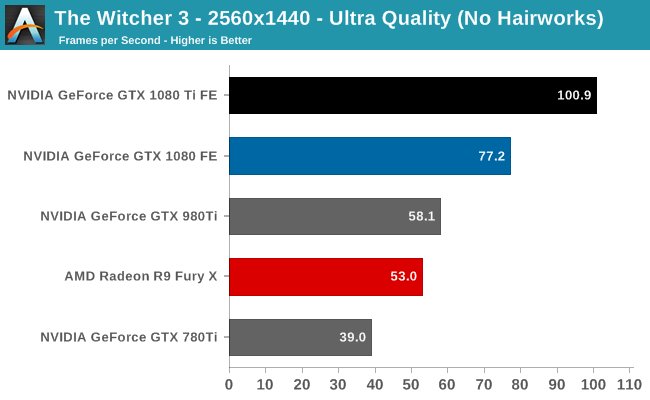 NVIDIA primarily promotes the GTX 1080 Ti as a 4K card, and for good reason. Thanks to Bigger Pascal, NVIDIA finally has the performance to break 60fps on a number of games at 4K, with The Witcher 3 chief among them. At 60.1fps it just makes that mark, with virtually no room to spare.