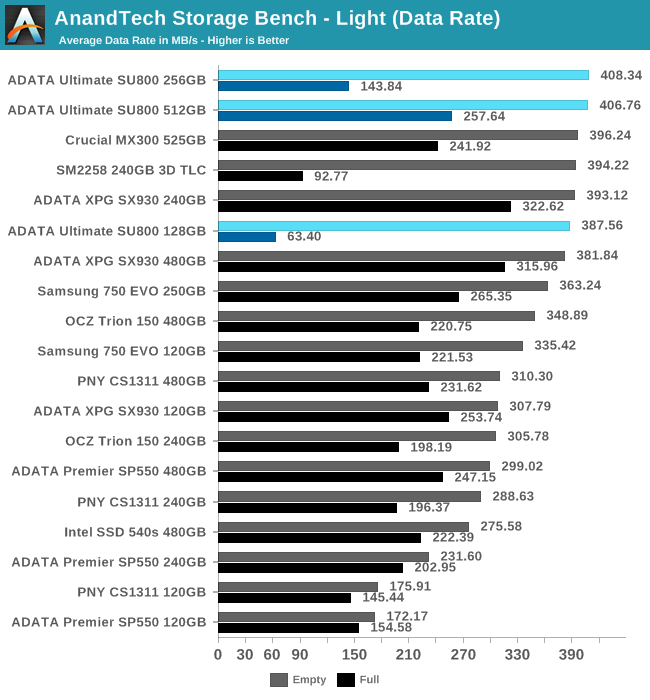 On the Light test, all three capacities of the ADATA SU800 perform quite well when the test is run on an empty drive. The performance penalty from running the test on a full drive is still huge, though the 512GB SU800 doesn't fall behind all of its competition. 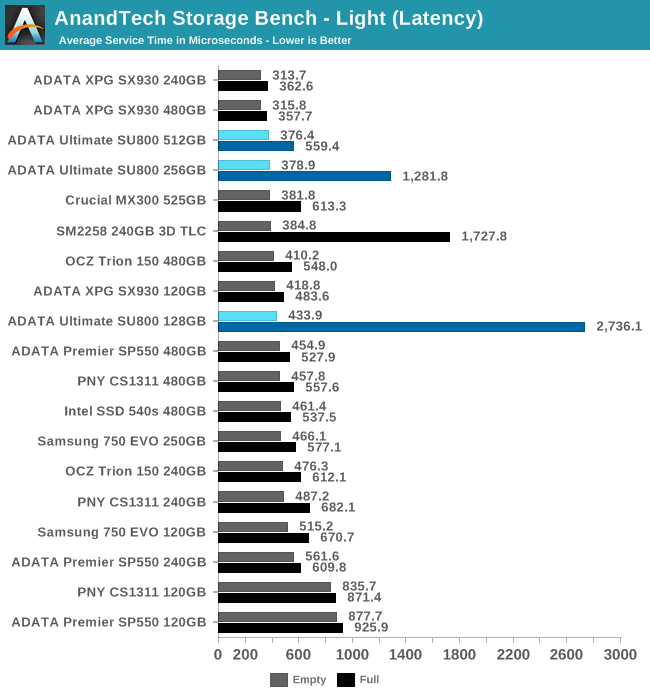 The smaller capacities of the SU800 have trouble keeping latency under control when full, but otherwise the average service times are normal for budget SSDs. 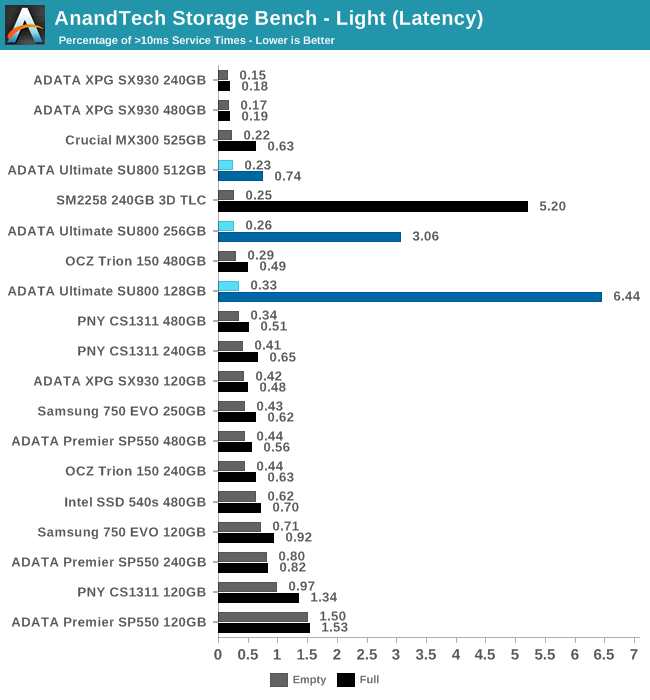 The percentage of operations that require more than 10ms to complete shows us that the high average service times when full are due to a very high number of outliers, rather than just a uniform slowing of operations. 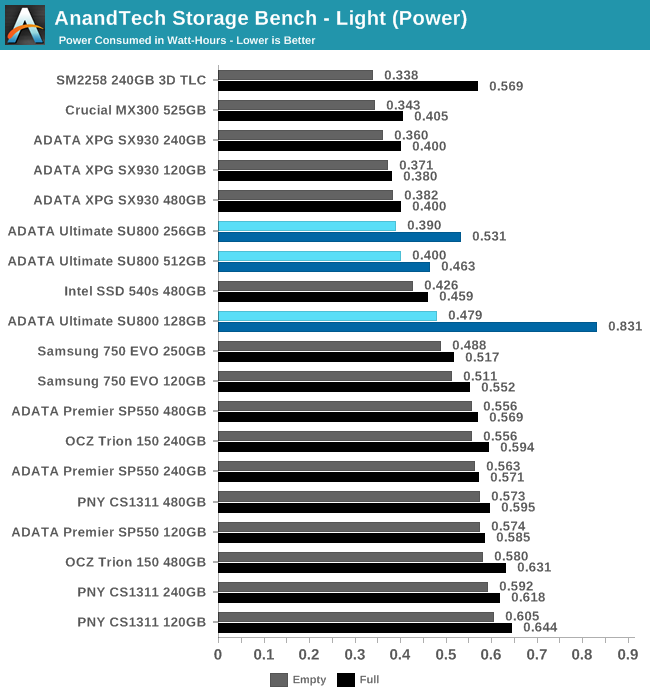 Thanks to their good performance, the SU800s use less energy than most of the competition over the course of the light test, though the slightly slower Silicon Motion engineering sample with more overprovisioning and earlier firmware was a bit more efficient.