The Cougar Attack X3 keyboard shares the same impressive core design as the 600K and 700K keyboards that we reviewed in the past. Cougar is taking advantage of the appearance and rigidity of aluminum to form an elegant design using simple geometric shapes. The surrounding and back frames are plastic, but the keycaps and the main PCB are directly attached to the aluminum board. Large modern characters are engraved on the keycaps. However do note that the Attack X3 doesn't come with a wrist rest.

A closer look at the Attack X3 reveals the main differences between it and the more expensive 600K/700K models. Aside from the three extra keys for volume control above the numpad, there are no extra keys on the Attack X3 for special functions or profile/mode control. In order to reduce the extra cost, Cougar replaced the left Windows key with an FN key and inserted the extra functions as secondary into the F-keys row. While the FN key is being held pressed, F1-F3 buttons switch modes, F4 changes the lighting intensity, F5-F8 change the polling rate, F9-F12 offer basic media functions and PRT SC/Pause switch between six and N-key rollover modes. Despite the lack of extra keys, the Attack X3 remains fully programmable and the functions of each and every key can be adjusted via the software, much like with the premium 700K. 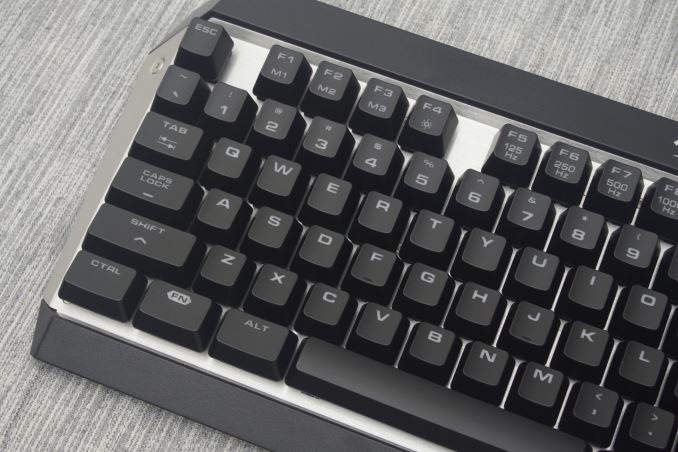 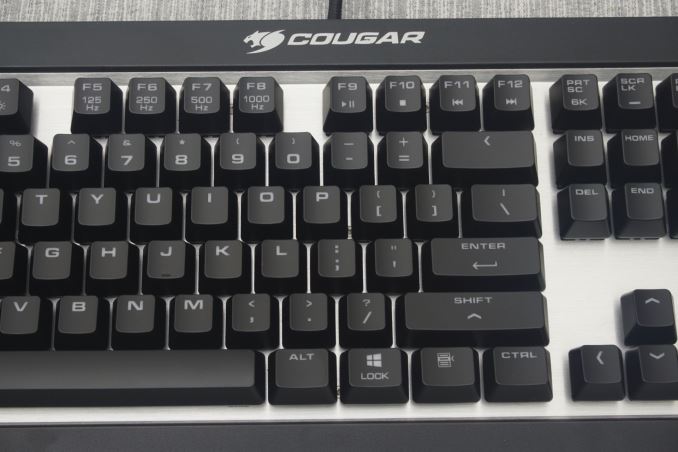 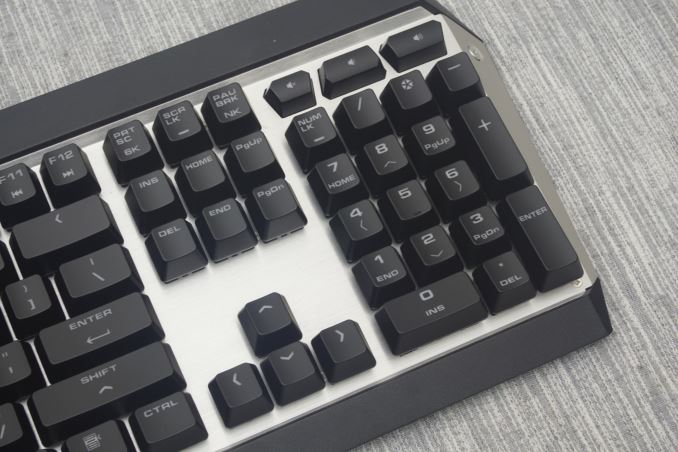 In order to further reduce the costs, Cougar also removed the USB pass-through port that is available on the 600K/700K. There are no headset jacks either. Only the braided cable can be found exiting from the back of the keyboard. Under the keyboard we only found anti-skid pads and two basic height adjustment feet. 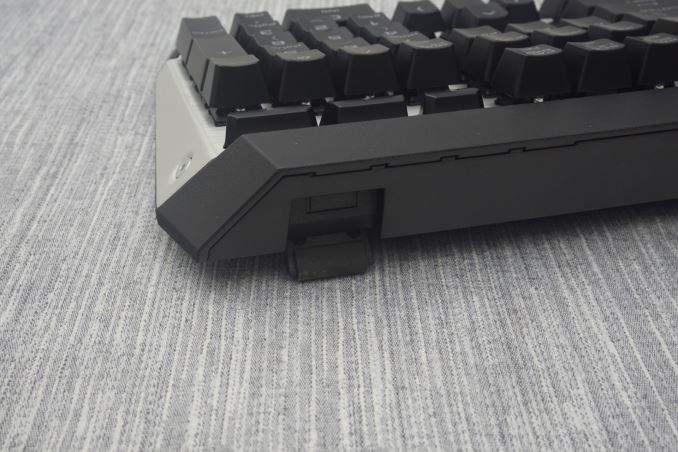 The backlighting of the Attack X3 is red and the keyboard lacks the ability to program per-key lighting. Only the intensity of the lighting can be adjusted via the FN+F4 key combo or the software, or a "breathing" effect mode can be set. The "Lock" keys are not illuminated by default, with Cougar using their LED lighting as the indicator, showing that the lock key is functioning when the lighting is on. 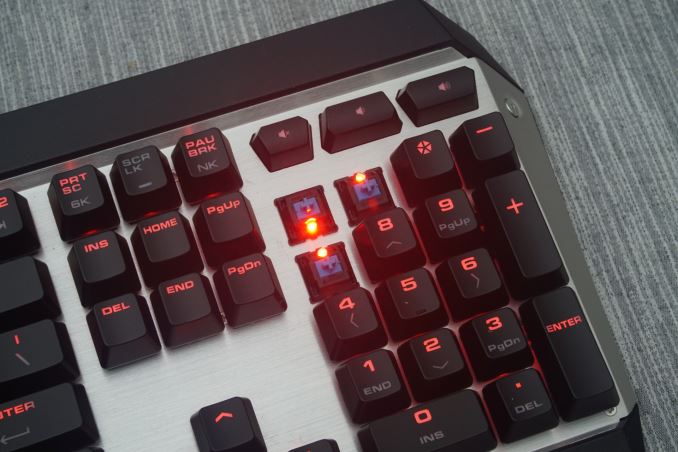 Overall, the backlighting is smooth and fairly well applied. However, the single LED illuminates only half the keycap, causing considerably uneven lighting on keys with secondary characters (mostly the number and FN rows), as well as on the lock keys. This is a visual dissonance that will not be appreciated by those who greatly value the aesthetics of their desktop.

Inside the Attack X3, we found the main board permanently attached to the aluminum plate. A smaller PCB hold three electronic actuators for the volume control keys. The overall assembly/soldering job is immaculate, very clean and with no flaws to be found. The core processor is a bit of a surprise, as it is supplied by the Chinese manufacturer Sino Wealth, making this the first time we encounter one of their products. The manufacturer does not offer a datasheet for this particular processor at this point of time, but it is a low-cost 8-bit processor. 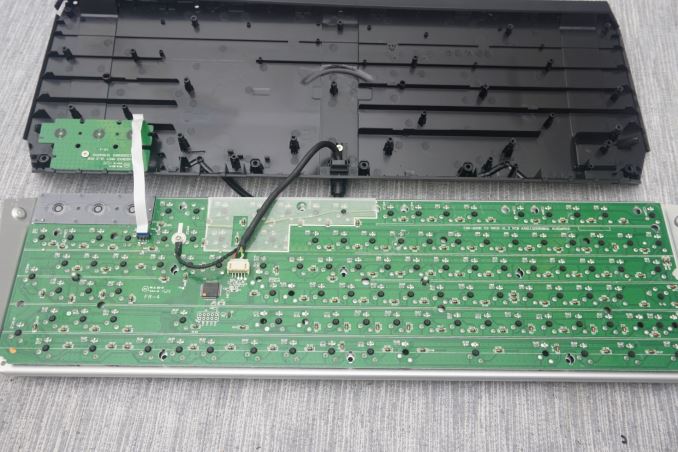 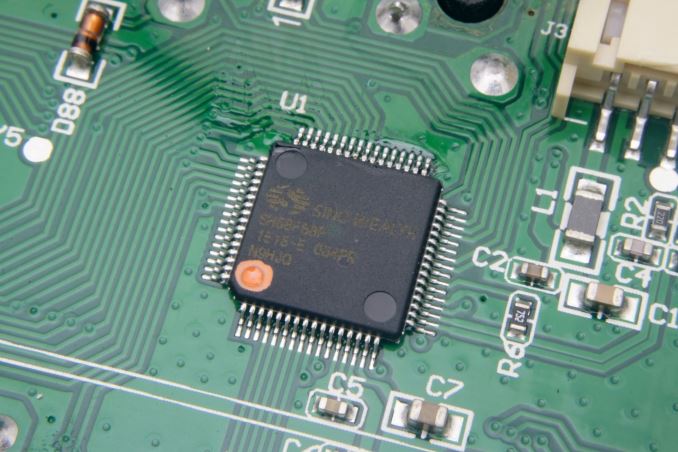