The rising popularity of USB 3.1 (both Gen 1 and Gen 2) Type-C direct-attached storage (DAS) devices and the upcoming Thunderbolt 3 DAS units made it clear that I had to work on some updates to our direct-attached storage testbed. Originally based on the Haswell platform, the DAS testbed used a Thunderbolt 2 PCIe add-on card and the USB 3.0 ports hanging off the PCH. For a brief while, I also added USB 3.1 Gen 2 Type-A and Type-C PCIe cards to evaluate a few DAS units.

The introduction of Skylake has been quite interesting from the viewpoint of fast local storage. While the 100-series chipset doesn't have native USB 3.1 Gen 2 support, it does have plenty of high-speed PCIe 3.0 lanes that enable high-speed bridges to other protocols. Motherboard vendors have decided to enable USB 3.1 on entry-level boards with an ASMedia bridge chip. However, premium boards can be equipped with Intel's own Alpine Ridge controller.

Thunderbolt 3 and Intel's Apline Ridge are interesting for a few reasons (I will go more in detail into these in the review of our first Thunderbolt 3 DAS unit):

Considering these aspects, it made sense to migrate to Skylake for our DAS testbed. In particular, I looked out for a board with Alpine Ridge integrated. Ian published the review of the GIGABYTE Z170X-UD5 TH last Friday, and it turned out that the board perfectly fit the requirements. Intel provided us with a sample of the Core i5-6600K to use in the board. G.Skill also came forward with four 8GB DDR4 DIMMs to give the testbed 32GB of DRAM (the same as our Haswell-based testbed) 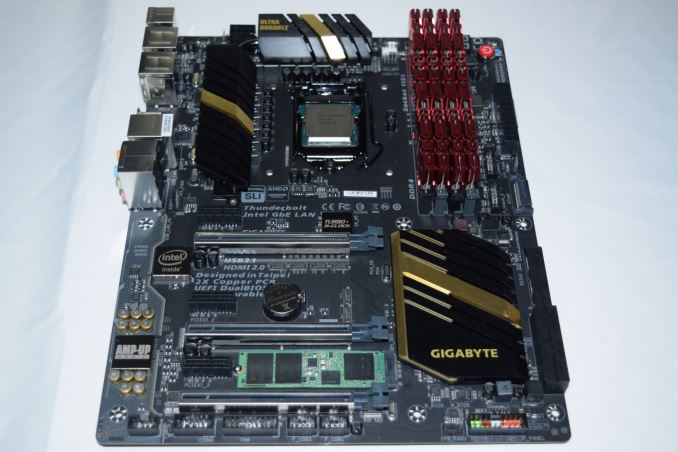 The Corsair Carbide Series Air 540 chassis in our Haswell-based testbed has been great in terms of footprint, ventilation and easy access to components. Two hot-swap internal SATA slots turned out to be a boon for quick secure erases of SSDs as well as benchmarking of internal HDDs meant for NAS usage in the single-disk mode. However, this unintended usage model (I wasn't planning on doing this frequently when I first opted for the Corsair Air 540) was a bit of a hassle, since one of the chassis sides had to be dismounted to access the hot-swap slots. I wanted to address this issue in the new testbed.

In the lookout for a ATX chassis for the new testbed, I had three main requirements:

The Cooler Master HAF XB EVO perfectly fit our requirements. The two X-Dock bays fulfilled our need for hot-swap bays for both 3.5" and 2.5" drives. Since the unit is marketed as a LAN box, it has two rigid carry handles on the side panels to enable portability. The unit can also easily serve as a testbench. Only the top cover (held in place by two screws at the back) needs to be removed in order to access the PCIe cards. The PSU slot also extends slightly out, enabling easier cable management inside the chassis. With plenty of additional drive slots in addition to the X-Dock, it was a no-brainer to go with the Cooler Master HAF XB EVO. 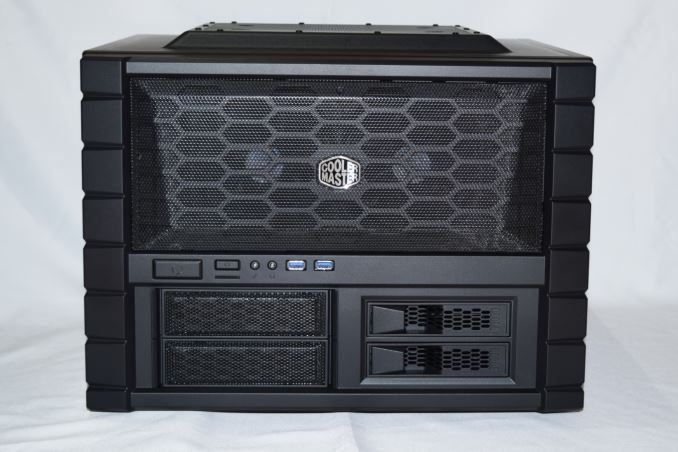 We have traditionally gone with the chassis vendor for the PSU also in our testbeds. Cooler Master suggested the fully modular V750 for use in our system. 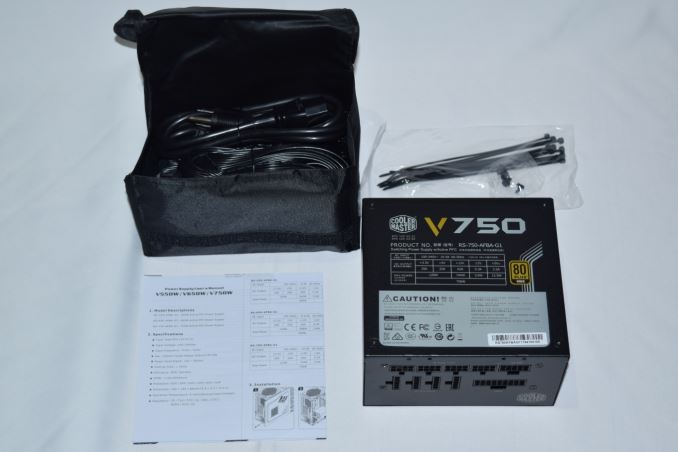 Even though a 750W PSU is an overkill for a system with no discrete GPUs, the rating makes sure that we have the option in the future. The fully modular nature also helped greatly in cable management.

In addition to the above, we made use of a few components that were salvaged from earlier reviews / unused components from previous builds - a Corsair Hydro Series H105 liquid CPU cooler, a Samsung SM951 NVMe PCIe 3.0 x4 SSD for the boot drive, and an Intel 730 series 480 GB SSD and a Corsair Neutron XT 480 GB SSD for use as staging drives for temporary data. The gallery below provides some more pictures from our build process.

Evaluation of DAS units on Windows is being done with the testbed outlined in the table below. For devices with a USB 3.1 Gen 1 (USB 3.0 via a Type-C interface) connections (such as the Samsung Portable SSD T3 2TB that we are considering today), we utilize the USB 3.1 Type-C port enabled by the Intel Alpine Ridge controller. It connects to the Z170 PCH via a PCIe 3.0 x4 link..